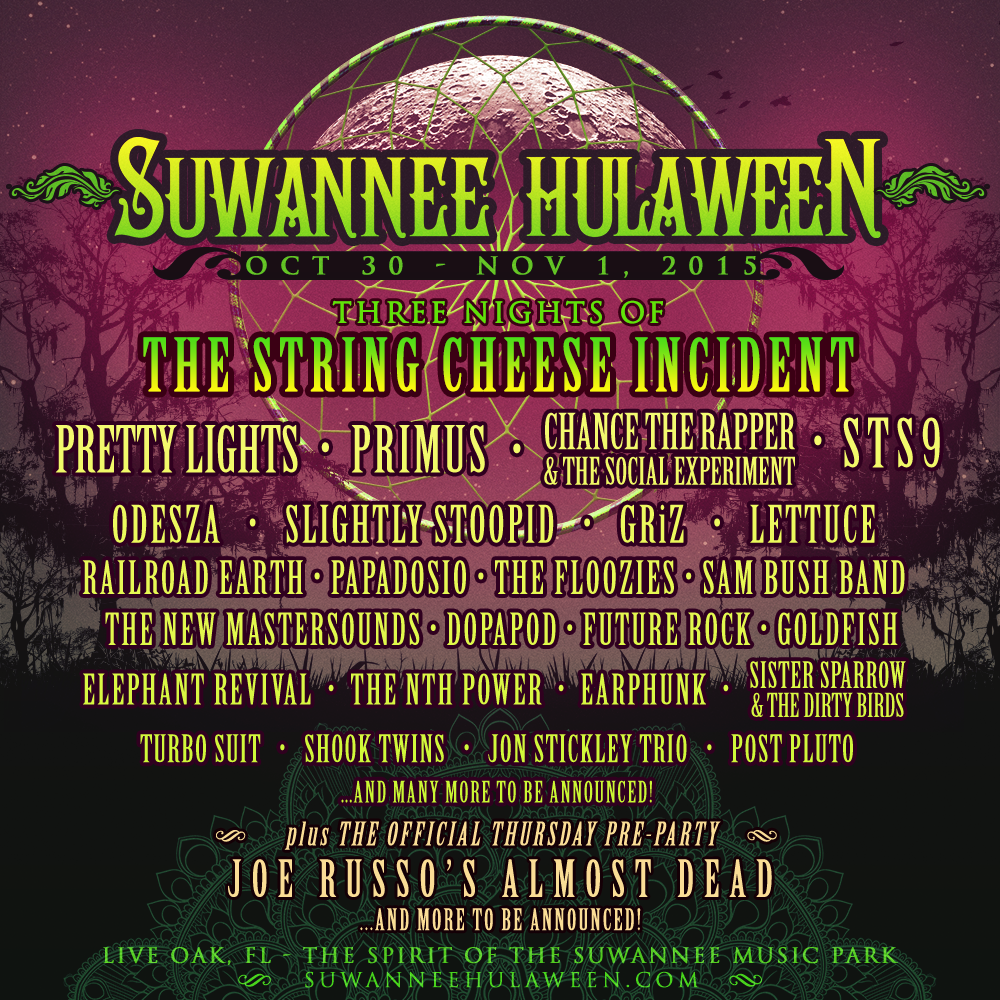 Silver Wrapper and Purple Hat Productions have announced the first round of artists for the third annual Suwannee Hulaween, hosted by seminal Colorado jamband The String Cheese Incident over Halloween weekend October 30 – November 1, 2015 at the famed Spirit of the Suwannee Music Park in Live Oak, FL.

For guests that want to start the party early, Hulaween is hosting an onsite pre-party on Thursday, October 29th with Grateful Dead tribute act Joe Russo’s Almost Dead and several additional artists to be announced soon.

Festival goers can also get excited for the return of an expanded Spirit Lake – an experiential artistic glowing menagerie of multimedia metalwork, paintings, sculptures, light projections and live performances that morphs the prehistoric-looking forest into a vivid dream-like space. With hardly any overlapping sets throughout the weekend, attendees have plenty of time to wander the mystical campgrounds abuzz with costumed fans and interactive theme camps while not missing any music they want to experience. Suwannee Hulaween will also feature theme nights, yoga, workshops and endless interactive surprises throughout the weekend.

Set in the midst of 800-acres of Spanish moss-draped oak and cypress along the black Suwannee River and complete with the largest bat house in the southeast US, Spirit of the Suwannee Music Park is one of the most beautiful live music venues in the country. The park also offers guest comforts including a general store, full-service restaurant, free showers, indoor bathrooms and water stations.