Review: War on Drugs at The Fillmore Miami Beach, 6/17 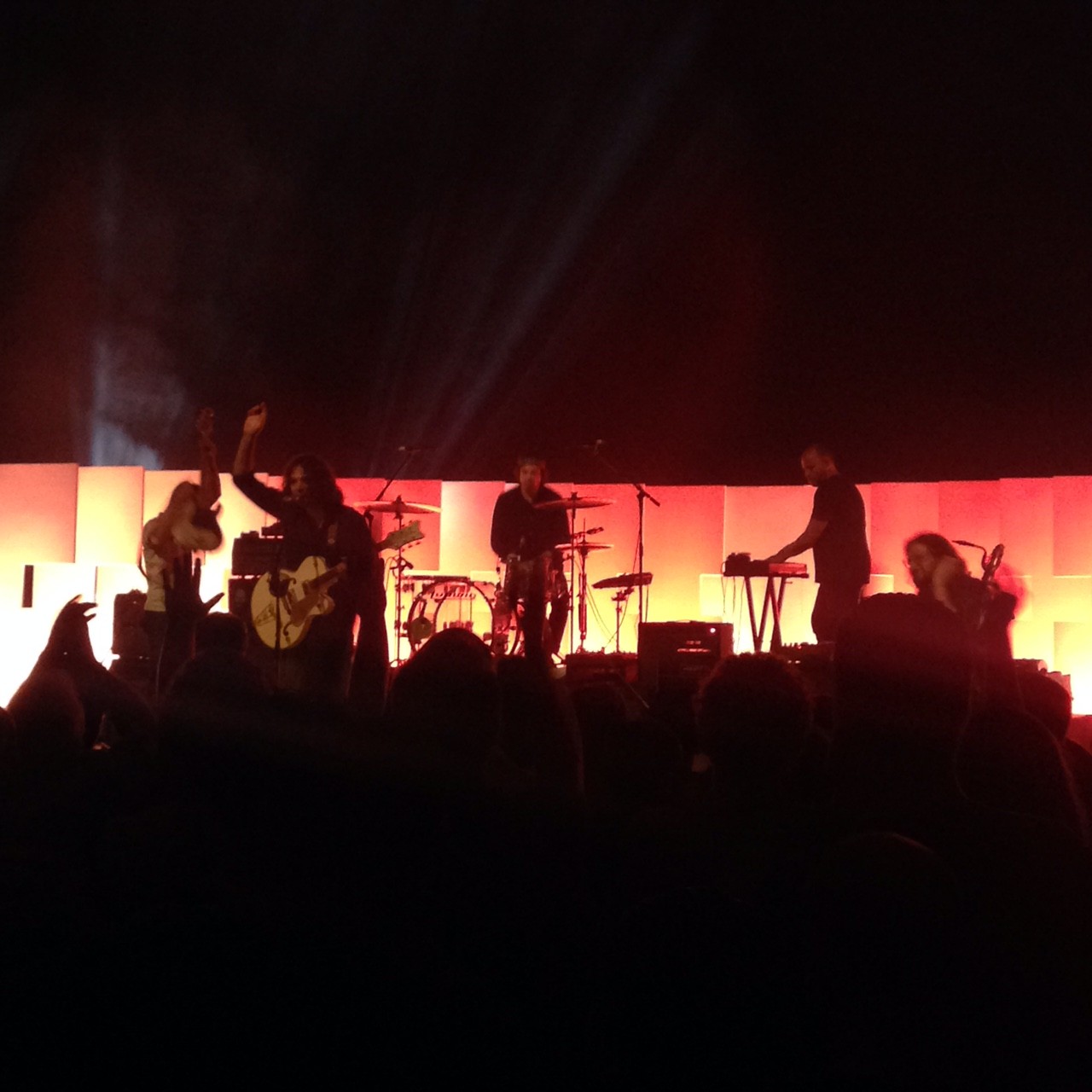 You know you’ve found something special when you hear influences of Bob Dylan, Dire Straights and Springsteen, sprinkled with ambient synth sounds reminiscing Eno or Floyd.  Although one might argue that The War On Drugs is just another Americana band that can play the same old chords everyone else can, they surpass that sentiment by capturing and transmitting something different – something special.  It’s impossible to figure out how that happens, but it’s there.  Maybe it’s just honesty; I always thought that’s a major factor on how music affects people, and how it ages over time…  The genuine stuff rises to the top, and The War On Drugs material is about as raw and honest as it gets.  After last night’s show, I’m ready to go on tour.

The War on Drugs have been been on tour supporting their most recent record, Lost In The Dream, one of those records that you can push play and just let it ride.  Opening their set with Burning, the entire show was very heavy with Lost In The Dream material (as expected).  However, they did well choosing notable gems off earlier records Slave Ambient (2011) and Wagonwheel Blues (2008).  It was refreshing to see a six-man live act performing something real and organic, with flawless interaction surmounting layers of sound.

Lead front man Adam Granduciel was sure to acknowledge the Miami audience throughout the show, but for the most part there were seamless transitions between songs using atmospheric guitar and synth drones as the conduit.  There was no shortage of intrigue with the various members of the band.  An Ocean In Between the Waves showcased the talents of Jon Natchez on the baritone sax.  Once you tuned in, it was plain to see how much Jon was driving this song.  Horns have a way of arousing a shit-eating grin on one’s face, and this was no exception.  Another notable instrument on stage was the ARP Quartet, tickled by Anthony LaMarca (who was also crushing it on a guitar).

Their stage setup was simple and tasteful with an art installation of white boards forming an arc that reached toward the back of the stage.  These were backlit with lights that could easily change and set the mood depending on the song, often looking like pixelated Legos.  In addition to a stimulating visionary experience, the installation no doubt aided in shaping a full sound for the band.  You had no problem seeing all members of the band, and the drummer’s kit was actually see-through, playing very strange tricks on the eyes.  For once you could see the drummer’s entire body, entire movements.

Disappearing had the audience in a trance.  David Hartley’s bass hook carried the sounds of Jon’s faraway trumpet through this decidedly mellow jam.  Delicate and ethereal, it was a moment of introspection for myself, and I caught myself wondering who else in this audience was seeing themselves, outside themselves?  To break this thought provoking tune, Red Eyes seemed an appropriate follow up to the set.  This incarnation of the song took me from 0-90, like I was a bobble-head on the dashboard of a car named Freedom.  There was no way I could make it through this song without dancing like a banshee; it would have been rude not to.  It is in this song again that we see just how important the baritone sax is in this band, the underlying conical force of thin brass.  Altogether, Red Eyes is a triumphant song with undulating guitars and vocals that you can’t help but scream along with.

After friendly banter with the audience, they gave us a triple encore, where Granduciel ragged on drummer Charlie Hall’s “ Cabana Wear” fashion choices, dedicated a song to his BFF from Philly (Michael Johnson), and announced they’d be partying at Gramps later.  It was then that he took the most beautiful white western guitar of a cowboy, and sang sweetly on one of their oldest tunes, Buenos Aires Beach.  The War On Drugs was an astonishing act to see live, with a band as tight and comfortable with each other as a pack of wolves in the desert.