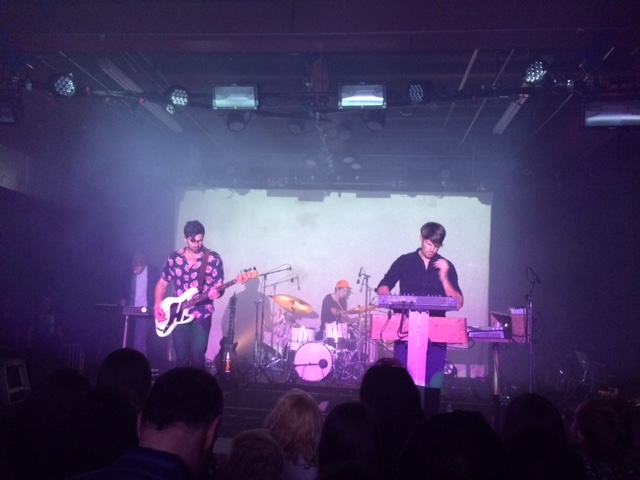 Scott Hansen is truly an artist in every sense of the word. From his musical productions as Tycho, to his immersive photo and design works as ISO50, Hansen works diligently in these different spaces. And although different, both his realms of creation go hand in hand. Tycho’s music is down-tempo, ambient, and straight-up beautiful, all while containing some of the most melodic-fission-induced-tones humans can comprehend. Each type of music comes with a reactionary feeling from listening, but Tycho’s productions have the ability to provide listeners a sense of floating. Between the flawlessly layered bass lines, to the synth overtones, I know I can’t be the only one who experiences this.

Tycho’s live show incorporates a backing band to fully bring out Hansen’s desired sound. For the studio productions Hansen does an impeccable job of staying between the lines, but when coupled with live instrumentation, the tracks become a bit looser. Between the drums, bass, guitars, and extra synths, there is room to expand and this allows Hansen to navigate his sets more freely.

Autograf, a Chicago production duo, opened the night. Upon entry I was intrigued by their set up which included a conga drum and MalletKat Pro (electronic xylophone type instrument). Moving through original tracks and remixes of: Lorde’s ‘Team’, Odesza’s ‘All We Need’, and Stevie Wonder’s ‘Superstition’, the duo provided a solid opening set for the anxious crowd. 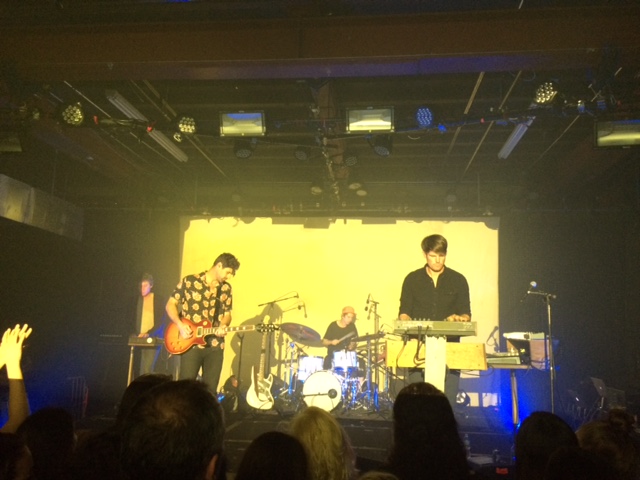 Just after 10:30 Hansen and crew took the stage. Met with tons of applause from the packed house, the band walked out to Bibio’s remix of ‘Spectre’, an airy remix of a track from Tycho’s newest album, Awake. From here Tycho went right into ‘Adrift’ from their first major-released LP, Dive. This was a proper opener and set the aural tone for the evening. Backed by an LED projection of photos/videos, that I can only assume to be ISO50’s work, the natural setting was complete for this journey. After a handful more from Awake, with the classic ‘Hours’ tossed in, Tycho took it back to the album Past Is Prologue and played its’ title track, as well as, ‘PBS’. This was awesome to see that the band could not only replicate the tracks from the latest LPs, but also those produced nearly 10 years ago. I’m sure long before Hansen could’ve imagined playing live with a full band. ‘Past Is Prologue’ featured some great backing drums, and I watched the drummer’s awkward face closely to ensure he was not having a seizure as he steadily pounded his kit. At this point Hansen picked up his own guitar to add another layer of sound to the performance. Heading into a few more tracks from Dive, including the fan favorites ‘Dive’ and ‘A Walk’, then finishing with the album version of ‘Spectre’, we seemed to end up right where we began. After initially exiting the stage, Tycho was kind enough to return to offer the Miami crowd to an encore. He appeared solo this time behind his rig of electronics, and jokingly stated he was ‘giving the rest of the guys a break’. Hansen played out Com Truise’s remix of ‘Awake’, and was then rejoined by the rest of the band members who performed a perfect transition into a personal favorite from the newest LP, ‘Montana’. Between the varied setlist spanning their catalogue, soothing guitar riffs, and warm accompanying visuals, Tycho offered a sincere and spectacular performance. 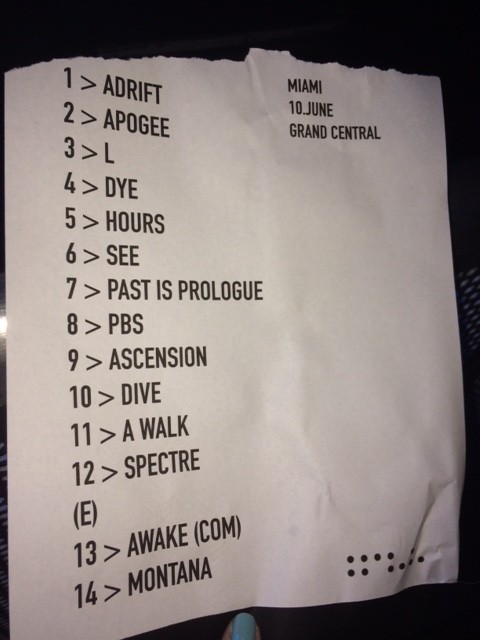 One Response to “Review: Tycho at Grand Central, 6/11”

Check out the New 2015 Miami Heat song. Let me know if you have a fat beat and would like to enhance the music: https://www.youtube.com/watch?v=lzZ-aDu5MSs