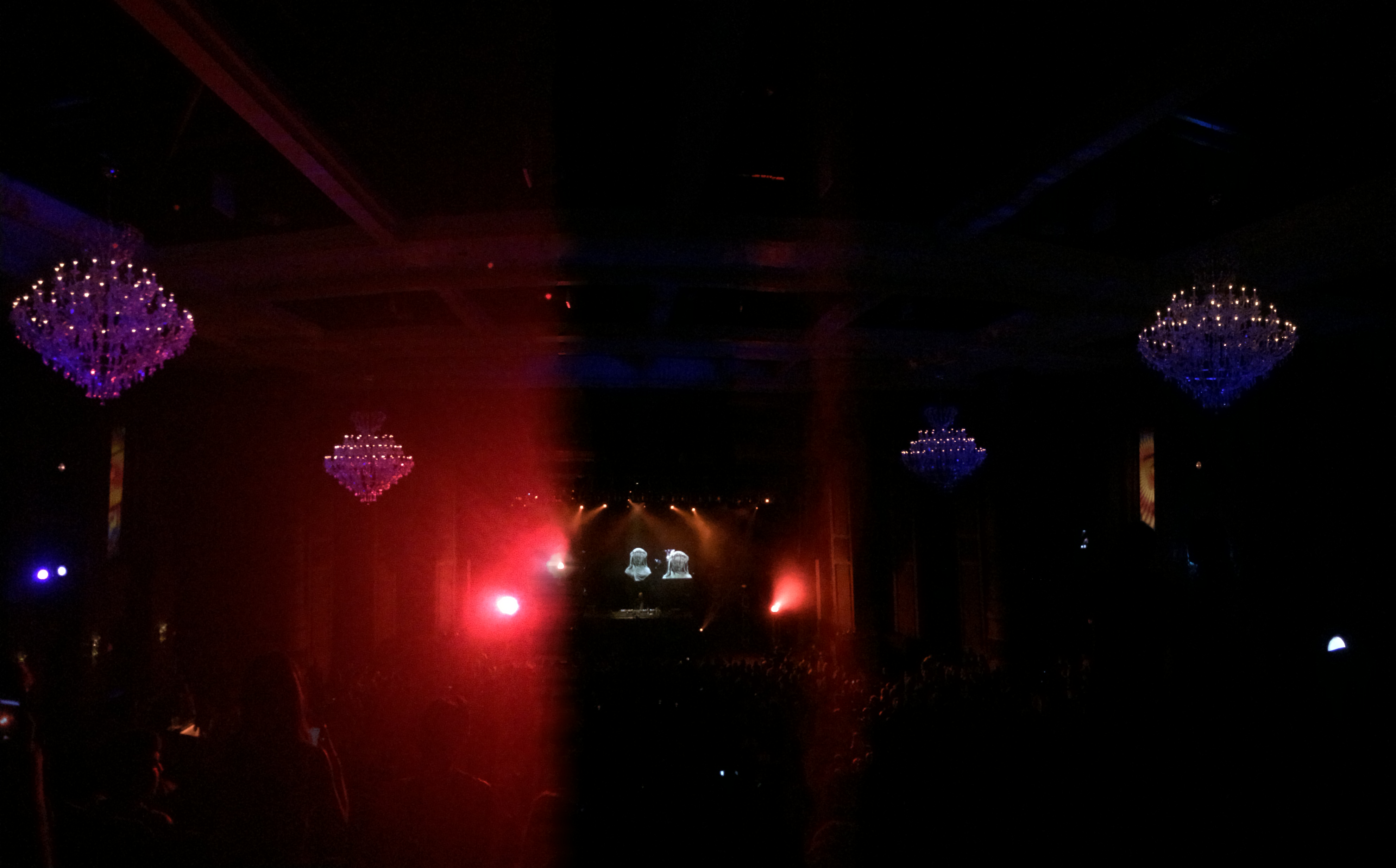 HARD events decided to take the show on the road this season and brought the Go Hard tour to Miami Beach’s legendary Fillmore at Jack Gleason Theater. Hard Events, led by Gary Richards aka Destructo, began in LA and has been a staple in the festival circuit for years now, attracting all sorts of artists from different corners of electronic music. This particular installment of Go Hard consisted of (in order of appearance): Amtrac, Tokimonsta, GRiZ, Destructo, What So Not, Rae Sremmund, Bro Safari, Mat Zo, & Dillon Francis. Originally set to take place at Bayfront Park, the event changed venues the week prior. The switch still worked, but typically an all day event is more enjoyable in an outdoor setting. But regardless, the Fillmore has awesome sound, and I certainly took the time to check out all the great audience perspectives it had to offer. This theater is dripping with history, so its always interesting to see the photos and old tour posters that are hung in the halls.

The day featured 9 acts over 8 hours, so the changing between djs was quick on the solo stage. I entered as Tokimonsta began, and she was setting a nice tone with dark instrumentals. As the set progressed it got interestingly mixed up, from “Nothin but a G thang” and “Shimmy shimmy ya”, to Tiga’s “Buggati” and Dog Blood’s “Next Order” she played a wide range of tracks. 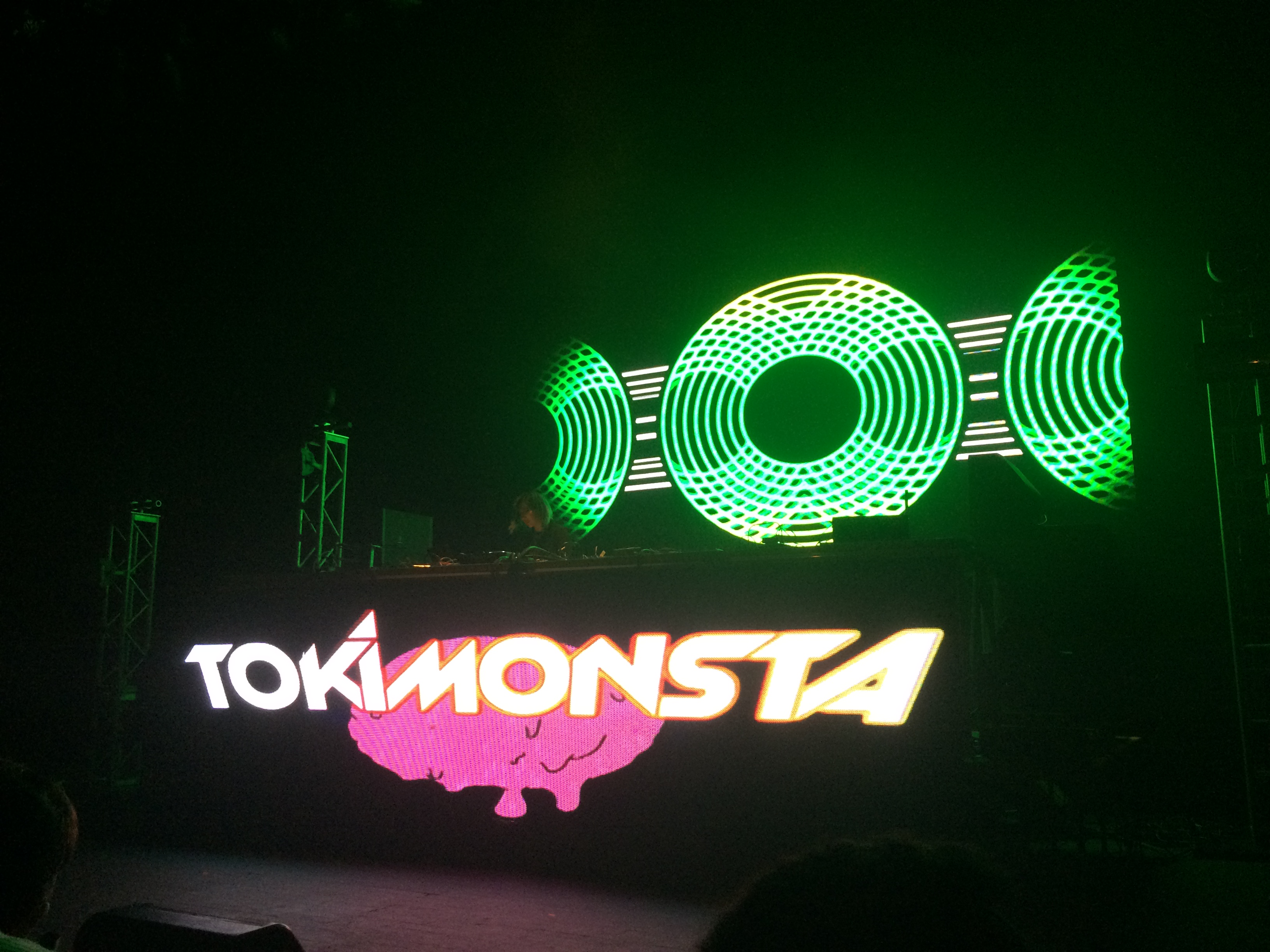 Up next was someone I was looking forward to seeing live for the first time, GRiZ. With sax in hand, his act presents a different take on the dj sets we’ve become accustomed to. GRiZ also plays mostly his own productions, so its refreshing to have an idea of what can be expected. This set was entertaining, featuring tracks from his new album Say It Loud, and a computer mishap where the awkward silence was eventually broken with the Bee gee’s “Stayin Alive”. 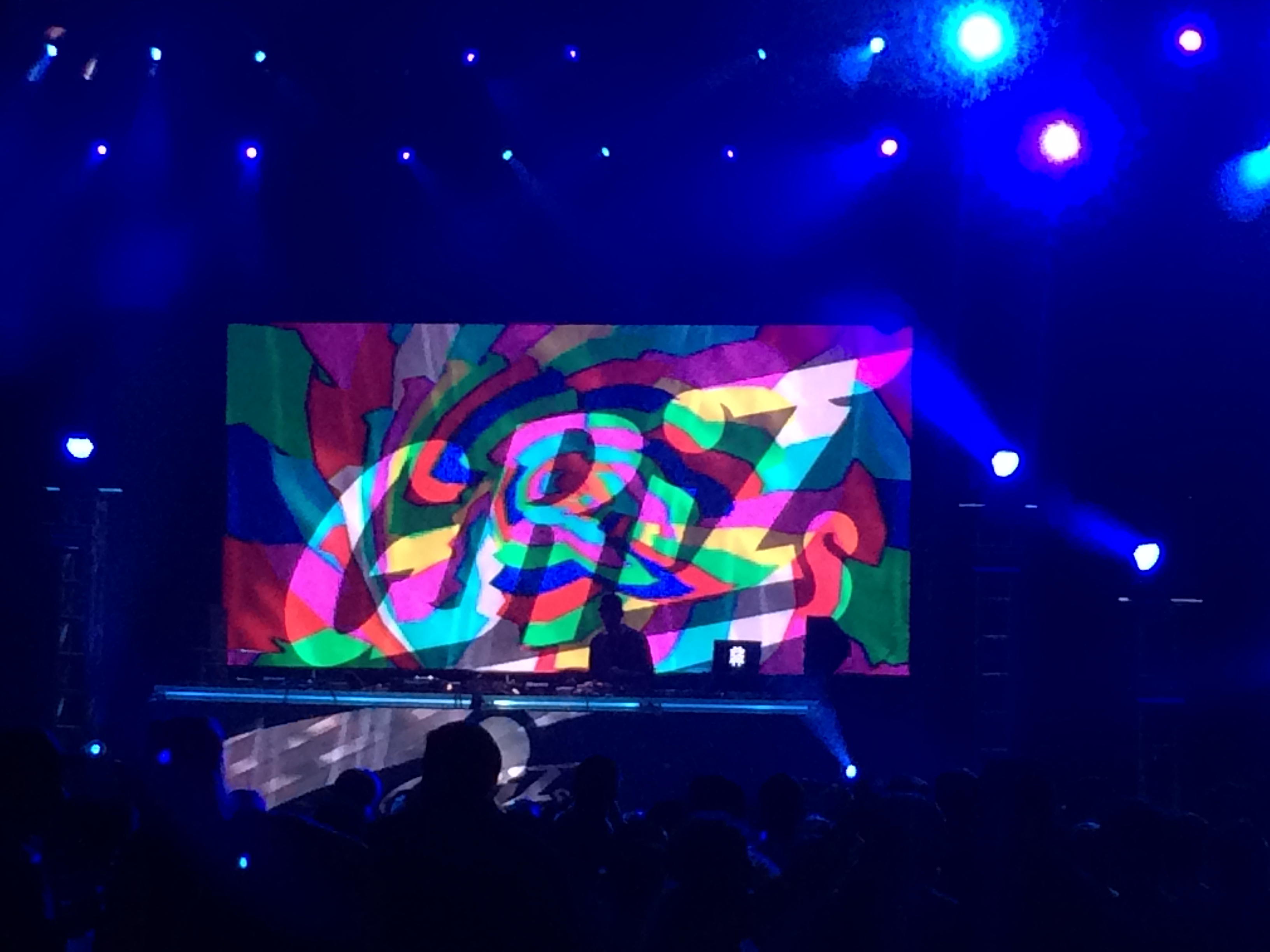 Destructo then took over with a pineapple circle set up surrounding the CDJs. This seemed ritualistic, but I can’t say I’ve seen it before from him. Bringing a high tempo as usual, he moved through remixes of Jack U, RL Grime, and A$AP Ferg, then into some of his own tracks, including ones off his latest EP West Coast. About halfway through the set Richards made his way out front, holding a cane, to state this was the ‘first time he could stand in 6 weeks.’ Not sure what happened between now and Miami Music Week, but he was in good spirits to be behind the decks again. 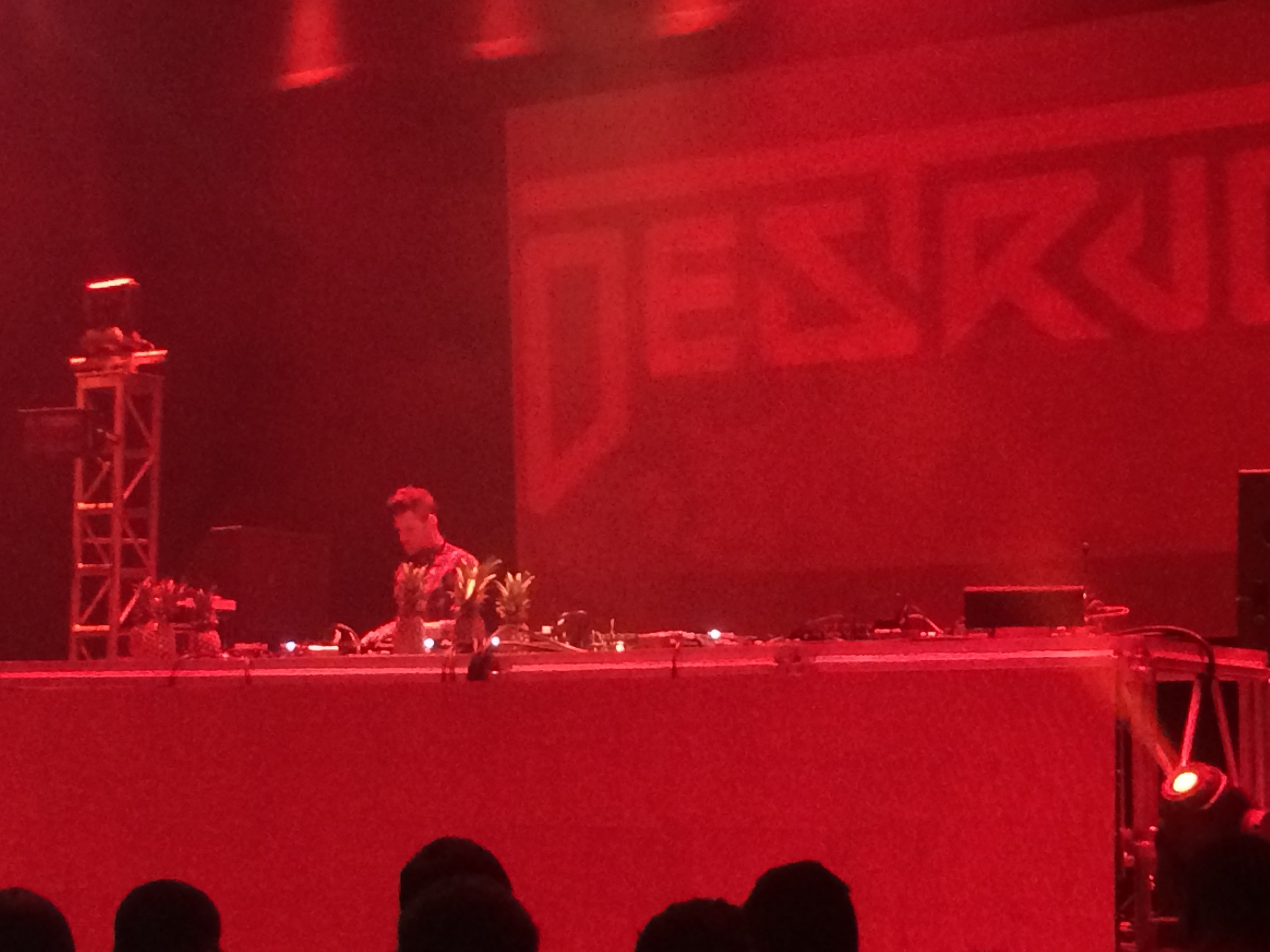 At this point the front pit was blocked off by the fire marshal for being at capacity, and the remainder of the floor was filling in. There was plenty of seats open so I decided to enjoy What So Not from upstairs. What So Not, originally a duo consisting of producer Emoh Instead and Flume, now only features Instead in the studio and behind the decks. This set was differently tasteful and included original productions, as well as, hits from Jamie XX, Kanye West, and Rick Ross. His transitions were smooth, and the intro that brought in “Black Skinhead” came out of nowhere. 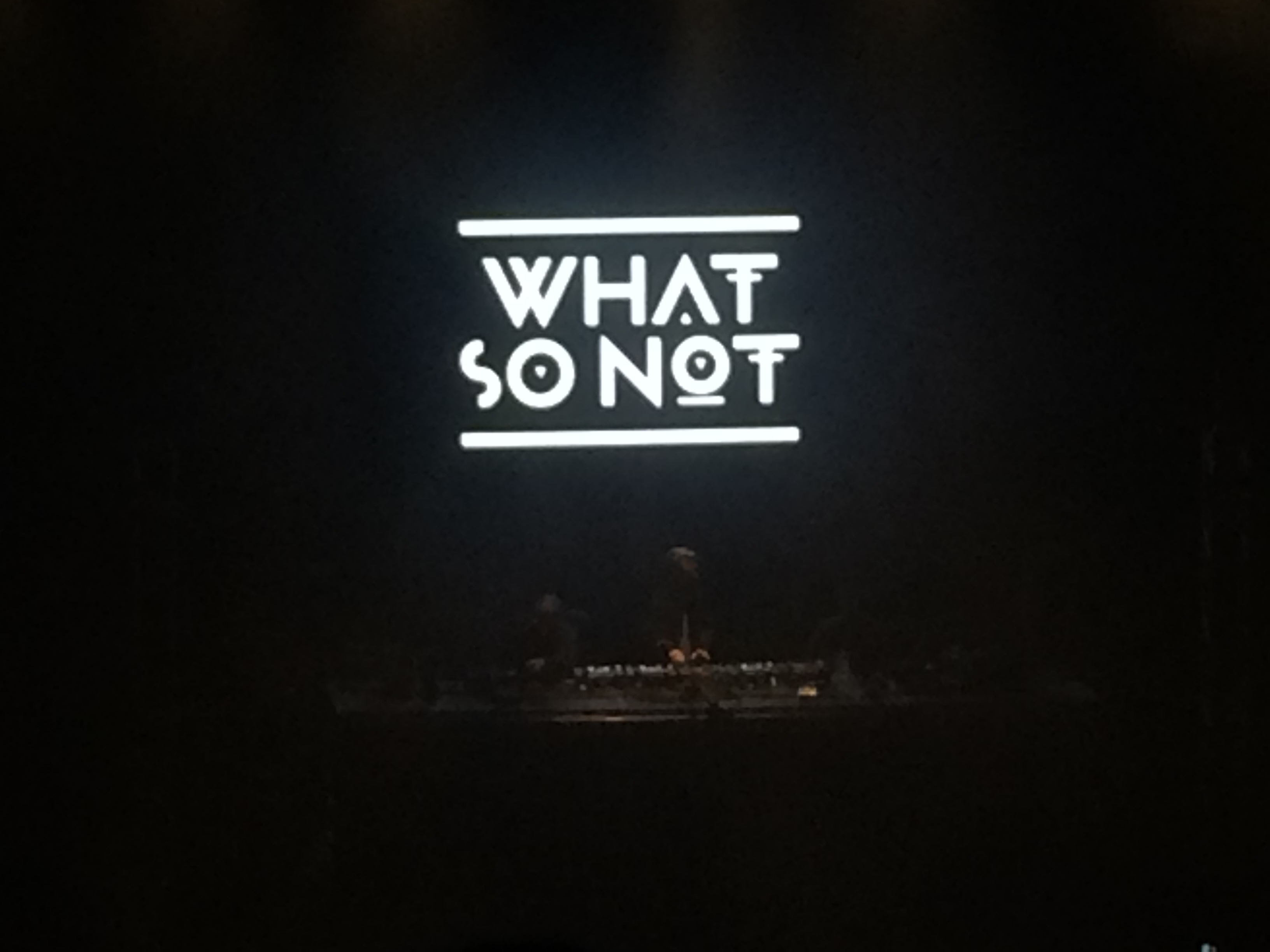 The duo that followed can be described with one word, I’m not sure which word, but somewhere between insane, turnt, or ridiculous. “Swae Lee” and “Slim Jimmi” of Rae Sremmurd took the stage with a dj booth full of crew. These two said this would be the best show of the audience’s life, and I will admit they tried their best. Performing hits such as “No Type” and “No Flex Zone”, while also providing antics like pouring Ciroc on their heads and climbing on the speakers, it was an entertaining half-hour I could laugh at. (the Ciroc was wasted on account of they were too hung-over and still ‘faded’ from the night before) 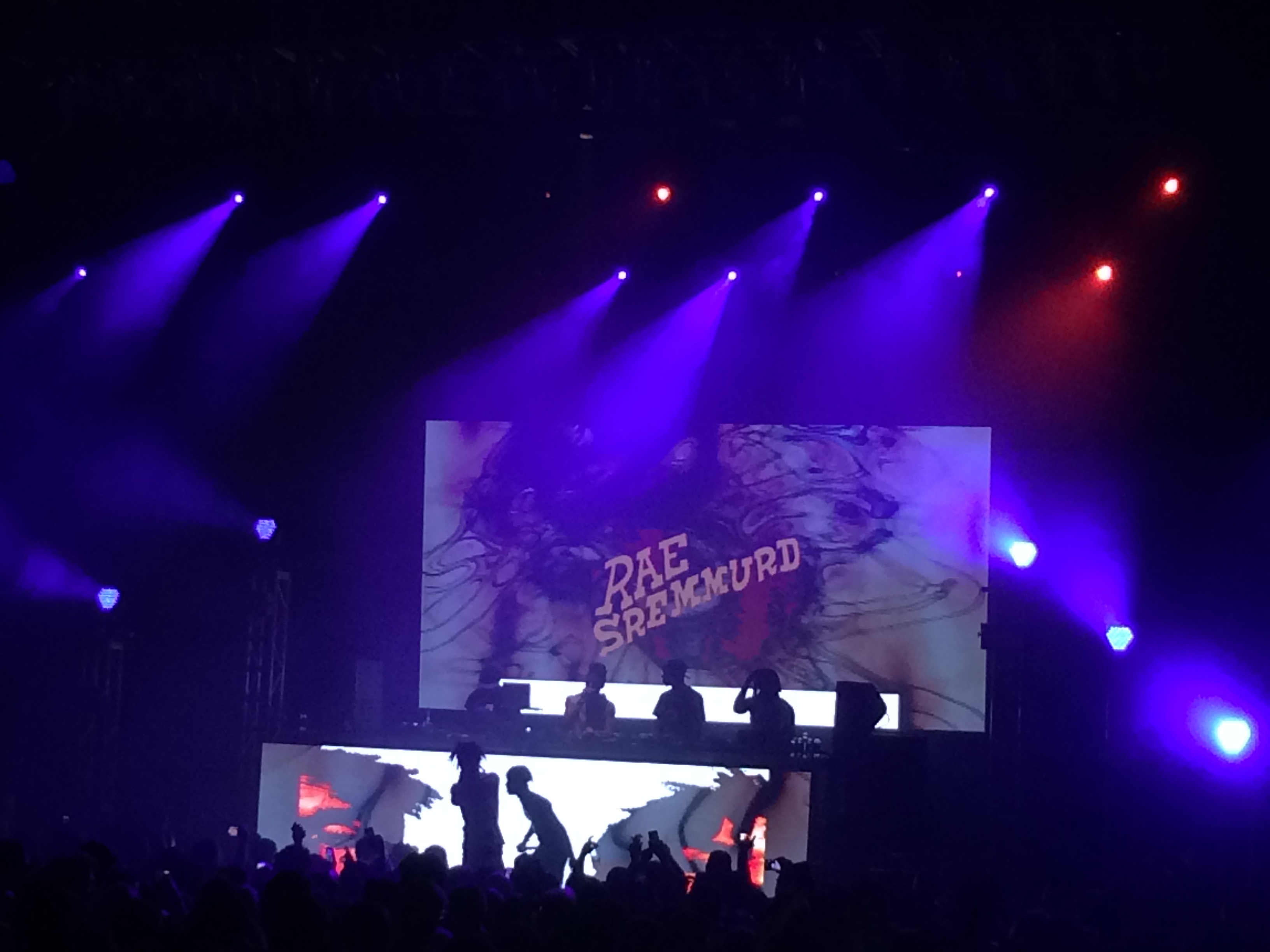 Next was the final 3 hours consisting of set from Bro Safari, Mat Zo, and Dillon Francis. Bro Safari’s set was a bit heavy for my liking, but I can agree that the use of an MC livens a dj set. Playing out tracks from Skrillex, Flosstradamus, and a trap remix of an old crowd favorite, “Heads Will Roll”, Bro Safari had people hype. There could only be so many trap and other cliché EDM drops though, before I was ready for the next act to come on. Mat Zo, the London born musician, has a wide range of influence and his successful studio album tells of this creativity. Mat Zo’s set consisted of a much deeper electro sound and his transitions were on point. I propose A-trak may have taught him a few things as he sported a Fool’s Gold t-shirt. Unfortunately for me, I had developed a massive headache by now, and about halfway through his set, after hearing a bit of Above and Beyond’s remix of “Blue Monday”, decided to call it a night. This event overall would not portray my current musical interest, but the production ran smooth and was well received by those who attended. Let’s hope Hard will continue to bring artists to Miami in the future. 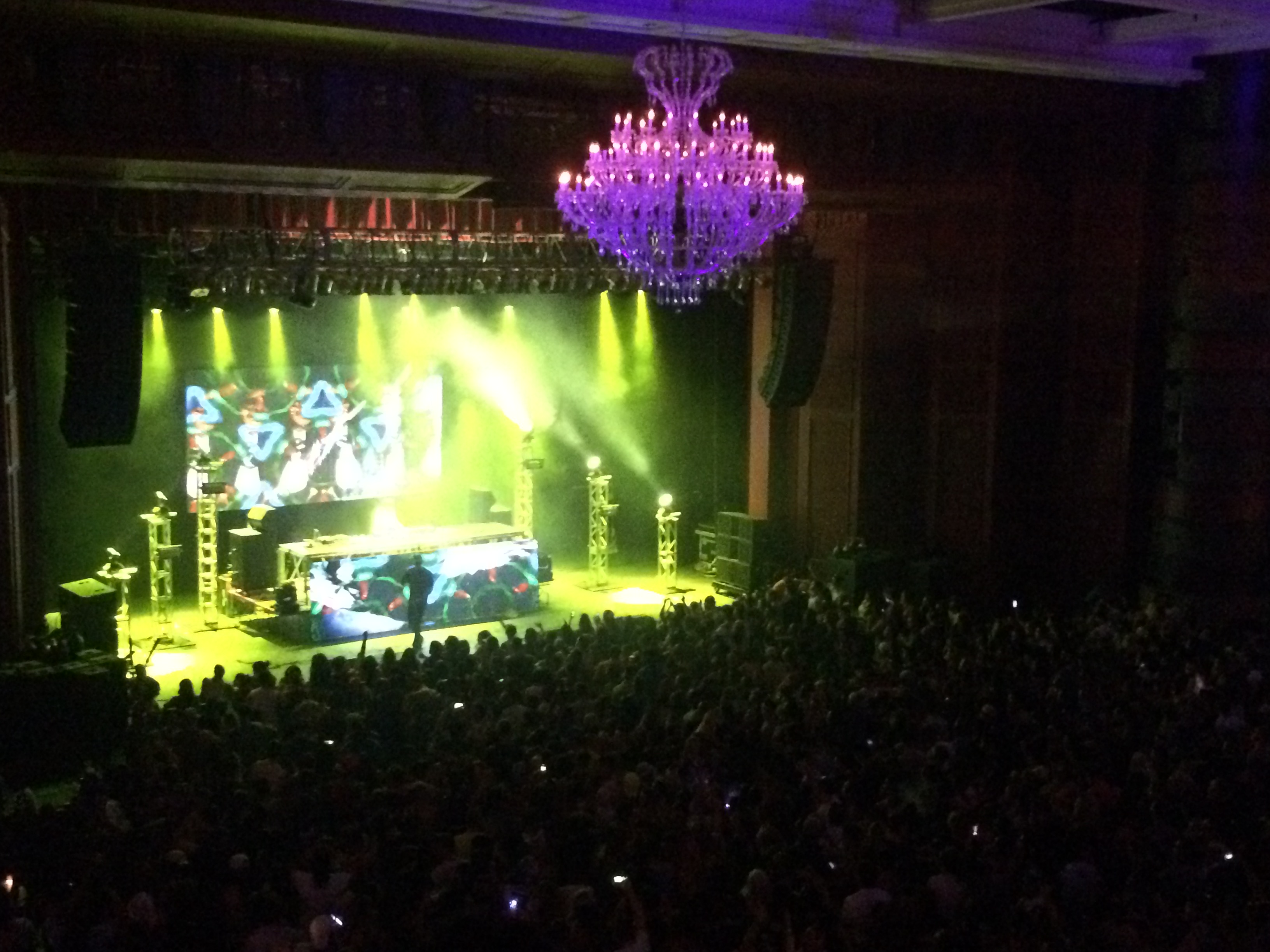