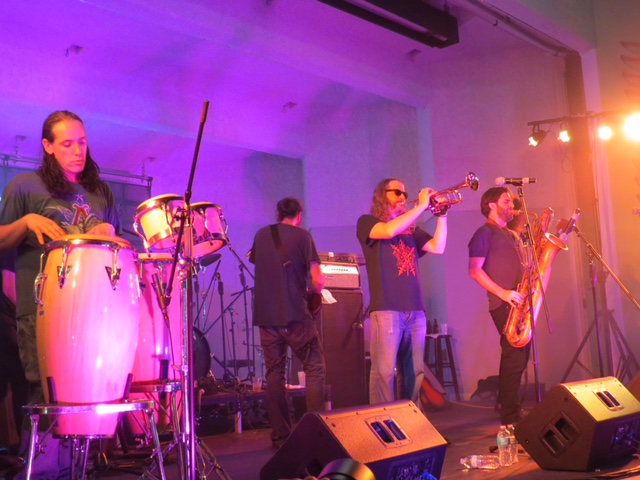 Last Friday, April 10th, the Budos Band descended upon the North Beach Bandshell like a bat out of hell! This Rhythm Foundation produced show was a slight departure from their usual deeply rooted world music as the Budos Band, known for their afro soul music, turn it up a notch bringing the raw fury of punk rock elevated by the metal intensity of the dark horn section and distorted bass guitar. 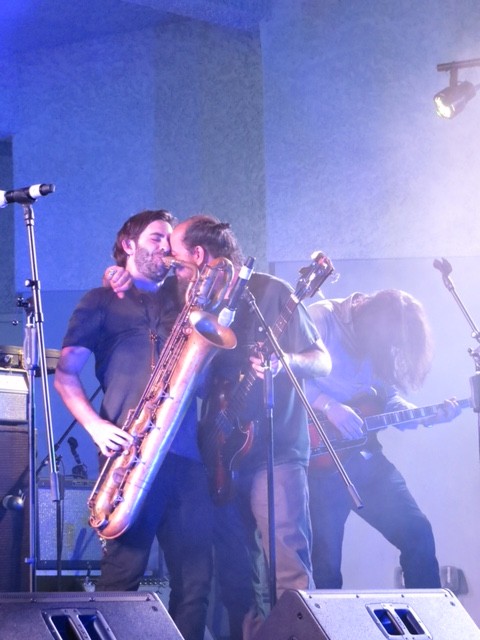 Daniel Foder was ripping the bass strings like a young Mike Watt while Jared Tankel delivered a demonic growl from his Baritone Sax.

“We’ve always followed our own taste that is how it has evolved over time and over the course of the band. You look at some bands and they stick really close to whatever genre and scene they are in and for us we just followed the road of creativity to wherever it leads us. On the first album, early on, we were heavily influenced by Fela and James Brown and Curtis Mayfield and stuff like that; then we got into the Ethiopic stuff, Ethiopian jazz and Mulatuo Astatke. All along we have always been fans of 70s hard rock and early metal so we finally said we want to figure out how to do this as the Budos Band. Not become some rock metal band but figure out how to do it where it makes sense and that is really where we ended up on the fourth album.” - Jared Tankel (Sax) 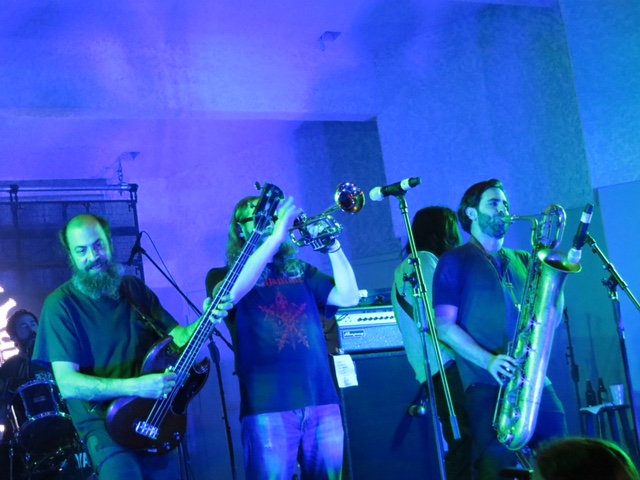 The Budos Band’s latest album, Burnt Offerings, also features a darker sound. This was the Budos Band’s first self produced album allowing them to really speak to the band members’ tastes.

“One difference between Burnt Offering and prior albums is that we took longer to record this one then albums in the past. We recorded in multiple sessions after we had fully written the tunes as opposed to cranking out an album in a weekend. Burnt Offering for us was important in that we took our time with it, we were really hard on ourselves and really challenged ourselves to make the best recording, the best mixes, and everything down the line. We weren’t going to be satisfied making Budos Band IV, after I, II, III; we really wanted to make something that stood out on its own and had its own identity.” – Jared Tankel (Sax) 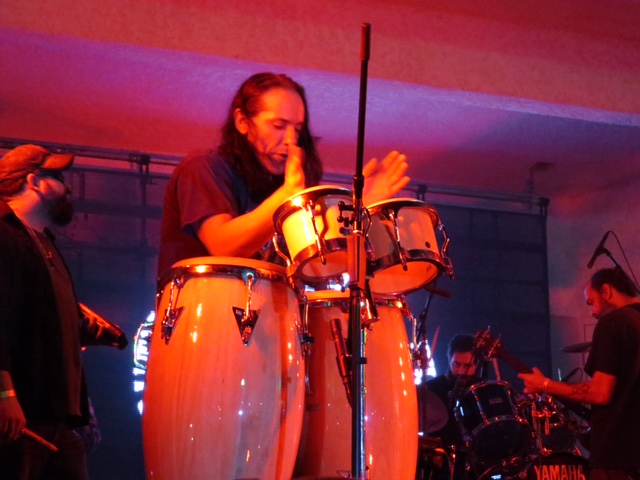 The Budos Band held true to their roots featuring driving hand percussion on the bongos and congas as well as beautiful spanish style trumpet lines. Steeped in Ethiopian jazz and other blends of African music from the 60′s and 70’s, the Budos Band lays down deep grooves and intricate polyrhythms.

“People struggle to label us in a particular genre because we do draw from afrobeat. We draw from funk and soul. We draw from Ethiopian jazz. We draw from 70s hard rock. So it can be challenging for people to figure out what box to put us in. But I think that above anything else we are really a great representation of contemporary instrumental music. These days all music necessarily references music from the past in some particular way, whether it is a straight rip off of new wave, or something like Sharon Jones and the Dap-Kings who are heavily referencing late 60′s Motown and Stax. We stay true to what really truly inspires us. We draw on all these different things from all over the world, local and far away. That is the most contemporary and modern way to write and perform music at this point. There has been such a wealth of music before us that has come from all over the world and we are in a very fortunate position to be able to take all that and make something of our own out of it.” – Jared Tankel (Sax)

The show was but a blur of afrobeat, soul, punk, groove, and metal all swirled together; leaving me slightly disoriented seeking my Uber back home to pop my Burnt Offerings vinyl (available from Daptone Records) onto my record player to do it all again.

Big thanks to the Rhythm Foundation!

Rhythm Foundation is a non-profit organization celebrating its 27th season of presenting outstanding international artists in South Florida. We are a foremost presenter of world music in the US – presenting more than 500 concerts, events and festivals by established and innovative artists from around the world. Special focus is given to those cultures connecting to South Florida audiences – music from Brazil, Latin America, the Caribbean, Africa, Asia, and Europe.

One Response to “Review: Heineken TransAtlantic Festival with The Budos Band”

This is supposed to be a review? Some bad pics, lame captions and quotes from the band?