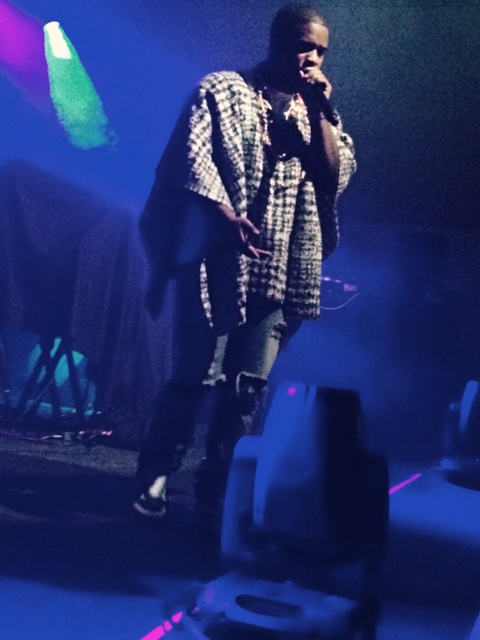 I have long held that the best thing about Art Basel isn’t the art; it’s the music. An intensely packed city filled with tourists breeds an equally intense calendar of events, and the possibilities for cultural immersion are endless, with a multitude of art fairs, pop-up eateries and music venues vying to be proclaimed the hottest ticket in town.

This year’s undisputed winner are the masterminds behind III points, who fresh on the hells of the success of their fledging festival announced a partnership with the National YoungArts Foundation for Miami Art Week. FKA Twigs, James Blake and SBTRKT were announced as headliners, and I all but had an anxiety attack trying to figure out which shows I would attend.

Leave it to YoungArts and their seemingly endless supply of resources to produce an incredible show. Prior to A$AP Ferg taking the stage, YoungArts alumni were given an opportunity to play for the crowd and as always, I was absolutely stunned by their talent in consideration of their youth. There’s no shortage of famous YoungArts alumni (think Kerry Washington, Adrian Grenier  and Nicki Minaj, to name a few) and I wondered whether perhaps I was watching someone on the verge of becoming someone.

By the time A$AP Ferg appeared, a crowd had more or less filled out the impossibly large white tent constructed expressly for the show. I tend to think of A$AP Ferg and his brand of art as “designer rap” because I feel like these are artists that are cultivating their sound and image to resemble a supremely cool and somewhat attainable level of chic. I didn’t even know there were more A$AP’s outside of Rocky, but apparently there’s a whole mob. A$AP Ferg (along with Warpaint, my irrefutable girl crush) actually appears on a SBTRKT track on his most recent album, “Wonder Where We Land,” so opening for him made sense. 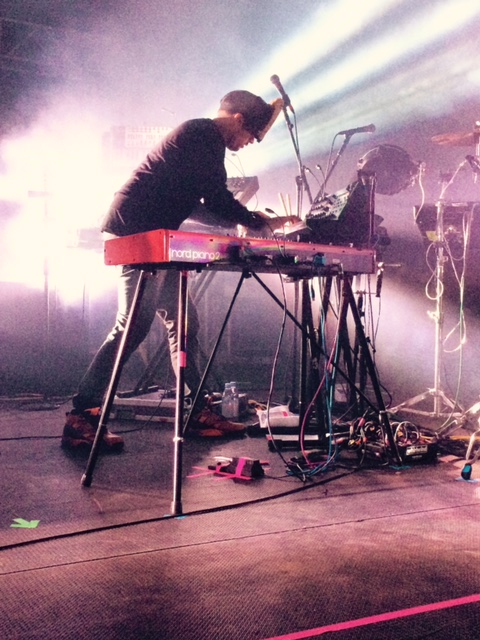 I can definitely see a certain kind of staunch music enthusiast insinuating that SBTRKT isn’t the best show to see because he doesn’t play any instruments and therefore can’t be considered a musician in the rigid sense. But what I love most about him is that he’s not operating under those kinds of pretenses at all. He’s a producer, plain and simple, and he lets his music and a stellar list of collaborators do the talking for him. He appeared on the scene with his trademark tribal mask, opening with ‘Highs and Lows,’ a track from his Transitions series that was clearly meant to mentally prepare us for what would come next. I am personally a huge fan of his latest album, released less than two months ago, so when he followed up ‘Highs and Lows’ with ‘Never Never,’ and Sampha’s distinctly soulful voice wafted amidst the metallic bell-like sounds, I basically melted into chocolate pudding. 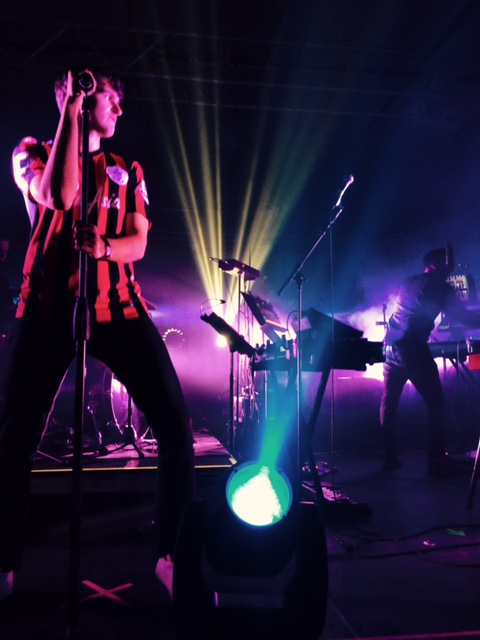 For his next trick, SBTRKT called to the stage Ezra Koenig, lead singer of Vampire Weekend, who was in town for a YoungArts panel and joined the artist for the track they collaborated on, (also on the latest album) ‘New Dorp, New York.’ I was secretly hoping Little Dragon would appear to perform ‘Wildfire’ from an earlier album, but at least I got the song. I can’t say the same for ‘Decemberist,’ which despite the desperate hope I clung to all the way through to the end of the encore, never graced my ears.

The show was a great mix of old and new, with many of new favorites like ‘Temporary View,’ ‘Higher’ and ‘Look Away.’ During the encore, he remixed Radiohead’s ‘Lotus Flower’ that left us all wondering whether this dream-like collaboration could someday become reality. SBTRKT ended the night with ‘Right Thing to Do’ which only guaranteed that no one would be ending their night anytime soon, as the infectious beat and Jessie Ware’s voice hypnotized us into dancing zombies.