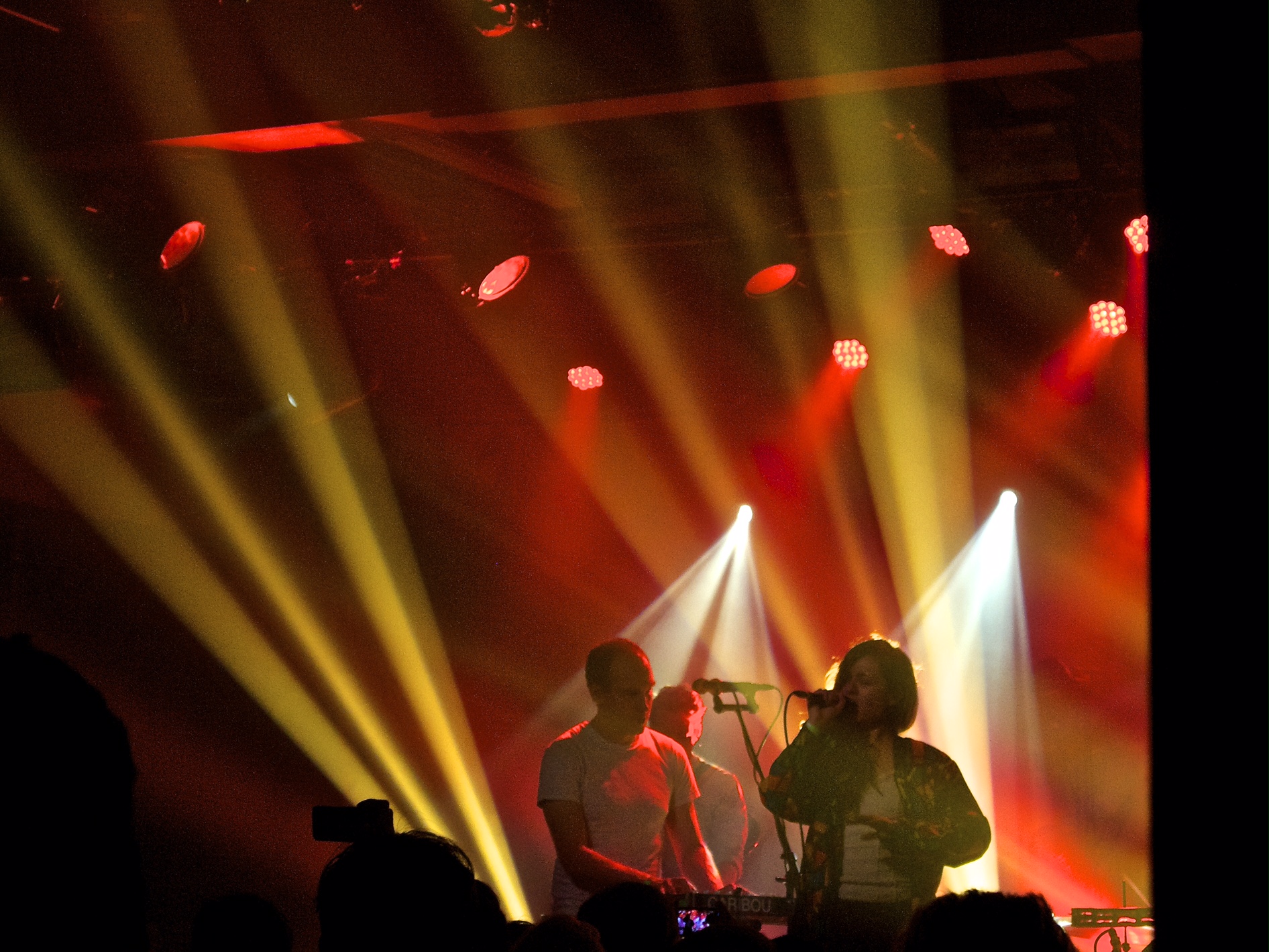 Grand Central Miami, an old train station turned nightclub located in downtown, hosted the special talent of Dan Snaith’s outfit Caribou this past Wednesday. Snaith has several monikers that he has composed and released music under, but Caribou has been the most brought to the public light. To me, Caribou is some of the most organic sounding electronic music around. While the music bounces around and is full of surprises that take the listener on a journey, it all seems to bloom from a special place. I knew seeing this live would be extraordinary  because listening to Caribou on your computer speakers truly serves no justice as to how full sounding and layered his tunes can be. Snaith composes all of Caribou’s music but is joined by a live band when touring. The addition of a guitar, drummer, bassist, and some extra percussion for Snaith to handle adds extra elements to his already complex music. The entire live instrument aspect combined with some great lighting, truly brought Caribou to life and kept the audience on edge all night.

The night began with the title track from his new album, “Our Love,” which was the perfect song to immediately engage the anxious crowd. From here they continued in order with a couple more from the new album such as “Silver” and “Mars,” and even dipped into some tracks off of his second album “Swim,” including “Bowls” and “Leave House.” After a great performance of “All I Ever Need,” followed by an extended jam, Jessy Lanza, who opened the night, came out to perform “Second Chance” with the band. Lanza contributed to “Our Love” with Snaith and it was apparent these two had a good connection. As the night progressed the band took us back to the crowd favorite “Odessa,” which received a great reaction to the funky bassline it holds. They went on to wrap up their set with “Your Love Will Set You Free” and “Can’t Do Without You,” another crowd favorite and the first single from the new album. After raging applause and chants for one more, the band reappeared once more to perform “Sun.” Here Snaith instantly looped his vocal and the band let out a very extended mix of this song, with all members adding their personal touches.

Even before he named his new album Our Love, I had always felt Snaith drew his influence from that sort of relationship, whether it be something internal or with another human. All night the vibe in the room was one of togetherness as all knew they were witnessing something exceptional. With this being an all ages event, and Grand Central even hosting a yoga x Caribou session prior to the show, the audience was full of those who felt strongly about the music and wanted to bask in the moment. This type of responsive crowd makes the night much more enjoyable for those attending as well as those performing, and you could tell Snaith enjoyed the warm welcome.