Review: St. Vincent at The Fillmore 10/6 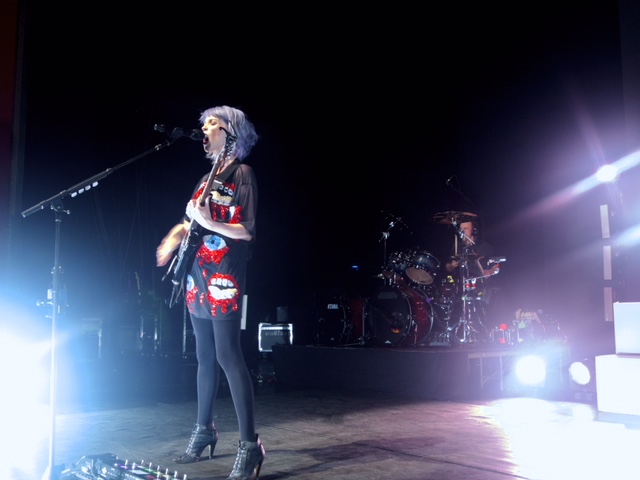 She is strange, she is alien, she is other.

She is St. Vincent.

Otherwise known as Annie Clark, the woman behind the music and her group visited The Fillmore on Oct. 6 for the first of two stops in Miami, the second being as an opener for The Black Keys this upcoming December. 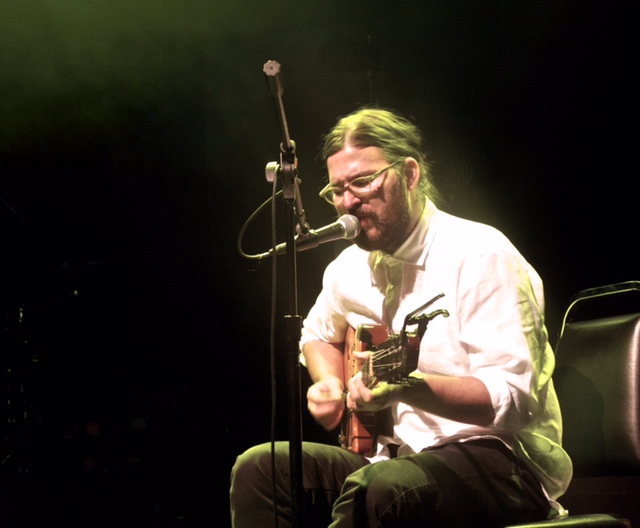 Starting at approximately 8p.m., opener Matthew E. White came on before St. Vincent. With just a guitar, White took center stage on his own, playing to the crowd while sitting on a chair throughout. In retrospect, it was an odd pairing, considering what was to come. Both his music and setup was simplistic and didn’t seem to fit the eerie atmosphere that was already established with the instrumental background music that played as we waited. A talented artist nonetheless, perhaps playing a bit into Clark’s jazz history.

St. Vincent soon followed after at approximately 9p.m., the crowd having chanted “Annie” over and over until she finally came out joined by three others. She shuffled her way to the front of the stage with calculated dance moves, exclaiming “Fuck” to herself just before starting off the set with “Rattlesnake” off of the 2013 self-titled release. 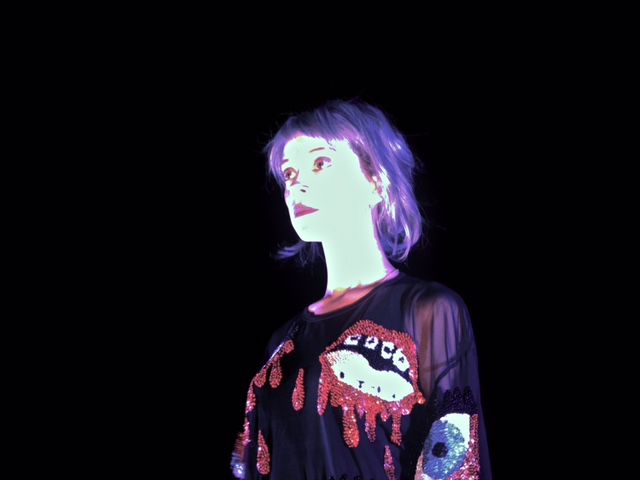 She is an artist and performer in every sense, having maintained this detached, almost robotic persona throughout her performance. She would ramble about creation and destruction and how humans tend to see the bad in others. The way she would move around stage alongside her keyboardist almost reminded me of a puppet or a windup doll, the movements not being fluid enough to be called dancing exactly. Still, in really brief moments of expressed emotions, the audience could see Annie and not just St. Vincent. She would smile to herself or have random outbursts, revealing just enough to take a peak behind the façade.

The performance itself was a showcase of the newest self-titled release, with the appearance of a few crowd favorites from the past such as “Actor Out of Work” and the chaotic “Krokodil.” She had high moments of energy where she would fling herself around the stage while skillfully wailing on her guitar, using almost every inch around her as well as the light pink platform behind her. And she would have moments of calm before the storm, remaining stationed in front of the microphone, sweetly singing to the crowd.

Though sweet, spunky, and endearing, she maintained a heavy atmosphere, making cut signs along her throat and holding her hand against her head like a gun. There is a darkness and mystery to her that is captivating, not letting one remove their gaze from her till the moment she walked off stage. 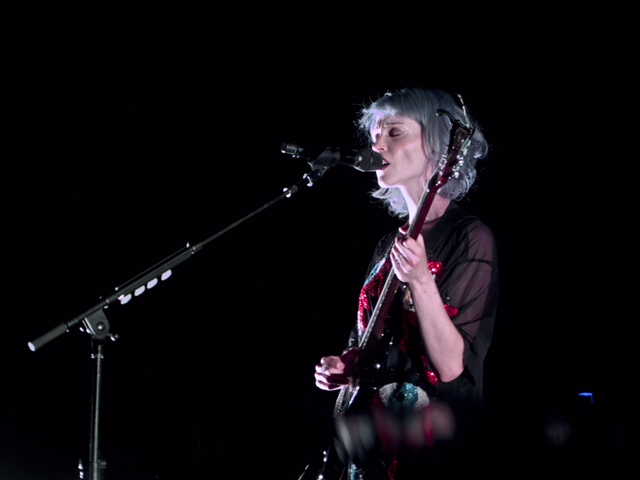 After 16 songs, St. Vincent and her band came back for an encore, playing two final songs. She first introduced her fellow musicians, calling them each a sorcerer, an angel and an architect. The first, “Stranger Mercy,” left things on a high note, perhaps the peak of the entire show. The song ended with the band each looping their respective parts destructively and overwhelmingly as she went up and down the edge of the stage to let the audience play the guitar with her. She would actually mouth to them “You can hold it,” and “Play it.”

“Strange Mercy” saw her fall to the ground and then pick herself back up to end the show with “Your Lips Are Red” off of the 2007 release Marry Me. It was soft and yet a force at the same time, leaving me with watery eyes.

As the song faded, she made her way to the center of the stage, bowed before the audience and left us all to process what we had just witnessed.

Strange Mercy
Your Lips Are Red