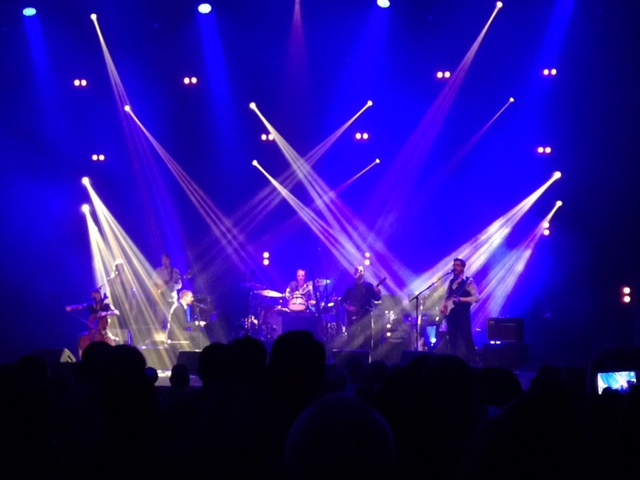 It was just my average Tuesday before I decided I was going to drive down to Miami in hopes of scoring a decent ticket to the David Gray concert at the Fillmore Miami Beach.  After meeting some friends at Yardbird for some clever southern inspired food and cocktails, I turned my steps toward the Fillmore and high-tailed it over to see what my ticket options might be.  I hit the box office, and for $49.50 with no fees, I was able to score seats that rivaled those of my friends.  I was front row center in the second tier of the orchestra… a truly perfect seat that I could not have planned better.

Excitement to see David Gray was mainly fueled by my penchant for his breakout 1998 album White Ladder, but also partly for his most recent release, Mutineers, a return to that familiar ground upon which White Ladder was built.  David Gray opened to a half empty room with a slow yet rolling rendition of “Birds of the High Arctic”.  I was surprised to see the show was not sold out, as he does not come to south Florida often, and this time he did not come alone; he had a backup singer, plus six backing musicians, complete with drums, keys, a cello, and double bass.  Throughout the night we would see a few different musicians on the piano while Gray would take to his guitar or even ukulele.

He assured the timid Miami audience that he would get to the older stuff after a few more new songs.  It was easily noticeable how proud he is of his new record and his eagerness to spread that to the world.   After playing “Girl Like You”, he brought things up a notch with the whimsical “Back in the World”, unleashing an Annie Lennox sound, and his signature bobble head move.  He carried on with the new record, playing “As the Crow Flies”, the title track “Mutineers”, “Beautiful Agony”, and “Last Summer”.  To see these new songs live was a treat.  The band sounded like a ripe and succulent full-bodied cabernet, reverberating refined textures and well rounded notes.  It was refreshing to see so many people on stage, with such flawless interaction. 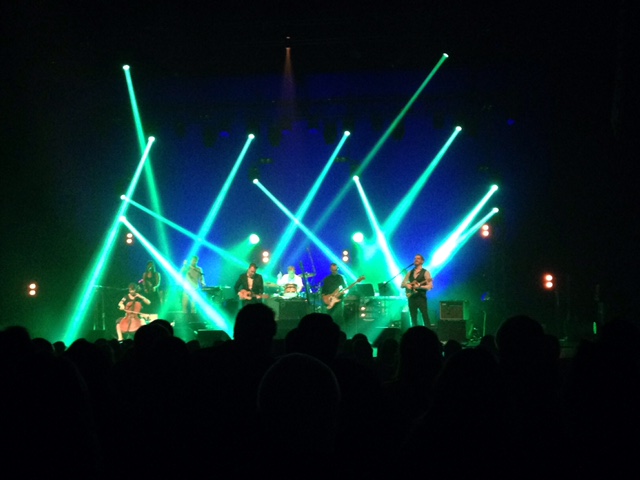 He took the guitar on “My Oh My”, which brought us back to the days of White Ladder.  The lighting designer of the show was spot on all night, utilizing the perfect combination of colors and movement, while still creating moods with solid washes of reds or blues.  Gray continued on the guitar for the poignant “Kathleen”, off 2009’sDraw the Line, while a woman from his backing band contributed the role of Jolie Holland, who appears on the track.  After this, a vibrant female from the audience yelled out, “How ya feelin’ Dave?!”  To which he replied, “I’m doing alright… just trying to stay out of here” as he pointed to his head.  This broke the ice and the barriers between the stuffy audience and the soul-bearing musician.  And after this exchange, Gray went back to the piano for “This Year’s Love”, and you could finally feel the audience letting go of their inhibitions, and singing along here or there.

This trend continued during an unexpected acoustic performance of his hit “Babylon”.  All bands members left the stage leaving just Gray and his guitar, treating us to an intimate and unique version of a normally very produced song.  It was during this that the same vibrant female from the audience stood up and encouraged everyone to get up and dance, sing, and support Gray.  People were afraid to move, but then David said, “Alright, I’m going to give you a chorus now,” and everyone stood up and went crazy signing along and dancing.  He finished up the set with “Sail Away” and “Please Forgive Me”, and after much cheering excitement, encored with “Silver Lining” and “Lay Me Down”.

It was a night to remember, but next time he comes to Miami I’d like it to be a sold out show and I’d like everyone in the audience to loosen up a little!