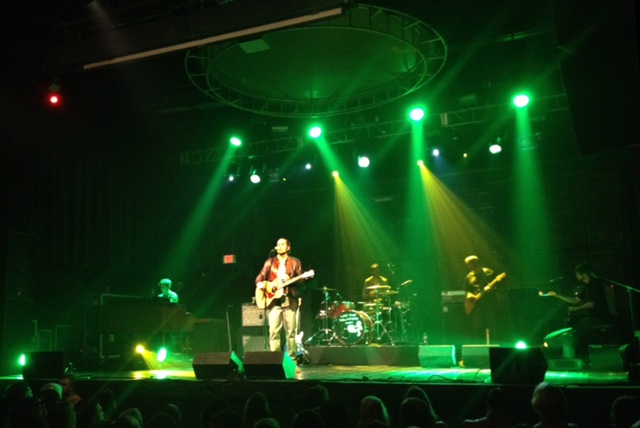 “How’s everybody out there feelin’ tonite!?” asks  Clarence Greenwood.  The crowd resounds with a swell of affirming hollering.  Seems like a pretty typical call & response until you realize that’s just bubbling at the surface…

On stage is the sleepy-eyed, hair-bunned rawness of Clarence Greenwood, better known to fans as Citizen Cope.  For a moment you forget the somber grumpy-cat scowl permanently affixed to his face when he slips a winking smile back at the audience.  This everyman martyrs himself nightly through songs of Americana.  He’s just a working stiff on the road…  An apparition from the heartland, like a Bruce Springsteen song on a pick-up truck radio.  But that’s only a yellowing Polaroid.  When he drawls into a marble-mouthed tale of “where the rubber meets the road…bought meet the sold…young meet the old” it’s a hard lesson in leveling your ear to meet the simple wisdom of a prophet behind the guitar.

It was a stormy Friday night in Ft Lauderdale when Citizen Cope came to play Revolution Live for The Clarence Greenwood Recordings 10th Anniversary Tour .  His opener was the delicately youthful Victoria Reed; a local transplant from Detroit.  Just a girl and a guitar, Reed’s pipes dripped vocal slides from harmonizing oohs to yodelly-odelly ahhs revitalizing the Mazzy Star pitch of 90′s songstresses.  With busy bars and a stage-left VIP, the crowd milled about the first floor searching for a stairway into the pit.

When the brown boots, brown jacket Greenwood took the stage the herd rushed the two abreast staircase to pack the pit.  The patter-patter of “Contact” broke through the murmurs to establish a close encounter was upon us.  Backing the front man were a drummer, bassist and two pianists; one behind an electric and another at an upright.  Then as sure as the first track halted, the band reversed tread, letting the air out with “Salvation”.  As if to warm up each instrument, the piano hook then rang for “Let the Drummer Kick” serving as a song and a statement as the title was decaled onto the bass drum.  After a few melodic selections, a steady buildup began.  A sparse bass kick and rim shot laid down the rhythm for tinkling piano keys sparking the “Nite Becomes Day”.  Greenwood shuffled to the beat and two-stepped over to face his bassist, settling into the groove of a track-by-track rendition of the whole Clarence Greenwood Recordings album as promised. 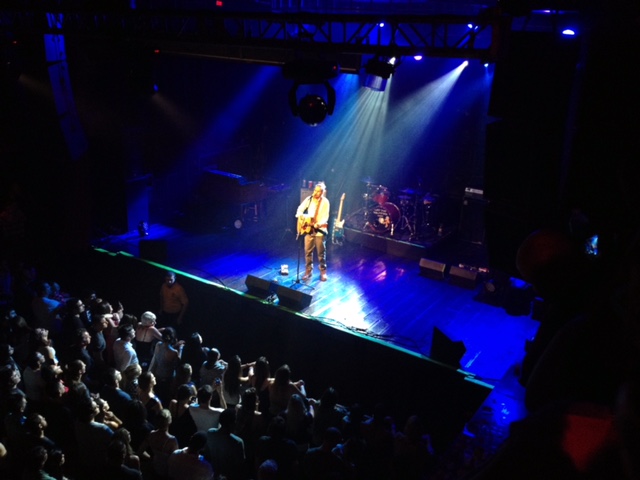 “I’ma say it again” Greenwood repeated during the refrain as he pounded his chest, making sure not to miss the most critical member in a proper warm-up – us.  To be sure of this, he began the next cut a cappella.  Then the bassist flipped on a pair of shades because just as sure as the “Son’s Gonna Rise”, each piece was in place.

Another chance for a collective deep breath came as Greenwood traded his white pearlescent on baby blue Stratocaster for a Martin acoustic/electric and open tuned it for the soul wrenching “Sideways”.  This was a transition he repeated a few times, swapping amplified acoustic for electric when appropriate.

The next standout was “Hurricane Waters”.  An extended intro portended the floodgates were opening with simmering ride cymbals, tapped hi-hats and rolling toms.  The lead singer has also produced his own albums, a characteristic lending itself to the tight live engineering of this song.  With a sound guy on stage, though out of view, and another in the booth, the balanced layering was flawless.  Greenwood  wound it all down by going gospel as we faded out “I will carry you…through the hurricane waters”.  By encouraging the audience to sing and clap along he rewarded us, acknowledging that “it’s voice therapy, it’s good for you” then furrowed his brow in full-Brando for effect.

The closing chapters of the Clarence Greenwood Recordings were also delivered just as earnestly.  In between each tale of city & country, spirit & mind, bullet & target the band was introduced with Erik Deutsch on keyboard and Preston Crump on bass guitar.  Standing at the mic sans six-string, Greenwood took a bow with “Fame” then stepped off stage allowing the instrumentalists to outro on “Deep”.  I’m not sure if the audience misinterpreted the album’s end as the completion of the show but many filtered out during this lull turned set break. 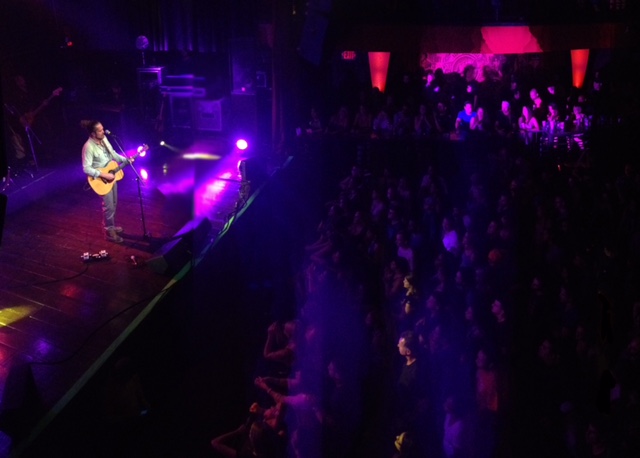 After what seemed like an eternity of claps & whistles calling for an encore, the stage lights frozen in place following the bands egress then centered on Greenwood’s reemergence.  The urban singer-songwriter soloed “Lifeline”, then brought the beat back in on “Brother Lee”.  The band rejoined for the last two cuts including “Poster on the Wall” that was announced as such, though oddly not explained as it’s never been released.  It’s all about the love and the struggle according to Cope’s body language, the singular gesture of so many stories conveyed by thumping his chest.  The house lights came up and Sister Nancy’s reggae anthem Bam Bam [whatta bum-bum] gave Greenwood ample levity to thank everyone on and off the stage.

Like many artists, the sophomore album proved to be a breakout for Citizen Cope.  His understated approach begs comparison to the parables of Iron & Wine songs while still stirring the active listener on every downbeat like a Jose Gonzalez.   Revisiting a production from 10 years ago, this tour reveals that they’ve explored all the right ways to extend cuts.  Though it’s not explicitly clear, I sincerely hope that a live album will honor this remastery of the folk fusion found on The Clarence Greenwood Recordings and punctuate the fable-full career of Citizen Cope.

Lifeline
Brother Lee
Holdin’ On
Posted on the Wall
107º