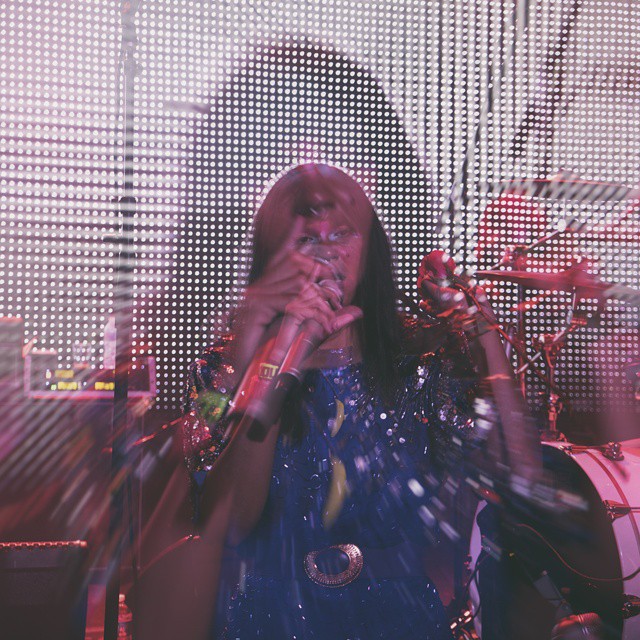 Usually when I’m headed to Grand Central for a show, tickets have been sold out for weeks

way to the front. I was able to score last minute tickets to see Bomba Estéreo and I wasn’t sure

what the crowd would be like. Ironically enough, in what is arguably the most Latin city in the

entire United States, the Latin music scene in Miami appears to be reserved for the over-50 set.

I arrived promptly at 9pm (you know, Miami prompt) and wasn’t entirely shocked to see the main

room largely empty. To be fair, they had quite a bit of competition, what with Foster the People

Nacho Londono opened the show, a native Colombian rock musician who has been living in

Miami since his adolescence. Everything about him, though – his music, his look, his band

spending five months on the road in 2010, changed its name to Eagle Chief (presumably as a

nod to his psychedelic rock influence). Nacho has since broken out as a solo artist, and having

only a modest knowledge of Latin rock, I can only compare his sound to vintage Maná, and

decide that it’s not really for me. At the end of his set, Nacho proclaimed this would be the year

he finally makes it to his native Colombia to premier his music as a solo artist.

The crowd started to trickle in slowly after Nacho left the stage, so that when Bomba Estéreo

finally emerged on the scene it felt more like a typical packed night at Grand Central. I usually

backless dress, topped with a fluoro “Miami” hat. I at least appreciated her playing to the crowd.

Opening with the unmistakably infectious beats of “Sintiendo,” Samuet’s tiny but powerful voice

clung together, hips and hands and chests moving and shaking, and we were all transported to

the ethereal space Bomba Estéreo’s music has created in our heads. It felt like everyone in the

room was in love. 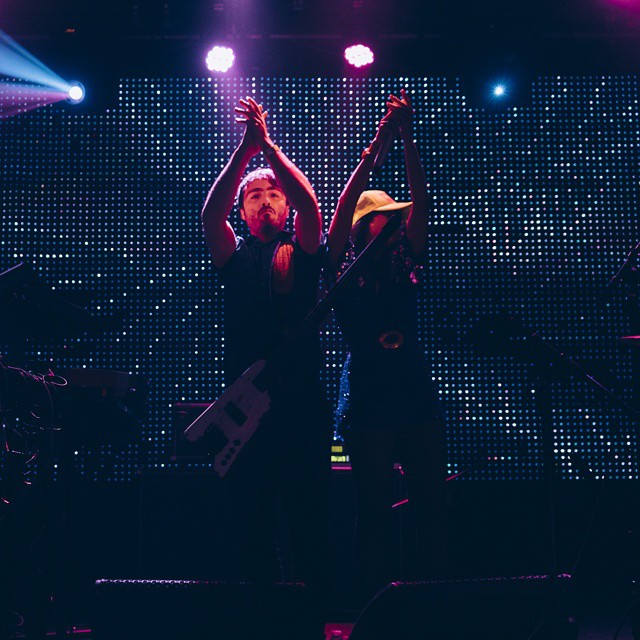 Aptly described as psychedelic tropical cumbia, their performance was kaleidoscopic, lit with

all the colors of the rainbow, weaving their melodies subtly with afro-colombian rhythms and

and then fuses it with futuristic concepts. The crowd broke out into an accelerated merengue

and just when you thought I wasn’t possible for this to get any sexier, it did.

They debuted another new song, “Tu Solo Tu,” this one unfortunately a bit forgettable. They

then delivered another crowd favorite, “Fuego,” a somewhat immature hit off their first album

which at this point doesn’t really showcase what the band is capable of. The rough cumbia

beats aren’t exactly my favorite, but the crowd exploded, Samuet’s tiny body jumping up and

down, begging her fans to do the same.

When they played “El Alma y El Cuerpo,” I felt like I would explode with happiness. I was

transported back in time to the first time I saw Bomba Estéreo play in Buenos Aires, an

experience that endures in my memory as I chant the words “y yo, no puedo estar mas así” and

wish I could go back to that time and place. The song’s transcendental powers must be equally

moving and somewhat spiritual for Li, because as she wrapped up the song she stared out at

us, mildly desperate and seemingly under a spell, chanting over and over again, “Me quemo por

One Response to “Review: Bomba Estereo at Grand Central 10/16”

Glad you liked the pics.