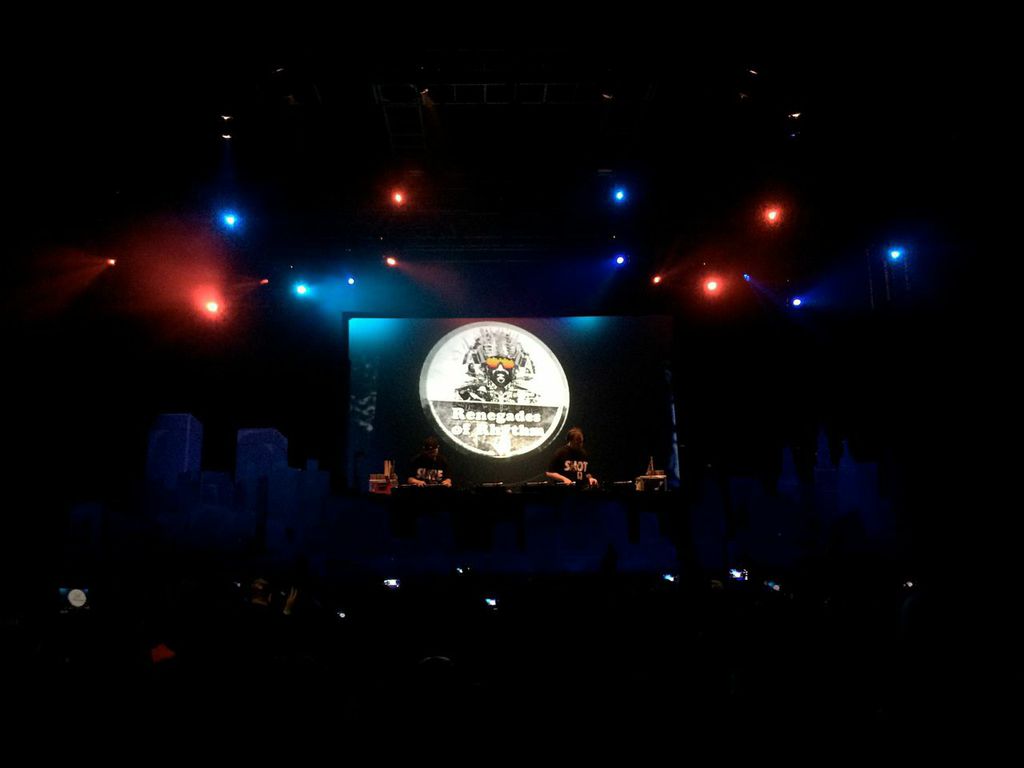 This past Sunday, House of Blues brought us a very special show, the world-renowned DJ Shadow and Cut Chemist playing an all vinyl set using Afrika Bambaataa’s record collection. Bambaataa brought electro funk elements to the early sounds of hip-hop and pushed the genre to the next level in the early 80s. Also later through much collaboration with artists of other genres, and the use of sampling, Bambaataa’s beats were being spread to a much larger audience that could now identify with his sound. Bambaataa’s record collection is over 42,000 pieces, and is housed at the Cornell University Library as part of their own hip-hop Collection.

Truly not knowing what to expect, the audience was in for a treat. The set began around 8:30 and was broken into a few different parts/eras. They started with the early funk sounds of 70s, continued on through the disco era, then into the early hip hop and island sounds of the 80s, with each section having a quick history lesson to preface from DJ Shadow. Shadow would touch on how the music got to Bambaataa, why this particular sound influenced Bambaataa, all while in a sincere manner as if you were in a time machine watching the birthing of hip-hop with Shadow and Cut Chemist as your guides. I feel this dynamic of the show helped tremendously. You could tell this history was important to them, and it also drew the crowd in on a more personal level, as Shadow and Cut Chemist were able to guide the audience through each era. 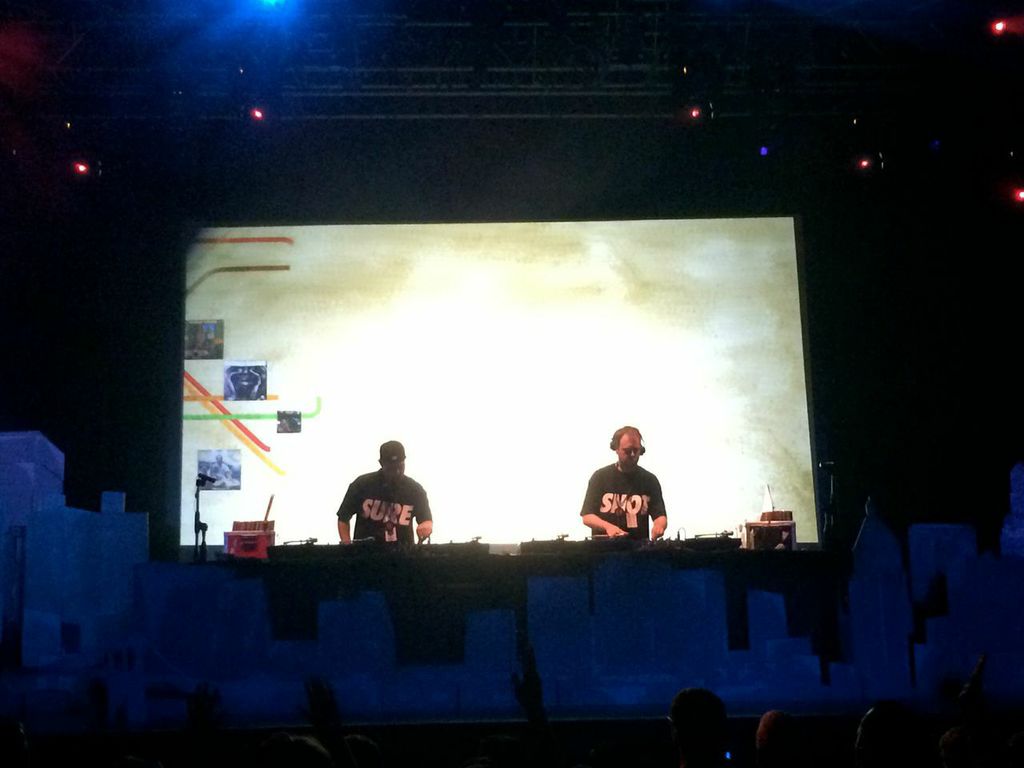 I was also very pleased with the simplicity of the production and how well it worked for them. The two DJs had six turntables set up, a crate of records each, and were set in the middle of a NYC skyline silhouette that outlined the stage.  They also included some visuals throughout the show that scrolled the covers of vinyl found throughout Bambaataa’s collection (a la 2manydjs live), amongst other pictures of original hip hop culture symbols. They even  had a short intro using a cut of Jim Ingram – Drumbeat (“It began in Africa”) and some visuals to set the tone for the evening. This all added up well to let the audience enjoy the music, in addition to paying attention to what was going on because if  you stepped away, even for a second, it could seem like you missed a few records or years.

Along with all the excellent scratching and mixing of these records, the actual tracks that were played made the crowd feel as if they had a privileged ear. (What follows is my best guess of what tracks were played; please note that near 0 tracks were played fully through, and this is not a full or complete list) Instantly as Cut Chemist introduced the first song being from James Brown the crowd was ready to get down. From there they went into a few more old grooves such as Chicago Gangsters – ‘Gangster Boogie’, Esther Williams – ‘Last Night Changed it All’, and a couple more James Brown tracks, ‘Papa Don’t Take No Mess’ and ‘Funky President’.  I also believe I heard a mix of the break record from Simon Harris’ called ‘Time’, mixed in amongst other Afro Latin sounds. Shadow and Cut continued on to show us more Afro-beat-influenced-future-music with a Steinski mix, and took it back with the Dixie Cups – ‘Iko Iko’ asking for help from the audience here. This section ended with the tune ‘Bra’ by the British funk group Cymande. The next chapter was the disco era and they began with ‘Sing Sing’ by Gaz, a song that has been sampled for hip-hop tracks over the years. They touched on other funky disco hits such as ‘Le Stress’ by Dogs of War and ‘La Pregunta’ by Shangri La. This section closed with them touching on ‘79 singles ‘Rapper’s Delight’, and ‘Get Up and Dance’ by Freedom, then going into a mixing frenzy with Shadow playing a drum kit, and Cut Chemist on a box percussion that ‘no one will ever find’ nowadays. Shadow introduced the next section as one that brought the electro and dub island sounds to the hip-hop world and started off with some Kraftwerk and  ‘Let’s Get Small’ by Trouble Funk. This early 80s time period is when music began to get very synth creative and Shadow notes to the crowd, “Hip-hop is headed downtown to the fashion scene”, indicating how much of a melting pot creative art was becoming at the time. Next played are classics ‘The Message’ by Grandmaster Flash, ‘Owner of a Lonely Heart’ by Yes, and Shadow and Cut continue on to drop Bambaataa records ‘Renegades of Funk’ and ‘Looking for the Perfect Beat’, including a demo of latter. At this point the DJs make a request for a B-boy circle to open up and sounds get real interesting with ‘The Mexican’ by Babe Ruth, ‘Get Up, Get Into It, Get Involved’ by James Brown, the classic hip-hop tune ‘Apache’, and even a ‘Brass Monkey’ cut being tossed in. After another James Brown track and a cut with ‘South Bronx’, it was time for Bambaataa’s own ‘Planet Rock’. 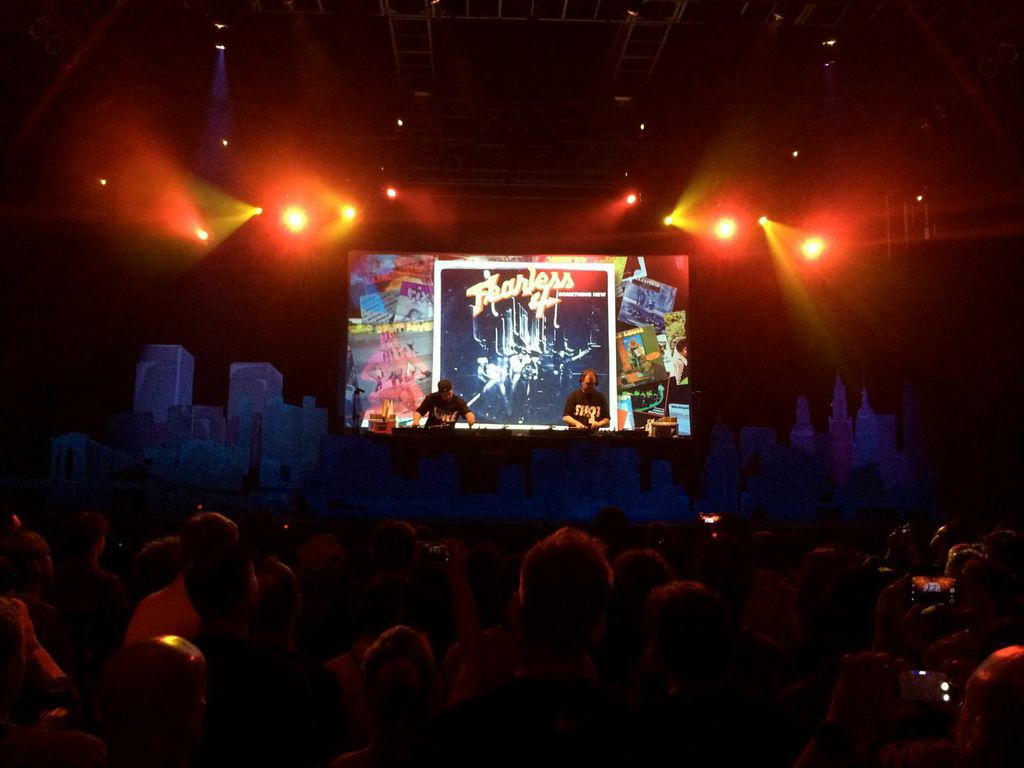 It was clear this would be how they would wrap up the set, but the impressive part was that they put together a timeline of how music ended up at this record by playing the original samples and sounds that influenced Bambaataa. DJ Shadow and Cut Chemist also seemed to truly enjoy themselves, stating repeatedly that this show had the best crowd yet, and how Florida was a staple for music influence. I am glad I caught this one because it was an hour and a half session that any music fan would’ve appreciated.