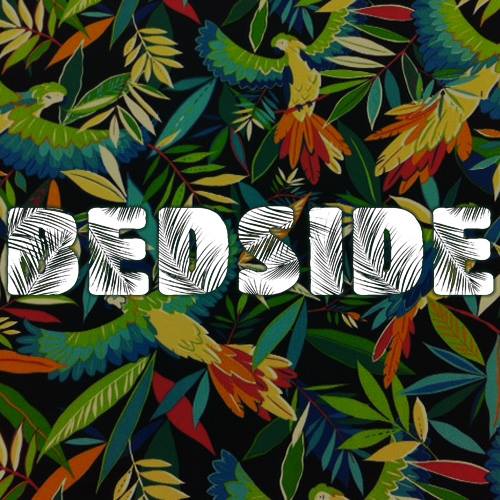 Bedside is a producer DJ duo composed of Travis Acker and Trace Barfield. Both are musically trained performing musicians and multi-instrumentalists who after years of grinding in original and cover bands knew it was time to take a new approach to music. No stranger to a dance party, Travis and Trace have kept dance floors moving from their early days in punk and ska bands to grooving festivals in funkafied jam bands.

Trace Barfield, who recently moved back to Miami after 7 years playing his trumpet in the streets of New Orleans, has taken over a year to master the ins and outs of Ableton LIVE. Using his experience as a seasoned horn player, Trace quickly found that his understanding of music theory, music composition, and songwriting made Ableton LIVE the perfect tool to create music. Now holding all the skills he needs in electronic music production and sound design, Trace has been producing up a storm creating original productions, remixes, mashups, and more.

Travis Acker, who moved to Miami two years ago after growing up in the  Broward  area, has dug deep into the Miami underground DJ and electronic music scene. Travis has been spinning his extensive collection of vinyl records in the streets of Wynwood and at many of Miami’s best venues from Brickell to Little Haiti. Known as ACKDADDY, Travis has a talent for selecting music that transcends genres to open the ears of listeners regardless of age and background. With over 14 years under his belt as a performing bass player, drummer, guitarist and keys player, Travis focuses on grooves that keep your hips gyrating and your feet moving. Driving Bedside’s sound, look, and feel, Travis researches the sounds, rhythms, and songs that drive Bedside, while working closely with Trace to create what is to be one of Miami’s best dance parties.

How did you two meet?

Travis: Trace and I met in Tallahassee in 2006. We were both working the live music scene, Trace a radio personality on the local rock station, and I was playing in a Southern rock blues band. Both advocates of all music it was actually punk and ska that became our first collaboration. Trace and I along with other friends were in what was hands down the best punk band in Tallahassee at the time. Trace also crashed on my couch for about a year , we would spend the nights taking advantage of his radio credentials, seeing as much live music as possible. After I left college we parted ways to join forces again 7 years later in Miami.

What has the process been like moving from strictly live to digital?

Travis: My background has always been in improvisational live music. I love jazz fusion, funk, and jam bands for this; the idea of leaving the groove open for interpretation depending on the audience and energy is a very romantic idea that puts the emphasis on experiencing the here and now. I have found that DJing music also can carry some of these sentiments. The overall goal remains the same, but the digital tools available now allows for quicker and easier idea development and then taking that idea to a performable level in only a matter of days instead of weeks. Digital also provides a clarity of sound and ability to easily manipulate sound which allows for us to create music that really pushes sound systems without needing to purchase every instrument, every amplifier, and record them in a soundproof studio into physical preamps. We are now creating radio ready songs in a tenth of the time is would with a live band.

Trace:  The transition was not as easy as I thought it would be. I got my first peek of the digital process by using loop pedals in a my  band in New Orleans, Voodoo Town. I would live loop horns, and vocal harmonies, while beat boxing. I discovered Abelton Live though a friend and realized it was on another level. This was exactly what I was looking for. Immediately I became addicted seeking out ways to master the program. For the last year, I have been working closely with a mentor. I am ready to show Miami what we have been working on.

If that digital sound is so good, why include the live elements into your shows?

Travis: It took me a long time to find an appreciation for all digital music, I fought the addition of digital instruments in the live music scene for a long time. As the technology progressed, so did the ability to create organic sounding elements and trigger your production in an organic live manner. This pushed  me to join the dark side to accept that this is the future of music. In the end the music will run the party, but nothing will ever replace that feeling when the sound that is driving the party is being played by someone standing directly in front of you. We bring the precision of a DJ dance party with the excitement of a live show. In the end doing it live is just more fun and allows for us to push the limits of pre-production, live production, and improvised elements.

Why did you choose to have your debut with Slap & Tickle?

Travis: Slap & Tickle is one of Miami’s most established dance parties with over two years of promoting the sexiest dance music from some of the world’s top underground DJs. We are honored to bring our sound to the S&T patrons on Bardot’s famed carpet. Our mission is to bring our cutting edge production to a classic dance music tradition that includes funk, disco, house and anything that keeps the people moving. Slap & Tickle shares this mission and that is why they are a perfect fit.

What can we expect from Bedside?

Travis: Trace and I together have worked in almost every sector of the entertainment industry including promotions, performance, songwriting, production, marketing, distribution, publicity, licensing and networking. We are strategic, passionate, and determined to succeed but most of all we have the skills needed to create the best music coming out of Miami. I see Bedside taking the underground Miami DJ scene by storm, producing songs for the best international DJs, and developing a live show with coordinated lights and video. Tomorrow at Bardot, you can expect 2 hours of nonstop sexy dance music with live trumpet, original production and fresh mashups.

Trace: Bedside’s future will develop as the live show develops. We intend on rocking dance parties, it will be sexy, and it will be funky.

Take a listen to their first single “Love With Me”, and catch their debut at Slap & Tickle tomorrow at Bardot.

The show is FREE!

One Response to “Bedside: The Future of Miami’s Dance Music”