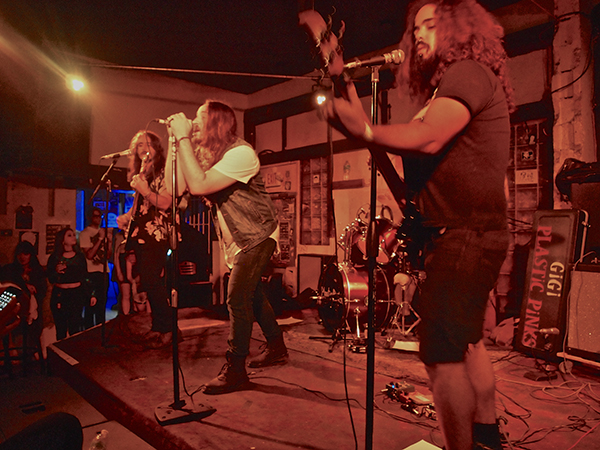 Churchill’s Pub found itself occupied on Saturday, August 23 by a crowd anticipating the performances of locals Plastic Pinks and The Jellyfish Brothers as well as out-of-towners Jaill and Crocodiles. As the first to perform in the lineup, Plastic Pinks kicked off the show to an early and unusually tame crowd of the night. The guys themselves even seemed a tad less energetic than the norm, but not noticeable enough to take away from the set.

Comprised of frontman June Summer, rhythm guitarist Augie Pink, lead guitarist Luigi Toni La Rocca, bassist Charlie De Jesus, and drummer Nicholas Ochoa, Plastic Pinks started of their set with “Sunnyside Rabbits,” staying true to their self-proclaimed rad city sticky pop genre. In other words, some kickass garage rock. Midway through the set, the group came across a small bit of trouble when one of the strings on Ochoa’s bass popped off. Coincidentally, I’ve seen this happen before with their string instruments, perhaps indicating how roughly or wildly these instruments are played. The issue was quickly resolved as someone offered a bass, the plus side of being in a lineup with several bands.The highlight of the group’s performance was the track titled “Toe Trippin,” as the crowd had finally emerged and awakened by this point, having taken their dancing positions at the front of the stage.Plastic Pinks closed off their set to an audience-requested encore with the track titled “Aah-Oh-Aah,” a personal favorite. 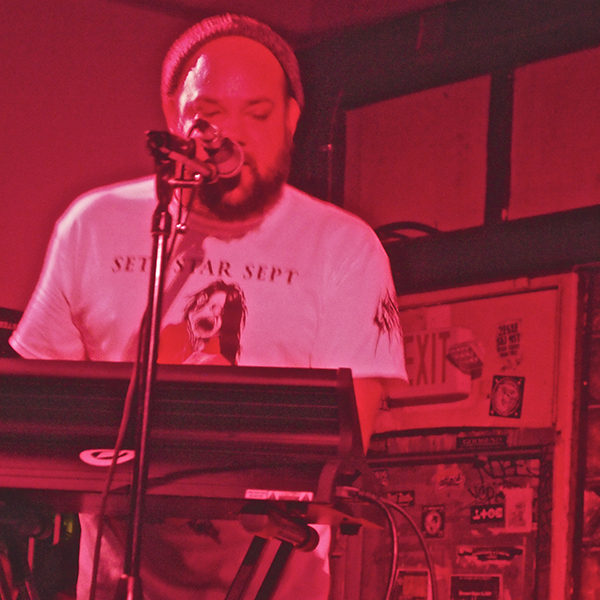 Second in the lineup to perform was the group aptly called The Jellyfish Brothers, comprised of brothers Gregorio (vocals/synth) and Eduardo (drums) Alvarez as well as bassist Kc Toimil. Toimil had actually just made it in time from having performed with her band Snakehole at Gramps earlier that night. The Jellyfish Brothers played a short set to a now pumped up crowd, seemingly already familiar with the group and quite possibly inebriated enough by this point to be more lively than before.Starting off with tracks “Take Me On,” “Patches,” and “Cool Feeling,” theirs was the most distinct sound of the night given the use of a synthesizer in replacement of a guitar by Gregorio. It almost gave it a space age-y type of vibe, one that I especially appreciated in the track “Try.” The Jellyfish Brothers concluded their set to yet another audience-requested encore with the track “I’m a Shadow,” the heaviest track of their performance. 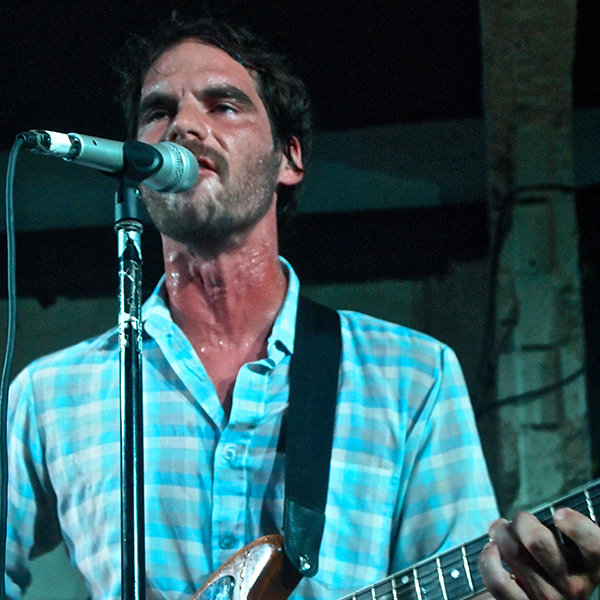 After the performances from locals Plastic Pinks and The Jellyfish Brothers finally came the out-of-towners, starting with Milwaukee natives Jaill. Comprised of vocalist Vincent Kircher, guitarist Johnathon Mayer, synth player Michael Skorcz and drummer Josh Evert, Jaill started off a set mostly made up of completely new material with tracks titled “Pickin My Bones,” “Just a Lovely Day,” “Change Reaction,” and “Symptoms.”Only three of the tracks played were familiar songs from old albums, such as “Waste a lot of Things” from the 2012 album titled Traps and songs “Everyone’s Hip” and “The Stroller” from the 2010 album titled That’s How We Burn. Despite the sense of unfamiliarity with a majority of their performance, Jaill managed to win over the crowd with a memorable set. As was the case with all of the bands that night, they were cheered on by the crowd to play more songs, and they did. 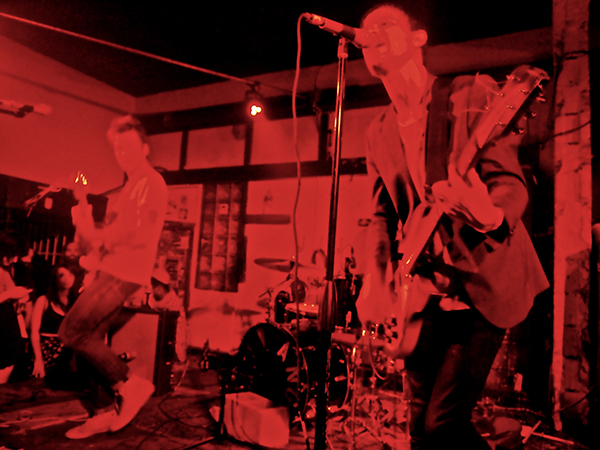 As one of the headliners of the show, Crocodiles, comprised of core members Brandon Welchez and guitarist Charles Rowell, finally took the stage at around 1 a.m. The San Diego natives played to the crowd at its rowdiest stage from throughout the whole night, with a mosh pit of sorts having formed midway through the set as well as a full on makeout session in a corner—won’t mention any names. The band first visited their 2010 release Sleep Forever, having started off the set with tracks “Mirrors” and “Stoned to Death,” the latter establishing a high sense of energy that was maintained by both the crowd and the band. At one point, audience members even handed Rowell a beer bottle, which he held against the guitar strings in almost a makeshift slide manner before chugging down the beverage and tossing away the bottle.

Naturally, Crocodiles played several songs featured on their most recent release titled “Crimes of Passion,” including “Cockroach,” “Me and My Machine Gun,” “Gimme Some Annihilation,” and “Marquis De Sade.” Although the selections were exceptionally performed, I did miss not hearing other tracks from the album, such as opener “I Like It in the Dark,” “Heavy Metal Clouds,” and “Teardrop Guitar.” Another exceptional song included a cover of Elton Motello’s “Jet Boy, Jet Girl.” Crocodiles closed their set with one final song after the crowd urged them to come back for an encore. The song of choice, “I Wanna Kill,” made this the highlight of their set for me, as this was the song that introduced me to the band many years ago. All in all, the night’s lineup consisted of an interesting combination of groups, as each had their own distinct sound that surprisingly followed the other perfectly.

One Response to “Review: Crocodiles, Jaill, The Jellyfish Brothers and Plastic Pinks at Churchill’s Pub 8/23”

great review of the show, who wrote this? it’s great, I thought the crowd was more into it even at the beginning, and it definitely did get better too!