Vampire Weekend: Charming as Hell With Tunes To Match 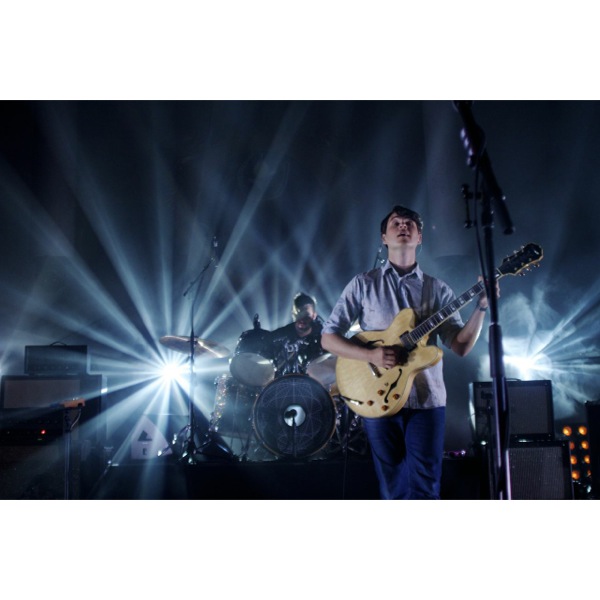 Last night, bras, flower crowns, shoes and more flew through the air, catapulting to the stage of the Fillmore, like a meteor shower at night. Vampire Weekend were here and they and they brought their fan girls, and boys, with them—the crowd being mainly composed of screaming teens in short shorts. The first night of two consecutive sold out shows, the boys were definitely feeling the love. But first, Miami’s own hometown heroes, the Jacuzzi Boys, tore it up and kept the stage hot. 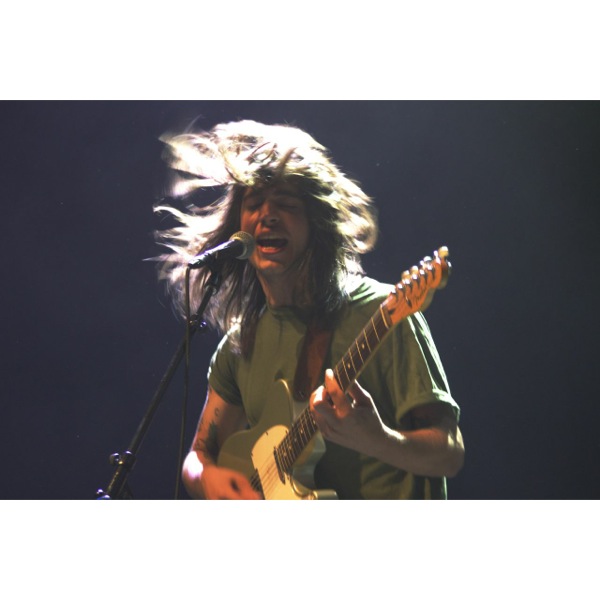 Playing new tracks and lovable oldies, our South Florida babes sure do know how to put on a show. With their handmade banner draped behind them, they had a freshness to them that they bring to every show. Though the sing along factor was limited the crowd were definitely feeling the trio as they roared in applause after every track, later lining up by their merch table for some sweet tees, records, pins, and pictures with the local celebrities. Turns out a large percentage of the Vampy Weeks fans didn’t know they were from these parts. Come on, kids! Know your local scene! 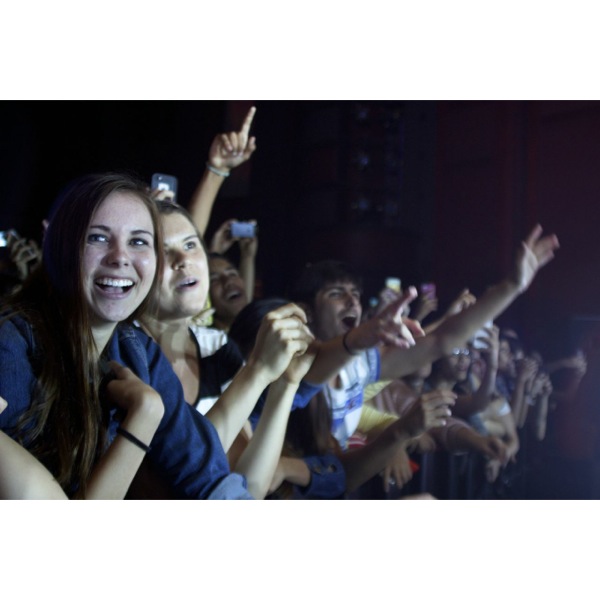 After the Boys jammed through a fun and flirty set, beach vibes abound, fans waited anxiously for their favorite group of college grads to grace the stage for the first time since 2010, where they played to an enthusiastic, but albeit, way smaller crowd. This year, their mounting success was evident in their live set up. The stage was decorated with floating white columns, gaudy gold frames and an eye pleasing backdrop of a pink and turquoise flower pattern. It was very picturesque, and perfectly matched their preppy and unmistakable style. The male fans even did themselves up, mimicking the band’s signature pastel and button up image. The Fillmore was flooded with Vampire Weekend vibes. 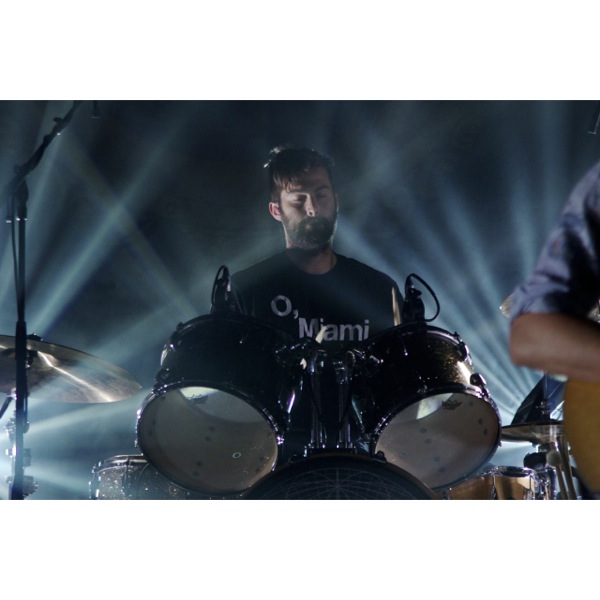 When the foursome finally took to the stage, drummer Chris Tomson was repping our poetry scene with his O, Miami shirt. Screeches of pure adoration and teenage hormones rattled my eardrums as the pretty boys waltzed around, soaking it all up. They kicked off with Modern Vampires of the City single and all around jam, “Diane Young”, to which fans continued to totally freak out. 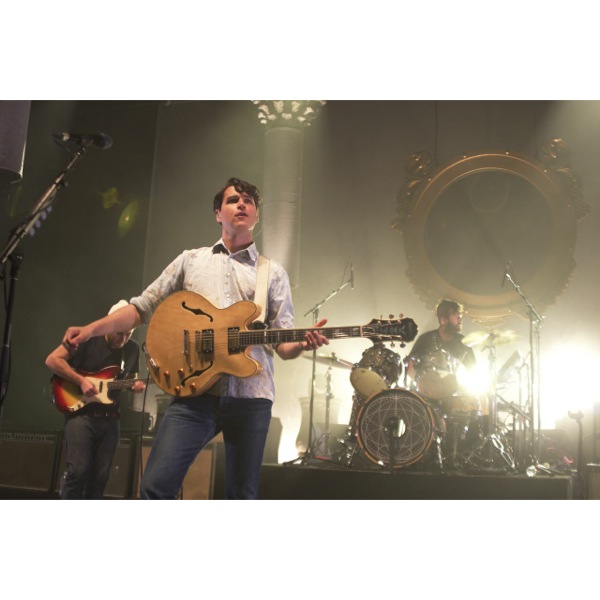 Everything about their visual set up was perfectly in sync with the atmosphere their music resonates, and it was all very nice to the eye— just like the band themselves. What I’m saying is, they’re a bunch of cuties. Dancing casually into hit after hit, a healthy mix of old favorites near and dear to fans’ hearts, and new tracks that have kept their legacy sealed, the band were obviously comfortable with the Beatle mania like response from their fans.

Throwing flowers and undergarments were one thing, but two male fans even made it to the stage during the ultimate flowery jam, “A-Punk”, hugging the tiny Rostam Batmanglij and charismatic frontman Ezra Koenig. Despite security guard’s obvious disapproval, girls continued to crowd serf towards their favorite band with open and eager arms. 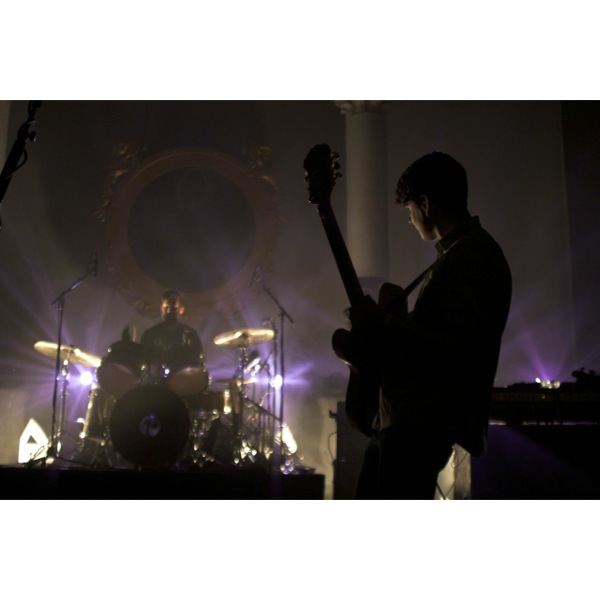 The thing is, Vampire Weekend, whether you like their music or not, are undeniably endearing. They are like porcelain dream boats stuffed only with charm and manners. I just want to take them all home to meet mother, don’t you? And they have the music to match it.

During the personable and quaint, “Obvious Bicycle”, fans raised lighters and iphones in the air, some swaying entranced, others instagramming. Here’s a pro tip kiddos: just enjoy it all while it’s there. No instagram video will be more special than sharing an intimate moment like that with a live band. 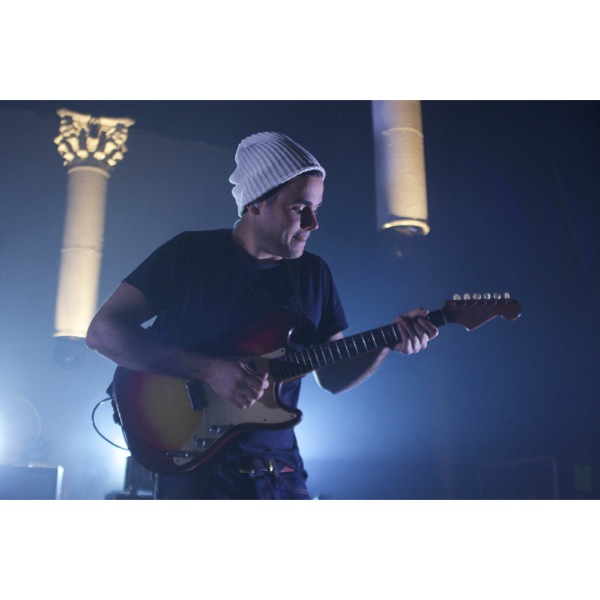 After a shoutout to the Jacuzzi Boys, some more wild sing alongs, and a quick encore, Vampire Weekend closed out the show with “Walcott” to which fans bounced and danced in excitement, never wanting the show to end. With a quick and polite nod, throwing drumsticks and picks to hungry front rowers, the charming four piece walked out to Frank Sinatra’s “New York, New York”, fans singing along with wide smiles and tears in their eyes, running to the back lot to try and meet their beloveds. And who can blame them? The boys are quite ravishing.