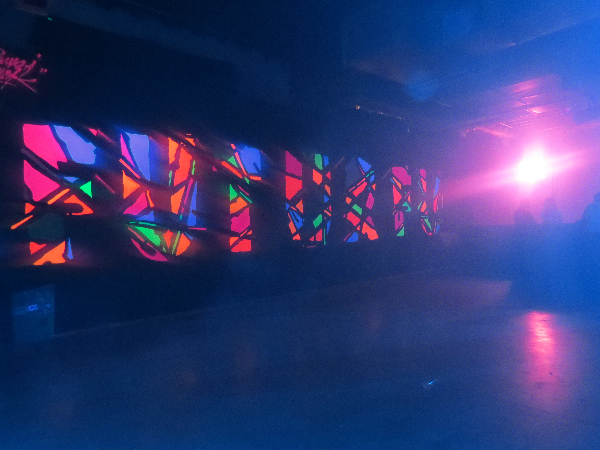 Anyone who attended Art Basel this year knows that it was quite a ruckus compared to previous years.  Parties we thought would be unattended were heavily populated, and they definitely should have closed down N. Miami Avenue to cars.  That being said, Friday night at Grand Central gave us one of the most balanced parties of the week… An even keel crowd, a heady lineup of dance music, and a perfect space to experience all that magic.  I haven’t been able to find a trace of it on the Google (even though Miami New Times supposedly took my picture), and so my friends, here is where you will get the scoop.  The Futur Party featured Tourist, Amtrac, SBTRKT, Ryan Hemsworth, and Samo Sound Boy.

Tourist, aka William Phillips, was the first to take the stage.  Decked out in a Brooklyn sweatshirt, I immediately felt a kinship toward him, only later to find out he hails from London.   A talented electronic music producer, Tourist found his groove with his Novation, synthy sounds, keys, and computer.  He played his catchy dance tune “Together” which was released a couple of months ago on his SoundCloud page; A nice house track with hypnotic vocals repeating, “We should be together”.  To my delight, at the end of his set he played a mind-blowing remix of HAIM’s “The Wire”.  I am a pretty massive HAIM fan, and I’m ashamed yet delighted to say that I never heard his remix of this song until this night; delighted because it was an incredible surprise to my as I began to hear the familiar sounds of this tune.  What an innovative remix, which is a complete departure from the original, yet still maintains the artistic integrity of the HAIM sisters. 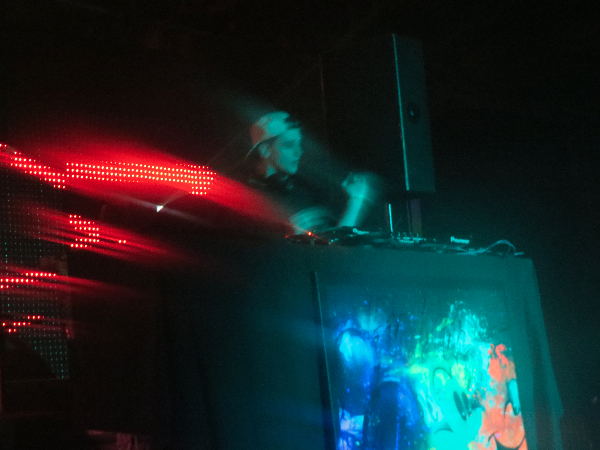 Amtrac was next up, an act I was looking forward to simply because I had only seen his name and never heard his music.  He delivered an amazing set of dance music, with a groove that had the audience deep in the dance.  Playing his own mix of “Walkin’”, the room was cuttin’ up a rug and ready to get sexy.  I am guilty of attempting the Charleston during this song… and actually nailed it, simply because the music MOVED me.  So I guess Amtrac can take credit for my success in bodily expression.  The highlight of his set was when he threw out Modjo’s “Lady (Hit Me Tonight)”, the French house anthem of my high school life.  “Shit eating grin” does not even begin to explain the happiness that my friends and I felt in that moment.  He did well with that one. 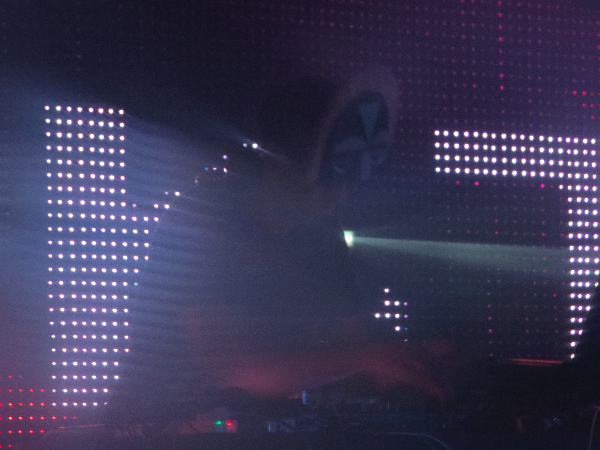 Later in the evening was the act that brought me there to begin with, SBTRKT.  After listening to SBTRKT’s eponymous album on repeat for the past two years, it was high time for me to pop my SBTRKT cherry.  At first I was unimpressed with the way he jumped back and forth between different sounds and styles… it was hard for me to relax and get into a groove.  As his set carried on, I think he, and the audience, found the balance as we heard original SBTRKT tunes like “Wildfire” (the sexiest tune of all), and other songs that gave us the continuity we needed to find that sweet release.

Overall, the night was a perfectly peaceful party, with a beautifully energized crowd that was just there to get down.  There was no drama, only love and music, and it was truly emanating through all personalities.  Jacques Greene’s 90’s dance vibe was a great component, in addition to Ryan Hemsworth who even threw in some Enya out of nowhere!  Solid lineup, solid venue, solid night at Art Basel… Grand Central hit a homerun with this one.