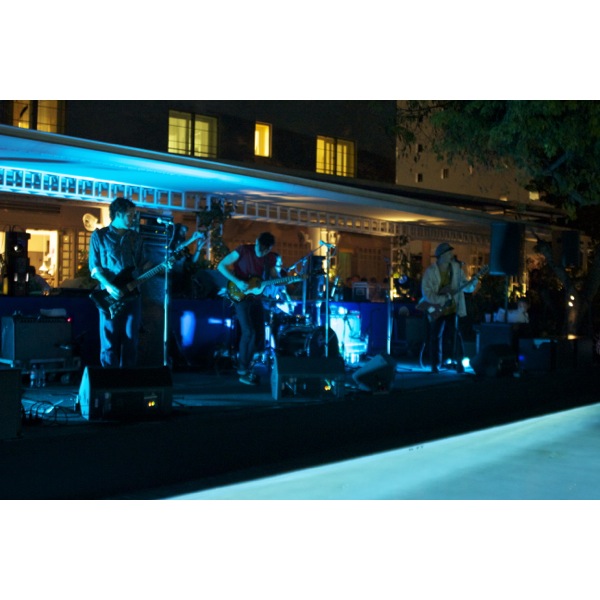 I didn’t necessarily plan on jumping into the pool at Shore Club as some of my favorite Atlanta rockers, Black Lips, performed at its edge. I won’t lie, the waters were enticing, but the venue was so posh, the atmosphere so SOBE. I joked about starting a mosh pit in those shallow waters with Jared Swilley- Black Lips guitarist- with no real intention but a gleam of hidden futile thinking. We also discussed the nature of the show, the awkwardly placed platform for a band famous for their wild stage presence, the seemingly overdressed fashion of the crowd, and how had they not been playing the show, South Beachers would probably think the band were just “some random homeless dudes”.

Perhaps it was because of this, that the band and it’s fans turned the show into a subsequent force of turbulent flower punk power, battling the high priced VIP/ often pretentious culture that Art Basel can end up perpetuating on certain occasions. 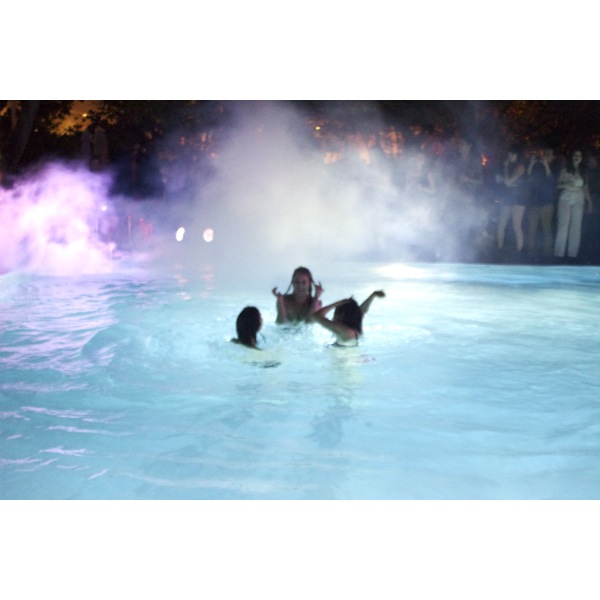 The party really started as Cole Alexander’s nonchalant suggestion that someone “take a dip” was taken seriously, and three girls stripped down to their underwear and jumped into the pool. I along with about 20 other fans eventually trickled in, cannon balling into a pool party/ punk show like no other. And I mean, when Black Lips start their show with “Family Tree”, and sound as good as they did, what else could you expect, right? 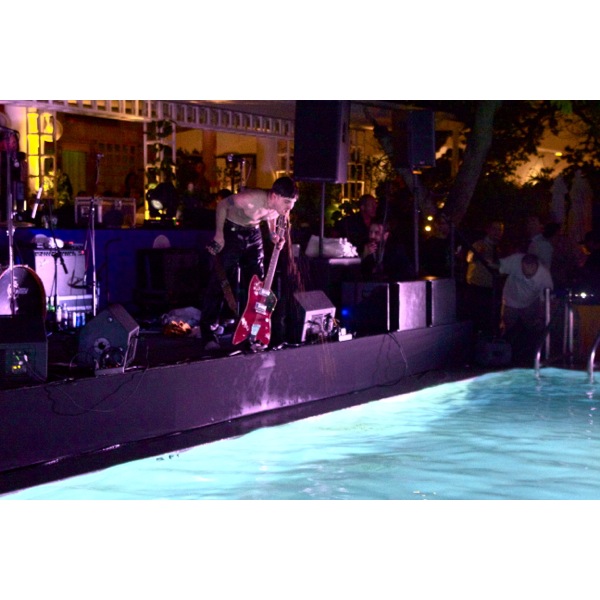 As those first three trend setters splashed their way into our newfound mosh pit, the same notoriously untamed guitarist threw off his shirt and belly flopped after them, bringing cold beers to the warm pool. As he swam back to the stage, a trail of vomit followed him. Reaching the edge of the stage and climbing onto it, he doubled over as more vomit splattered into the pool, before casually stepping back to his instrument. What a guy.

Amazingly, it was later on as the puke dissipated throughout the blue waters that more fans found themselves taking a dip. Maybe Miami is a lot more punk rock than we give it credit for? Or was it more out of towners that splashed me in the face as I thrashed to “Bad Kids”? 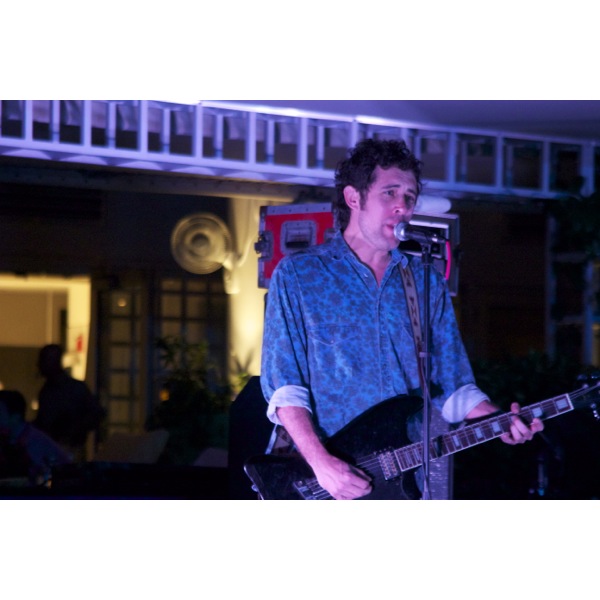 I should mention though, that there is no better way to dance to “Bad Kids” than in a pool at night with icy beer passing through strangers’ hands, makeup smeared and hair whipping your face, twirling around with equally as enthused fans as fog crawled from the stage to hug your flailing limbs. Honestly, I don’t know what can beat that.

As the night continued, the band played favorites from their perfectly dizzying and energetic album Arabia Mountain, as well as some classics from “Good Bad Not Evil”, and even a couple of new songs! The party ended up being the perfect antidote for Art Basel’s sometimes luxurious lifestyle. It was the perfect show for a perfect Miami night, and as I climbed out of the pool dripping wet and towel-less, I couldn’t ask for anything more.