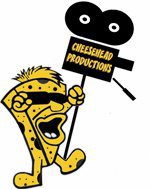 Putting together a 2013 South Florida Concert Year In Review is not an easy task nor an exact science and is going to be subject to personal preference, but the kind folks at CHeeSeHeaDPRoDuCTioNS felt compelled to give it a shot. So here goes…
2013 started off strong with nationally touring Jam Cruise artists infiltrating the live music scene in South Florida. From their first set at Revolution Live in downtown Fort Lauderdale, this is moe. performing “Rise~Mexico~Puebla~Meat” on Jamuary 12, 2013.

The month of February brought us the Aura Music & Arts Festival which made a big move this past year to The Spirit Of The Suwannee Music Park in Live Oak, FL. In it’s 5th year, this locally produced EDM festival delivered acts such as RAQ, Conspirator, Kung Fu, P-Groove, Dopapod, The Heavy Pets, Papadosio and a lot more. Enjoy this 50-track, 9+ hour playlist from the event that will be held again February 14-16, 2014. Check out the lineup.

From the same weekend this is George, Billy & South Florida Blues guitarist Albert Castiglia tearing up a cover of Neil Young’s “Down By The River” also from Biscuit Fest 2013.

A week later, also in April, Sound Tribe Sector 9 brought their tour to Revolution Live in Fort Lauderdale. Damn, April was a rockin’ month! This following clip is from the first set of their show.

Jam Cruise made their 2014 lineup announcement in May and Orgone played hosts to the celebration, which was also held at The Funky Biscuit. Enjoy the full set from the Launch Party.

A few days later The Mike Dillon Band brought their avant garde jazz punk fusion to The Funky Biscuit and we’re still not sure if Boca Raton will ever recover. Here is the complete set footage featuring Mike Dillon on vocals, vibraphone & percussion, Carly Meyers on trombone & vocals, Adam Gertner on drums and Cliff Hines on guitar.

The month of August closed out strong with the B.e Music & Arts Festival,  which in it’s second year was held at Hugh Taylor Birch State Park in Fort Lauderdale. The primarily Florida based eclectic lineup featured acts such as Lucky Costello, Ancient Sun, Short Straw Pickers, Uproot Hootenanny, The Resolvers & The Funky Nuggets with the festival closing out with headliners and New Orleans funk specialists Dumpstaphunk. Look for another stellar lineup again in 2014 from this awesome non-profit organization whose primary focus is awareness and pro-active communication.

One of the more pleasant surprises and unexpected performances of 2013 featured Rebelution with guests Khris Royal, Don Carlos, New Kingston & Collie Budz getting together outdoors at the beautiful Sunset Cove Amphitheater in West Boca Raton on September 20, 2013. Enjoy full set coverage from that event.

The next evening, Connecticut based jam-funk specialists Kung Fu hit the Funky Biscuit stage and delivered one of the hottest performances of the year. Please enjoy both sets in their entirety.

Michael Franti hosted two nights of awesomeness in South Florida this past Rocktober. Franti along with sidekick Jay “Boogie” Bowman blessed the Tiki Stage at Guanabanas Island Restaurant & Bar in Jupiter, FL with an acoustic performance which can be viewed here.

Finally, what can we say about The Bear Creek Music & Art Festival at the Spirit of the Suwannee Music Park in Live Oak, FL held annually in November that hasn’t been already said. Enjoy 10+ hours – that’s 80 tracks – of highlights from the annual funk fest which year after year continues to outdo itself.

We look forward to an exciting 2014. Thank you to all the musicians, club owners, producers and music lovers who continue to support the growing South Florida music scene. We can’t do it without each and every one of you. Enjoy 2014!