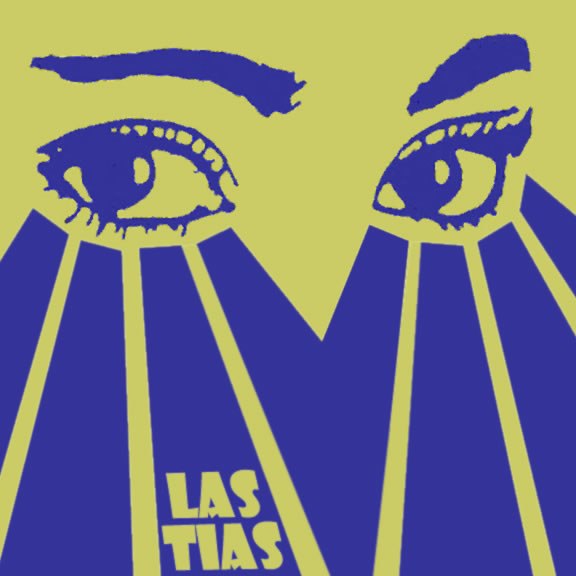 Not all garage rock is created equal. It can be easy to write a couple two-chord bangers, grab a 4-track and horrible microphone and make a recording that sounds like the mid sixties. It’s all very deliberate. But Miami garage rock adherents Las Tias sound like that because they don’t care; just as a great garage band shouldn’t! With an almost unreasonable focus on live performance than recorded clarity, their songs come first and foremost and although blurry, the live essence is captured. Everything from poppy sixties style bursts to stoner rock jams are how Las Tias unapologetically do their thing. South Florida Music Obsessed were able to speak with a few members of Las Tias to find out what gives them their signature sound.

What inspired you to go for this form of rough sounding garage punk?

Nico: We didn’t go for anything, the music kinda came together as we play. I guess it was of our influences coming out and not having the pressure to sound like anything or anyone else.

How did you record to achieve such a lo-fi sound on the two songs released on your Bandcamp page?

Alex: The two songs on our Bandcamp were recorded live in a boat shop, and with whatever equipment we had so that’s how they get that fuzzy sound. For our later recordings we had more equipment to use as well as higher quality mics so they have a little more clarity to them.

Nico: We did a sort of last minute recordings. Juan was covering drums for a band and were touring to SxSW. I was gonna go with him so I had the idea of making demos to take with us to Texas. That’s what came out from it. We didn’t really put too much work into it.

The two songs are available for ‘name your price’ purchase. How do you feel that the internet has affected how you approach releasing your music?

Jota:  We are definitely a live band, the recordings are there and they’re pretty ok but nothing like catching us live when we have that perfect balance and right equipment (we’re always borrowing equipment, We’re broke and hungry!). But we’re also on Grooveshark for your convenience.

Nico: To be honest, we don’t worry too much for recordings nor selling our music. We enjoy playing live more than anything and currently not making much or maybe any money from it. So we see it as a tool to pass our name out. Once we officially release something, then we will worry about that.

What’s your favorite thing about participating in the Miami music scene?

Nico: I think my favorite thing is being part of it. There are really good music out here as well as there is a lot of bad. Lucky for us we are surrounded and supported by those who I admire and see as good local musicians. So not only get to see some of my favorite bands, I get to hang and share all these madness with them.

There are some stoner-rock, jam-ish moments in your songs. How do you write your music? For those jam moments, is the jamming live during recording?

Alex: Our music writing process is pretty simple, either me or Nico present a song to the band and we jam to it and if it works we give it a structure. Some songs we stick to that structure every time, where as other songs we leave more room for improv jamming. There are other songs that we never play the same way twice so yes it was live during the recording. We like to feel our way through the songs, and let them take their own shape as we go along, we’ve really gotten used to feeding off each other’s energy as well as the crowd when playing live.

What are your plans regarding future recording, future shows, touring, etc.?

Alex: For now we’re kind of taking it easy because I’m out of town. Nico and Jota are still doing a couple shows as a two piece and when I get back we’re gonna get back to work as far as new songs and recording. We’ve played in different cities around Florida and we did a small Puerto Rico tour. We have no touring plans as of now but hopefully we’ll make it up the East Coast to New York cause we have friends there.