Review: Portugal. The Man at Revolution 10/9 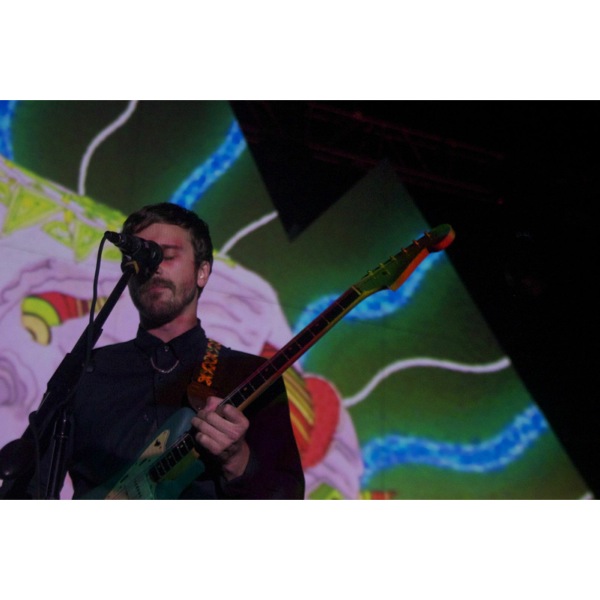 If ever there was a night in all of 2013 to see some good live music, it would be October 9th. Three fantastic bands decided to voyage down to the ol’ South Florida, including Portugal. The Man, whose eighth album Evil Friends has permeated the airwaves and blogosphere with it’s increasingly radio-friendly sound. This angle of creating accessible yet quality pop music was evident at the show, as the crowd flooded Revolution Live!’s every corner. Composed mostly of eager teens and twenty-something year olds, I feared the show would just turn into a spectacle to be recorded on the likes of Instagram, Facebook, etc etc. Thankfully though, the audience shook off my expectations and found themselves really living the show, for the most part. 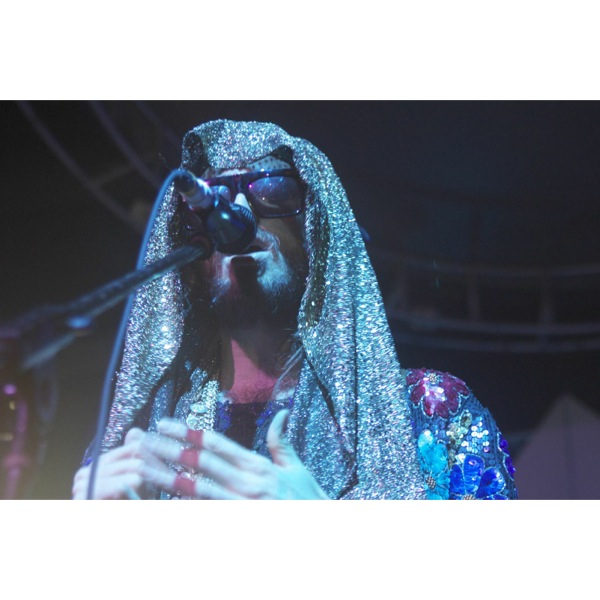 First up were Crystal Fighters, and I’m not going to lie, when they arrived I was so ready to hate them. The guitarist ran up, already topless, basking in the cries of sexually frustrated front rowers. Holding them firmly in place, I really had to try hard not roll my eyes. Then the two lead singers, Sebastian Pringle and Eleanor Fletcher pranced in with glittered and bedazzled cloaks over their faces. Did I mention I really wanted to hate them? But the truth is, putting away any pretentious judgements I may have had, they did put on a really fun show. A good portion of the crowd seemed to be pretty hardcore fans of both Portugal. The Man and their openers, so the venue really came alive to their tunes. And why not? Though they’re not the next voices of our generation, or are not making any real musical landmarks, they had a vibrant onstage presence and played danceable tracks well suited to the audience’s demographic-on the outskirts of indie, with toes dipping more into the mainstream. With their easy to remember choruses and melodies pleasant to the ear, it wasn’t hard to jam out with the Brit rockers. Set standouts included “At Home” and their club dance-y “I Love London”, which found Portugal. The Man’s Zach Carothers on percussion. 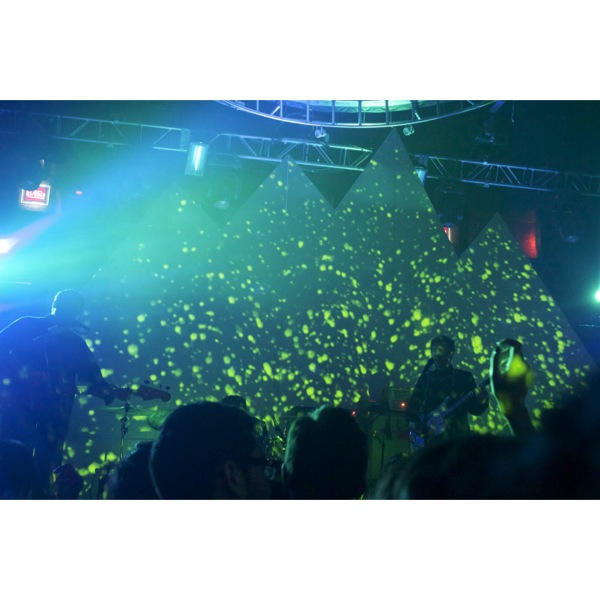 When the headliners finally took to stage at around 10:30pm, the audience went downright crazy. Prior to this show, I could never really imagine how music fans lose their heads for a band like Portugal. The Man. It’s not that they’re a bad band or anything- in fact I don’t have anything against them, and upon interviewing Carothers, found him to be a swell dude. But they’re not a band that scream “die hard following” like Radiohead, or more pointedly older bands with cult like devotion, such as Fugazi or Elliott Smith. I couldn’t ever wrap my head around the fact that they could be someone’s favorite band, even though I know a few people who think of them that way. I now know why. 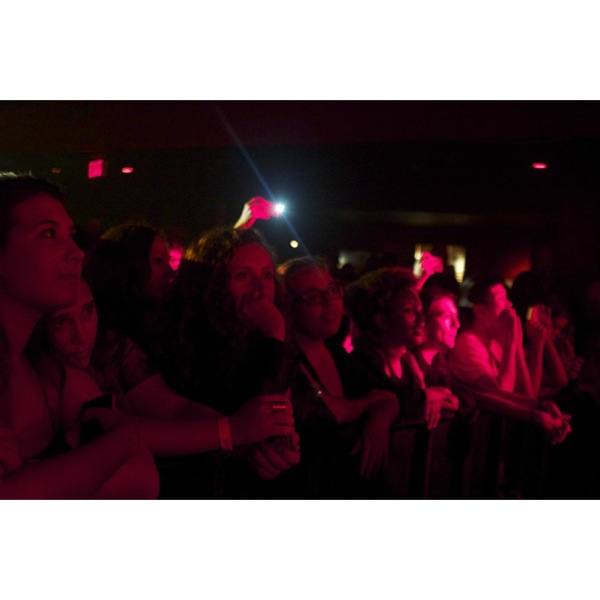 The thing with Portugal. The Man, is that they are undoubtedly consistent, never deviating from their goal of making music that appeals to a progressively broader and broader audience. They are aware of this. They aren’t blindly “slipping” into the mainstream, they are consciously making it a goal- and if their Fort Lauderdale show proved anything, it is that it’s working. Throughout their lengthy set, kicking off with “Purple Yellow Red and Blue” fans danced and shouted along to nearly all of their lyrics. The band threw in some covers, spawning from mid-set jam sessions, including “Another Brick in the Wall” by Pink Floyd and “Hey Jude” by The Beatles. The audience knew these songs, and could easily sing along. The band is smart. A lesser known cover, their rendition of “I’d Rather Go Blind” by Etta James, which I actually praised in our interview having heard it on their soundcloud, proved that the band is quite malleable in their approach to music. All in all, Portugal. The Man is doing exactly what they set out to, one show at a time.

3 Responses to “Review: Portugal. The Man at Revolution 10/9”

It’s enormous that you are getting ideas from
this paragraph as well as from our discussion made at this place.

I do agree with all the ideas you’ve offered for your post.
They’re very convincing and will definitely work. Still,
the posts are too brief for novices. Could you please prolong them a
little from subsequent time? Thank you for the post.

Appreciation to my father who informed me concerning this web site,
this website is in fact remarkable.