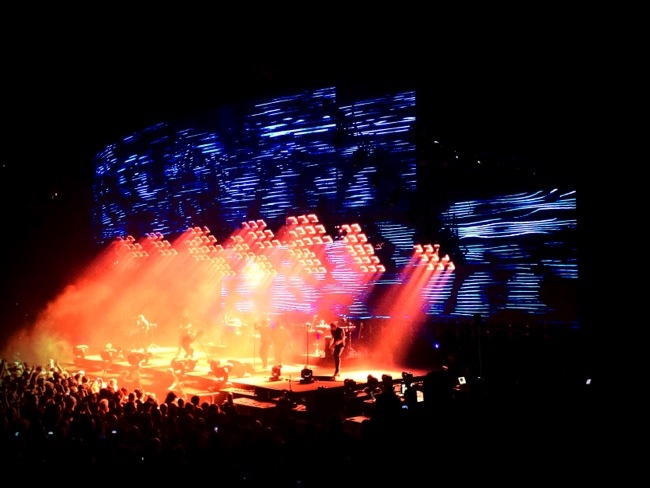 Last night, Nine Inch Nails made their way to the BB&T Center, and completely obliterated the chances of any other artist gaining the title of 2013‘s Best Concert. It is simply inconceivable another band could pull off anything even close to what they manifested on stage. Trent Reznor sounded better than ever along with his wildly talented band including, *cough, cough* Ilan Rubin on drums who casually melted faces, the bass master aka Peter Palladino, as well as the wailing mistress of soul, Lisa Fischer, whose vocal range literally climbs mountain tops. Or in South Florida’s case, landfills? It doesn’t matter. What matters is that Trent Reznor’s musical lineup enabled him to propel Nine Inch Nails’ music- new and old – to the heavens, creating a landscape of sound so incredibly detailed and refined that you almost wanted to question if it was really live or not. Don’t worry Rez, I believe you. Though the quality of sound was truly impeccable, what made this show feel profoundly, well, profound was the unreal light show that accompanied it, and furthermore took on a life of it’s own. 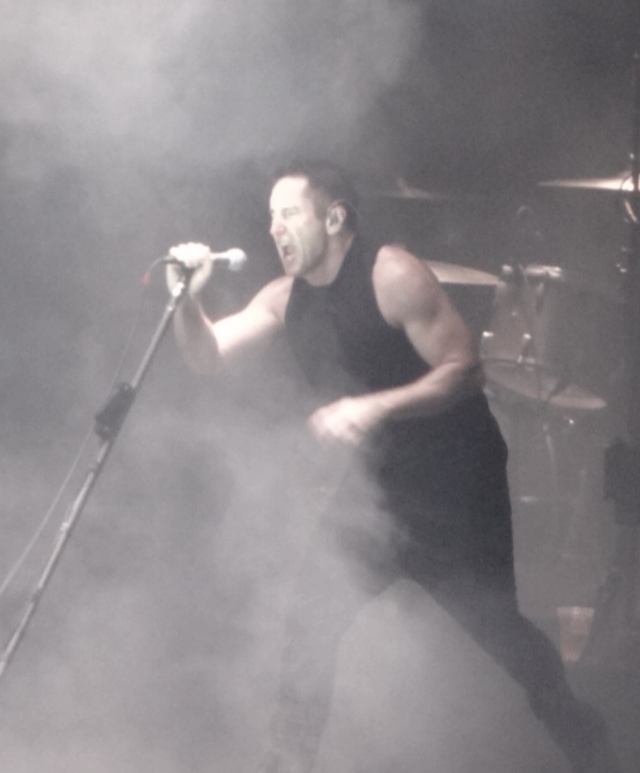 Before all that good stuff, the synth lord himself, Mister Gary Numan, took to the stage and performed a set that seemed pretty far removed from the bouncy temperament of his hit “Cars”. Not to say that was a bad thing, in fact, his performance was perfectly dark and sinister, with a certain edge of tension likened to the average Nine Inch Nails fan. As I overheard during his set, it was “kind of the best pre-Halloween show ever”. Like Reznor, Numan too sounded top notch, and seemed to have the athleticism of a 20 something year old scene kid in a Screamo band. Honestly, the way he thrashed about the stage using his clutched mic stand as a pivot, swiveling around, throwing that lush head of hair aggressively towards the ground was quite impressive at his 55 years. Keep on rockin’ Gary. 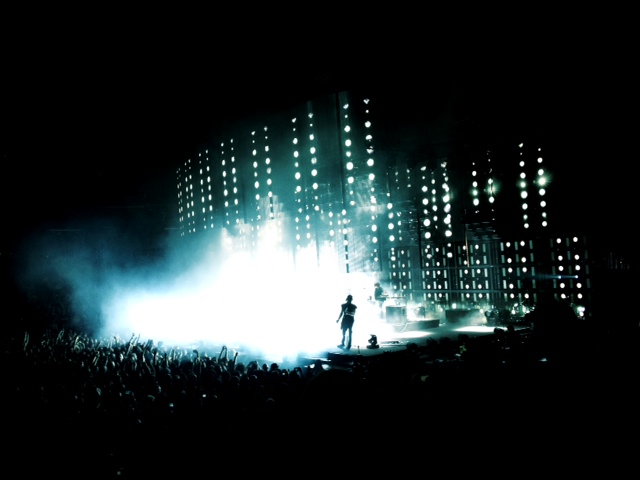 Soon after, layers upon layers of smoke cascaded onto the stage, and as the newly assembled NIN took to their places, beams of desaturated light chopped on and off about their figures erratically, as “Copy Of A” (off 2013’s Hesitation Marks) convulsed and eventually erupted into sound. Only a few songs later, “Terrible Lie” got the pit moshing and generally going crazy in true NIN fashion. ThoughHesitation Marks didn’t seem to get the best “marks” amongst critics, there’s no denying that the tracks were remarkably heightened as a part of a live show as grandiose and visually weighty as this one.

Putting aside my pride, it seems futile now to even attempt to capture the beheld multisensory experience that had our jaws dropping and our eyes widening. The utilization of multiple screens in the most innovative of ways saw the manifestation of dreamscapes so stunning, it became entirely of its own world. I must have shouted some variation of “WOW THAT WAS BEAUTIFUL” and “This is amazing” at least, what, 30 times? It became very easy to find yourself completely enamored and taken by this other worldly atmosphere, simultaneously in unbelievable awe of those on stage- the very reasons it even happened. It was the kind of a show that reminds you how downright amazing live music can be, as well as made you appreciate how far the whole musical universe has come. The show officially closed out after an onstage collaboration with Gary Numan, where they performed “Reptile” and “We Take Mystery (To Bed)”. “Hurt” was that last song, and it was raw and emotionally fervent and the perfect way to say goodbye, though we never really wanted to. 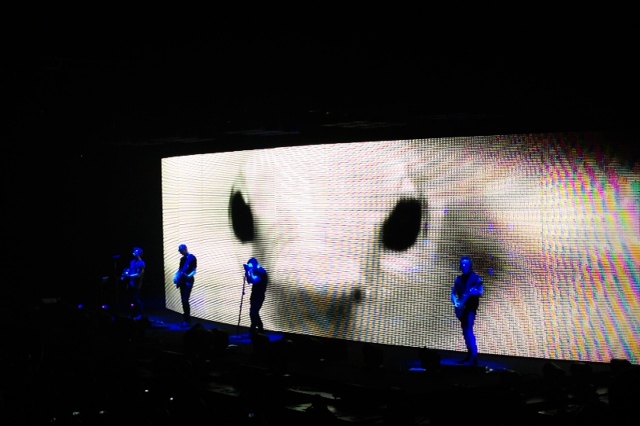