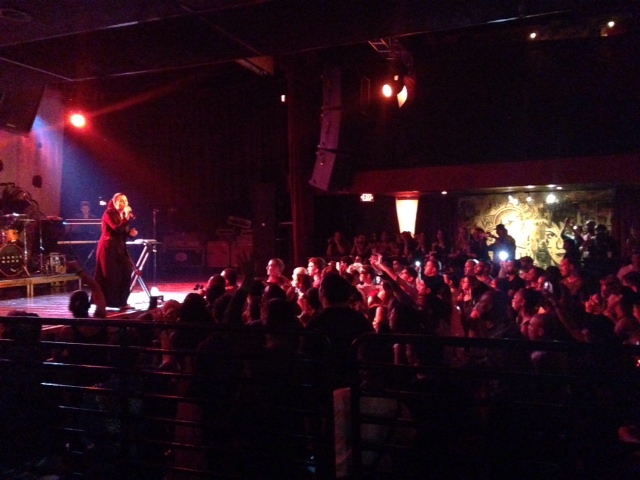 You may not know her yet, but in due time, you will recognize Jessie Ware as a talented, fun loving artist with the voice of a soulful diva, and the face of a sprite.  It’s possible that her name sounds familiar, having appeared on tracks for Disclosure and SBTRKT, but don’t let that overshadow your ability to see her for more than just a collaborator or pretty voice on a killer dance track; Jessie Ware is a singer and songwriter who has her wits about her, and it ready to take the world by storm.   Chalk full of verve and panache, Ms. Ware captivated the Ft. Lauderdale audience on Friday night at Revolution Live, with a down to earth charm that is not commonly seen in the music industry anymore.

Cracking jokes all night with the audience, one of the first things she made note of was how some people were at the venue very early for the show.  In a humble and comical retort to her own observation she quipped, “Why were you here, it’s not sold out!  You were fine!”  Well Jessie, people were just THAT excited… and rightfully so, because you are a sweet soul sister that is real, and oh so fly.  You can tell that Jessie doesn’t take herself too seriously in the sense that she has superiority over the audience, but rather a genuine showmanship that is marked by the love of entertaining and perpetuating positivity in its purest form.

Ware opened her show with the breathy and grooving “No to Love”.  This song has the repeating phrase, “Who says no to love?” which is a great question.  The answer could go both ways, and I did find myself in deep thought about it one night driving in my car.  But it’s simple here, Ware is all about love, and this is not lost in her performance.  Her love of the audience is one thing that was impossible to ignore.  As she sipped her tea through a straw in a to-go coffee cup, she acknowledge us after every song she performed.  In this way, each tune had a distinct beginning and end, but the storytelling in between was an added element that merged our two worlds together as audience and artist. 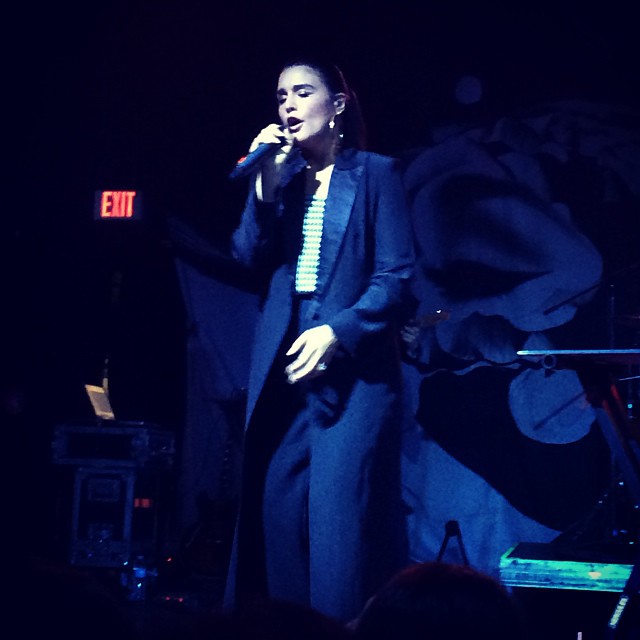 Ware had her backing band supporting her, consisting of a bassist, guitarist, and drummer.  By her side was some sort of drum pad machine which seemed to trigger backup vocals on her command (though from what my ears could tell, the backup vocals were more of her own gorgeous vocal samples).  Third song in, she played “Night Light” which is a slowed-down ballad, with a guitar part that takes you soaring.   Her expressive eyebrows and bone structure enables her to put effervescence into every note, every word, every glance.  I was certainly captivated by her energy, and through all of that energy there was not one dropped note or verse out of key.  She joked with the audience that a fan from a previous night on this tour yelled, “With a face like that, who needs tits?!”  Abit crass, but it’s true – the lady has a face.

In between songs, Ware made mention to a girl in the front row who she just wanted to say hi to (I guess this gal was particularly raging), and asked for her name.  “Aja,” the girl replied.  “Aja?!  As in Steely Dan Aja?” Ware reacted.  Well slap me sideways!!  I was ecstatic she thought to even reference Steely Dan, much less know them and Aja (one of the greatest records of all time).  As if I didn’t respect her already, she just grew ten feet in my book. 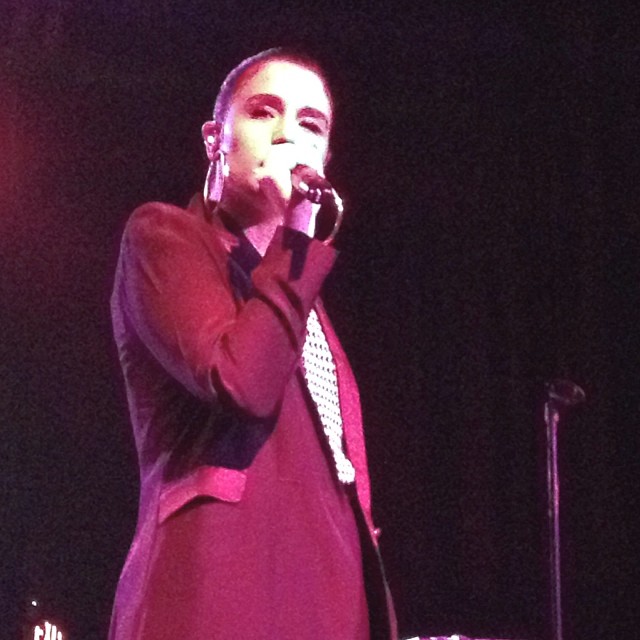 The evening was littered with all of the music featured on her first album Devotion, which was released this year.  The record is an accurate portrayal of love, good vibes, smooth grooves, and vocals that will make you feel all warm and fuzzy like Sade.  Although it was a short show, it was sweet as hell.  She was a true lady, and a fun one at that.  I feel lucky to have seen her in such an intimate setting this time around, as I know Ware will be exploding into the universe very shortly.