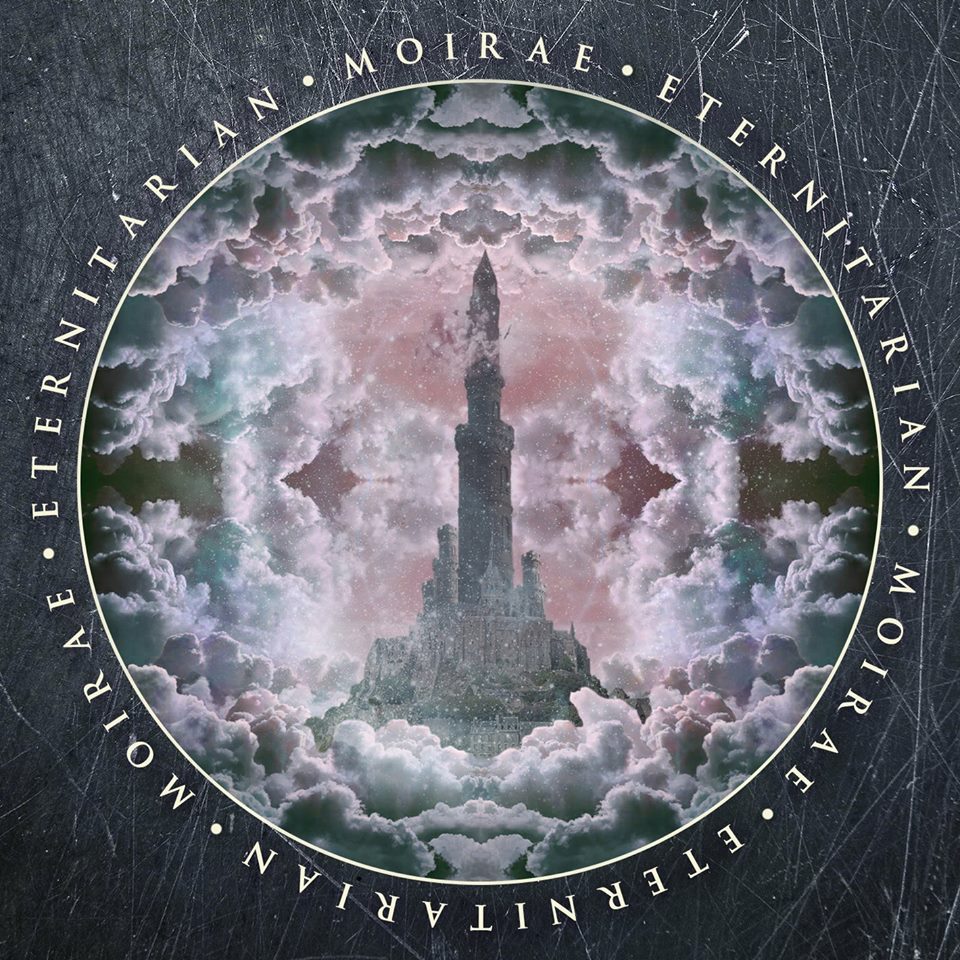 Sitting with Moirae as they finished vocals for their debut album Eternitarian, it settled in that something special was taking shape. As a clear, organic mix was chiseled away in the next room, singer Rene Maza roared into a microphone in the unassuming back office of a warehouse in Cutler Ridge. They were cutting it close – in three days, they were to be finished with the record and heading out on tour right away. Creativity was being pushed to the limit.

Potential vocals were thrown around the room as they screamed lyrics, playfully acted out gestures to communicate ideas, and took pause to contend with just how exhausted everyone was at the late hour of 4am.

Moirae was formed in Miami in 2009 by guitarist Aric Meerbott (formerly of Miami hardcore band Knock ‘Em Dead) and drummer Davin Sosa. They soon enlisted singer Rene Maza who had played for a short while in Knock ‘Em Dead with Aric, and bassist Joel Chavarria who had played in past bands with Davin. Their original second guitarist left and was eventually replaced by Daniel Cintron, a local guitarist they had met through various local acts. Eternitarian developed after they had recorded their first EP, Antemortem. They strived to change the direction musically and try to step up recording quality by doing it themselves.

My experience at their recording sessions gave the strong indication that a band recording/producing themselves, no matter how high their skill level, can drive themselves partially insane at any given moment. The group agonized constantly for hours over near-identical takes and subtleties that sometimes would never even be considered for the end piece.However with all the insanity, everyone still managed to have maximum fun and morale never once dropped.

The ability to record at home has empowered countless if not all musicians in the modern age. The difference is in skill and quality, both of which Moirae can execute well enough to kill the need for professional assistance. It saved them stress as they were able to work on their own time, and it obviously saved them oodles of money.”All the money that we would have spent on the recording we just spent on chips and iced tea ,” said Davin.

The mix on the album is a world above their past work in terms of recording quality. Recorded primarily by Aric and Davin – also the founders of Guzu Recording Situations – they seem to have found the perfect heavy but still tasteful presentation of their work. Everything was recorded separately, with all the guitars going direct and then getting re-amped later to allow time for more accuracy and tonal exploration.

Another cherry on top is that in addition to Rene’s expertly screamed vocals, Aric, Davin, and Danny are featured vocally as well. Their passages and harmonies add another layer of depth to an already rich collection of tunes. ”We just made all this shit up the other day,” explained Aric, adding “We planned on having singing on it, but I don’t know if we like, knew who was gonna do what, where.” Those parts solidified into key moments in the songs.

Sometimes in Miami’s heavy music scene, trends rule the day and the artists who play by their own rules in their own world may get overlooked. But for Moirae, the sheer musicality and artistry are impossible to ignore. Moirae transcends scenes. They are beyond being part of a scene in Miami. Musically, they are cinematic and scenes exist in their songs, but they stand apart from anything that could casually be grouped together. They’re a group of artists who happen to use heavy music as their medium, and they possess the ability to whisk the listener away to somewhere in their imagination.

That is what Eternitarian can do for it’s audience. It’s not music that makes anyone feel cool, and it’s not music designed to cater to a specific demographic. It can do the same thing that a fantastic movie can do. It can provide escapism and get one lost in the progression, the thought out arrangement; the chilling quiet moments and the pounding loud moments. They’ve succeeded at taking both the listeners’ ears and their own art form to a whole new level.

Eternitarian  is set to be released on Thursday, October 24 on Bandcamp. Limited edition cassettes will be available at live shows, starting with the cd release/tour kickoff show the same day with Suns of the Morning Star, Dissever, and Tetragrammaton.

They’ll be touring all over Florida and into Georgia in the following week, so catch them at your local venue!

I understand. I saw that the Wikipedia page for roipboardeng had been replaced with the swing board and i figured you were trying to claim they are the same sport and thus you owned the rights to it, as several groups have tried to do in the past. But you don’t seem to be doing that so we have no problems.