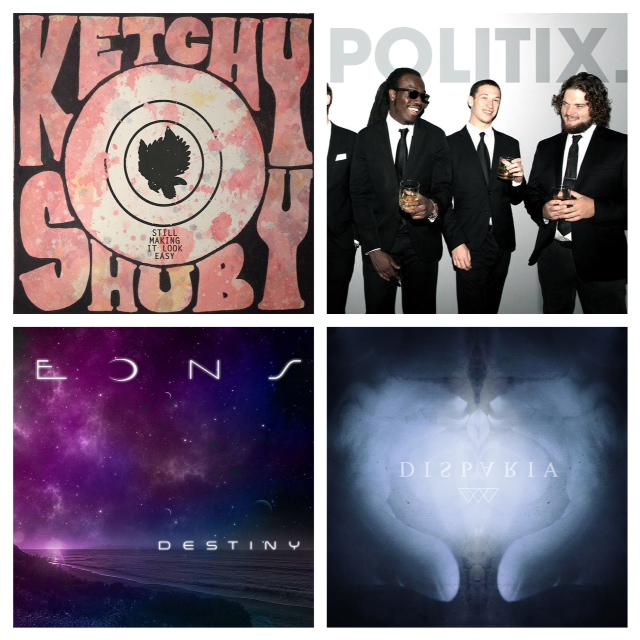 The past few months have been pretty great for a town that most music fans are quick to dismiss. Variety seems to be the name of the game in the South Florida scene this summer, with everything from chill raps, to explosive pop, to dark drones being released to the general public. As Miami and the surrounding areas claw their way up the ranks to becoming a musical hotbed, these new tracks are a great way to begin immersing one’s self in everything there is to hear.

LiL Daggers
Miami has never been known for slinky, psychedelic washes of sound. It’s more known for pumping 4-on-the-floor dance beats, but the video for “Jazz Tom,” released in July, insinuates that things might be changing in the scene. It recalls the Doors and Sonic Youth, with a bit of extra drone thrown in.
Eons

Ever wonder what it’s like to have an ’80s teen sci-fi flick play on loop in your mind as you listen to a song? The new single by Eons, “Destiny,” will show you exactly what that’s like.

Listening to the new track “The Watermelon” by Ketchy Shuby will do everything short of literally transport the listener to a smoky, jazzy bar where everyone is drunk, laughing, and having a good ol’ time.

The Rickenbacker-fueled jangly indie-pop of Lavola is sure to snag one’s attention. “The Queen is Dead,” the new video from the Miami foursome, is a catchy and gratifying piece of sonic sweetness.

Austin Paul
With his restrained and tasteful voice and his chill style, hook filled songwriting worthy of Cee-lo Green or a Buddha Bar mix, Austin Paul hits all the right notes in his recently released video for “Believer.”
Dude Skywalker

If South Beach is the place to get a dance party started, then don’t forget to throw on the latest mix by Dude Skywalker. The groove is relentless and the song choices are perfectly matched by a skilled DJ on his way to the top.

With a sexy beat and lo-fi vocals, Psychic Mirrors channel the vibe of a neon sign glowing through a darkened motel room window while something taboo happens in the background. Their brand new song “Midnight Special” channels a very evil Prince playing every note you want to hear.

Playing with a band of real musicians, The Politix takes his lyrical wordsmith-ing and applies it in a way that would make the Roots proud. The live performed video of “Love For Me,” released in late August, showcases his half-singing, half-rapping style in a catchy musical light.

The second to last track off of local Miami grind-sludge rockers new album, “Strange Transmissions from the Neuralnomicon,” is a non-stop barrage of heavy riff-age and constant sonic stimulation. The song, “Tragic Orbit: A Doomed, Cosmic Starship” sounds like what it is called. A spacy, doomy, intense jam that’s best listened to while floating.