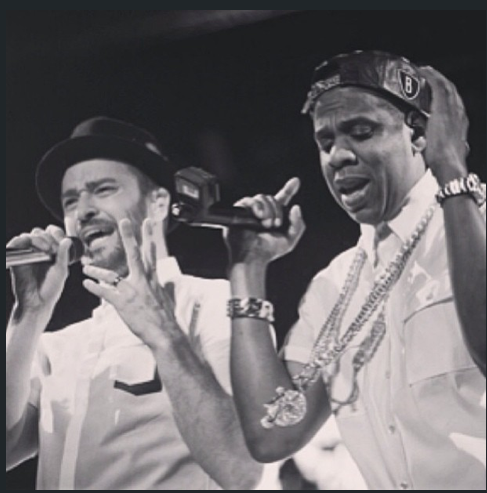 It was an evening filled with song, dance and sweat at the Sun Life Stadium in Miami, for the “Legends of the Summer” tour featuring Jay Z and Justin Timberlake. All concertgoers were judged by one another based on a single question: “Are you here for Justin or    Jay Z?” Would it matter which one you chose? I was there for both, but I will openly admit here and now that I was more partial to Justin Timberlake by the end of the evening.

The stage was set for the evening, resembling the structure of one of those show-rides at Universal. There were concentric frames that receded to the back of the stage, which were able to take on projections that changed throughout the evening. To begin, they projected roman statues and columns, which was seemingly appropriate for the explosive opener “Holy Grail”. Both Jay Z and Justin Timberlake opened the evening with this new popular Jay Z song, and the packed stadium went wild! The legends did not miss a moment when moving right into the next song “I Just Wanna Love U (Give It 2 Me)”, followed by a Timberlake number, “Rock Your Body”. The intro to the show was very much a medley, with one song flowing right into the next, finishing up with Jackson 5’s “I Want You Back” and “Izzo (H.O.V.A.)”.

If anyone is wondering what the hell H.O.V.A. is, that would be Jay Z referring to himself as the savior, or Jehovah, of rap music. The song is featured on his sixth studio album titled The Blueprint (released in 2001…really proof of how time slips away from us). Justin and Jay Z spent the evening alternating between their music. It was a few songs Justin, a few collaborations, a few Jay Z, and so on and so forth. We got to see the musician side of Justin when he came out for his song “Senorita”, where he tickled the keyboards like a stuffed animal. I didn’t realize Justin had talent beyond song and dance, however he really impressed me with his funk and grooves on the ivories. Beyond that, he was singing and dancing like he was a muppet on Sesame Street…a really sexy muppet. You gotta give it to the kid, he is a performer through and through. 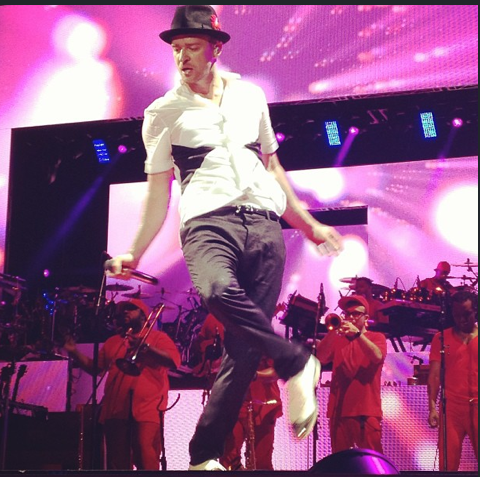 You could tell Justin was bashful about dancing for everyone, perhaps feeling like it would be a bit silly with the savior of rap next to him and all. The first little dance number he did was not even projected on the big screens, and he acted as if he was a bit reluctant to give in to the moves. However, once his first little dance solo was over and done with, you could tell he wanted to do more, and he did. So wait, this guy can sing perfectly, dance perfectly, play instruments perfectly, and have a smile to dim the sunrise? Good god Jessica Biel, you’re a lucky broad. 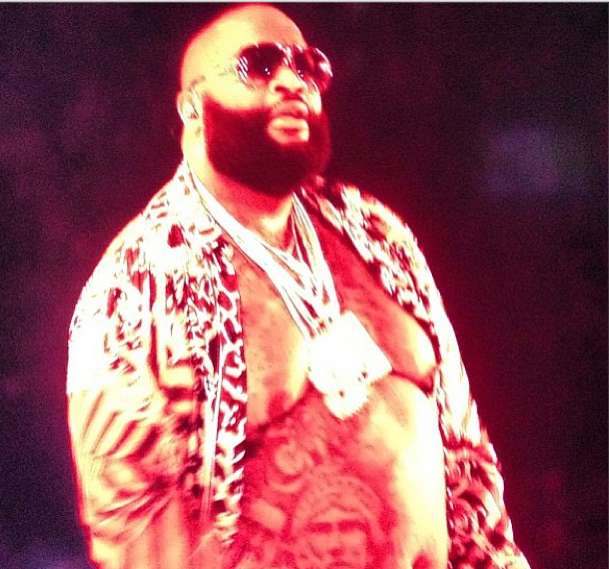 “Whatch y’all know about Brooklyn booooooyyyy?!” Jay Z hollered to the audience. Me being a Brooklyn transplant now living in Florida, I do know a lot about Brooklyn, and had to yell back with the rest of the audience. It was at this moment that Rick Ross, a Miami native, came out to do “Fuck With Me You Know I Got It” with him. Another surprise occurred when Timbaland came out to perform “Sexy Back” with Timberlake. As the night wore on, Jay-Z reflected more of his New York roots with “Empire State of Mind”, framed within a very theatrical performance of Sinatra’s “New York, New York” as done by Timberlake. 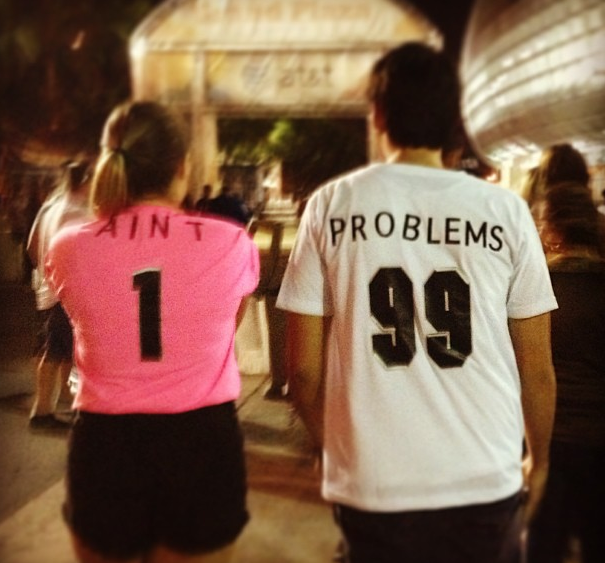 Overall, Timberlake’s style and flair was that to match Stevie Wonder and Jamiroquai. He surprised me with his skills on keys and guitar, and never missed a beat stylistically or vocally. I would even go as far to say as he was a bit “Princian”. Jay Z kept the edge up with other songs like “Big Pimpin’”, “Dirt Off Your Shoulder”, “Encore”, “99 Problems” and more. All the hits you would expect to hear, without surprise, he was able to deliver.

The encore featured a tribute to Trayvon Martin, which people either loved or hated. Trayvon’s family was in attendance, and to commemorate his life, Timberlake sang a poignant rendition of Alphaville’s “Forever Young”. Afterward, Timberlake and Jay Z were poppin’ two gold bottles of champagne on “Suit & Tie”, where Justin looked at his bottle, then the audience, and chortled “I’m that guy now” after which he took a big swig. Ha! In the end, they are both “that guy”, giving a well rounded performance for any music lover around. It included rap, melody, dance, humor, talent, and energy. Big ups!