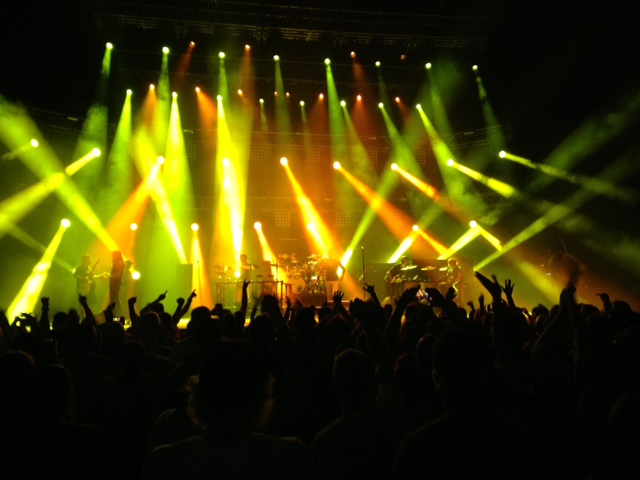 It was a return to my roots on Sunday… my grassroots that is.  The 311 Unity Tour hit the Cruzan Amphitheatre in West Palm Beach for the midway point in their 23 show national tour.  While we were missing one very important contributing factor, Bradley Nowell, the Unity Tour still encompassed everything we loved about the 90s: Sublime, Cypress Hill, and 311 (plus Pennywise and G. Love & Special Sauce).  This super lineup was the sing-along event of the century, compiling all the classic stoner songs we know and love, and putting them all in one place.

The evening of music kicked off around 5pm with G. Love & Special Sauce.  One of the great things about the Cruzan Amphitheater is that you have a fantastic setup for tailgating.  We were able to enjoy G Love’s set sonically, from the comfort of our own cars and coolers.  Afterwards, Pennywise took the stage and really revved things up with their usual punk rock rebellion.  Classics such as “Fuck Authority” and “Society” were welcomed by the audience who sang along with passion and fists in the air. 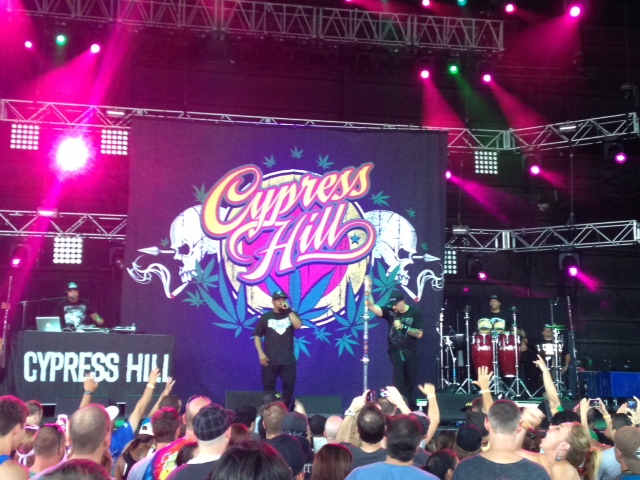 The next group on the bill was Cypress Hill, and let me tell you, this was one of the best performances of the evening.  Sen Dog and B-Real brought so much invigorating energy to the stage.  Everyone was bouncing around and bopping their heads to their hip-hop rhymes and beats.  Members DJ Muggs and percussion player Bobo ascribed a groovy spin on the songs, which make Cypress Hill’s song catalogue eclectic yet accessible and catchy.  When they played “Hits from the Bong”, a stagehand brought out a five-foot bong that B-Real then had him light, and took a rip halfway through the song.  They played all the hits which included “Insane in the Brain”, “How I Could Just Kill A Man”, “Dr. Greenthumb”, “(Rock) Superstar”, and “Roll It, Light It”.  It was certainly a dance party where I was sitting; each member had the crowd entranced.  Or maybe everyone was just really, really high.

The amphitheater was packed to the gills, with the entire lawn covered from end to end by the time Sublime took the stage.  I have to be honest; this was my least favorite portion of the evening.  They played every song you would expect, opening their set with “Date Rape” and continuing with songs like “Scarlet Begonias” and “Summertime”.  They of course had to throw in a “Santeria” for good time’s sake, being that we all probably have a memory of belting that song out a zillion times in countless places with countless people.  But really, in reality, Sublime without Bradley was just not Sublime at all.  And his replacement Rome?  Who is this guy?!  Not buying it. 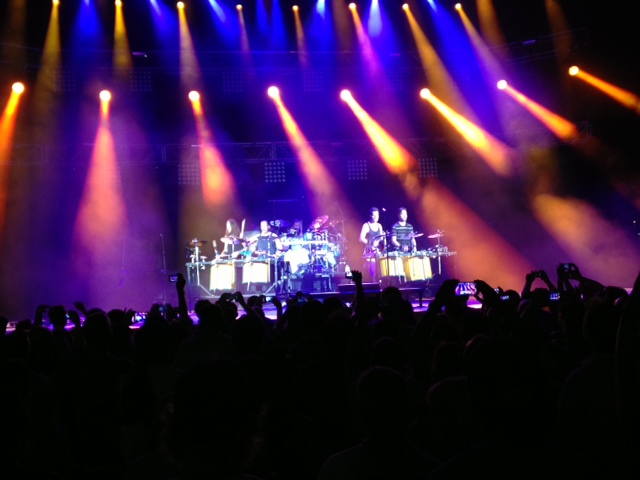 Now onto the real magic of none other than 311!  311 was my first concert ever when I was 14 years old, and I had not seen them since.  You can imagine my excitement, and they did not disappoint one bit.  Nick Hexum came out strong in an all white suit, before he eventually ripped the white shirt off and came back in a traditional black wife beater.  They opened with “Beautiful Disaster” and the audience went crazy!  Everywhere you turned people were singing and dancing to every word and note.  “Come Original” was a hit, but what really took the cake was “Do You Right”.  “Do You Right” is one of my favorite songs of theirs, and this performance was no exception – it was a classic take on an old school songs, singing “can’t get enough, this is the stuff, life’s about and it trips me out!”  A portion of their set included a high energy drum session, where each player hammered away on percussion in perfect synergy with one another.  They even got playful with it and tossed drumsticks back and forth to each other throughout the jamming.  Amazing!  Their set also included “Amber”, “Freeze Time”, “Jackpot”, and “Creatures”, “All Mixed Up”, and the stoner must-have “Who’s Got the Herb?”

At the end of the night, I was perfectly satisfied with the entire evening.  It was such a beautiful time for old friends to come together and jam out to the songs that filled their teenage years of angst and troublemaking.  If anyone has any doubt, I am here to assure you that 311 has still got the heat, knows how to perform and hold a crowd, and has a GREAT time doing it.  The same goes for Cypress Hill.  If you get a chance to see this Unity Tour, hop on that train and sing your little heart out!  And don’t forget to roll it and light it.