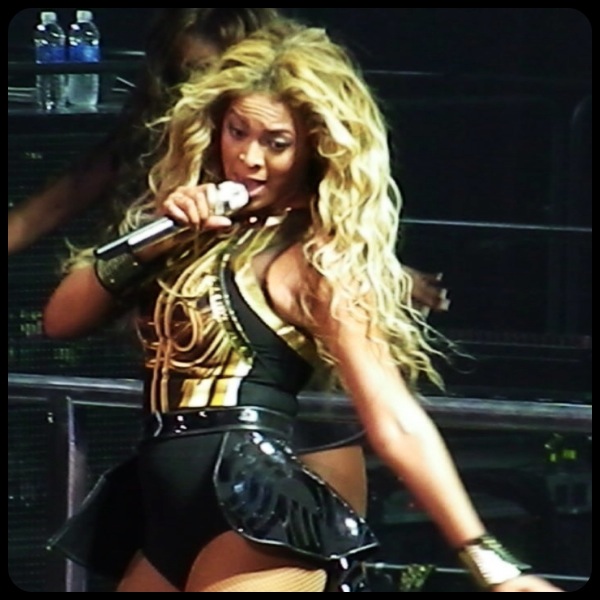 The American Airlines Arena in Miami was on fire Wednesday night, and this time it was not the Miami Heat bringing the flames, but the work of the Queen B herself, Mrs. Beyoncé Knowles Carter.  On the ninth stop of her Mrs. Carter World Tour, Miami was blown away by the power and command of this superstar songstress.  Between her flawless voice and unrivaled dance moves, Beyoncé’s verve was explosive on stage, and I had goosebumps for 90% of the show.

Before she took the stage, video clips were shown of advertisements that feature Beyoncé, as well as film shorts showcasing the charity work that she has done through her career.  The curtain that hung over the stage bore a backwards “B” with a filigree crest around it, and when showtime began, the curtain was immediately sucked up into a black hole of darkness, and a large film screen showed an avant-garde Beyoncé slowly marching to a throne in a twisted Alexander McQueen-esque dreamscape, wearing all white with her servants marching in around her, also entirely dressed in white.  Cut film to produce Beyoncé in the flesh on stage. 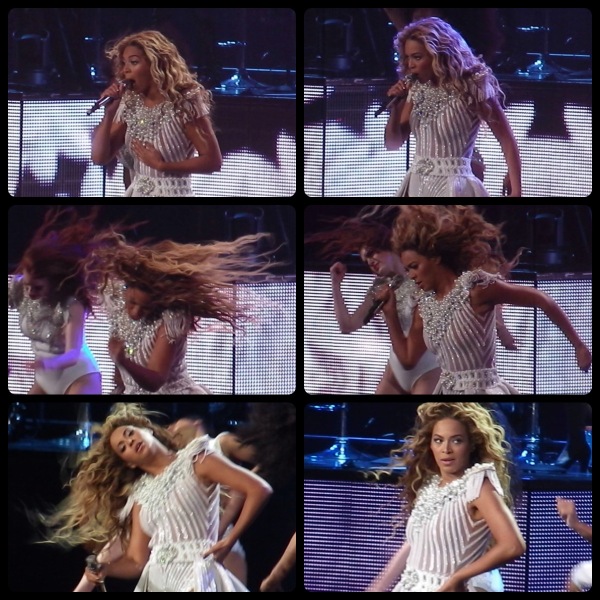 Her first word spoken to the audience was simply, “Miami”, when she then broke in to her hit song “Run the World (Girls)” with stage-wide pyrotechnics shooting up behind her, revealing her live band.  The band was comprised of all women, complete with backup singers “The Mamas”, and a horn section that blew our socks off.  Her dancers on this tour are all women as well, except for the two identical twin brothers from France, dubbed “Le Twins”.  Everyone on stage was synergistically moving and consistently captivating (when I wasn’t drooling over Beyoncé’s overall amazingness).  After performing a few songs, Mrs. Carter very graciously spoke out to the audience to wholeheartedly thank “the most incredible fans in the world” and dedicated her next song to us, “Flaws and All”.

Beyoncé underwent about 6 costume changes throughout the evening, and in between each one we were shown videos with the same motif of queens and royalty.  Each one had varying styles, some being a more broken down princess ballerina concept, and others containing a more upbeat Marie Antoinette flare.  In all the montages, Beyoncé’s voiceover spoke deep visceral words about self-realization, finding oneself in isolation, discovering personal revelation, and moving through the trials in life to come out on top.  It was all very inspiring and did not come across as fake in any way.  I truly believe Beyoncé personally wanted to use her own experiences to inspire others, and you could tell that these words were true from her heart. 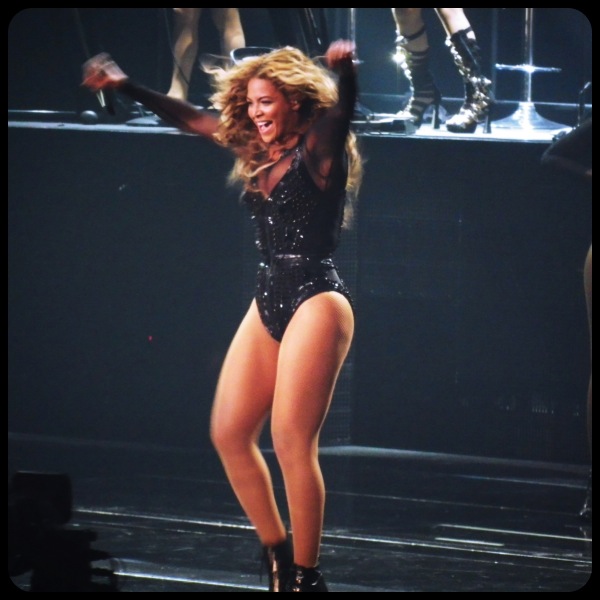 An unexpected treat in the evening was during “If I Were a Boy”, when I recognized that the band was playing the melody of “Bittersweet Symphony” (The Verve) as the background music.  This gave the song an ultra emotional appeal, reaching me in ways I was not expecting at a Beyoncé show.  This was not the only surprise of its kind, as later in the show after “Party”, the band played an instrumental of Michael Jackson’s “Human Nature” while Beyoncé exited the stage before another costume change.

A high point of the evening was during “Baby Boy”, when her and her dancers were silhouetted by a long screen that stretched from stage left to right.  The screen produced psychadelic black and white designs while her and her troupe danced wildly in front of it, making for a truly sensational sight.  Another unique moment was when two dancers performed a modern dance number to a progressive ambient instrumental number.  There was also a point when “Le Twins” took the stage to themselves and danced their hearts out for an instrumental break in the Curtis Mayfield inspired tune “Why Don’t You Love Me”.  I was also partial to her performance of the 80s infused tune “Schoolin’ Life” where she told us, “If you’re a true fan, you’ll know every word to this song”… so if you’re a Beyoncé fan, get on that. 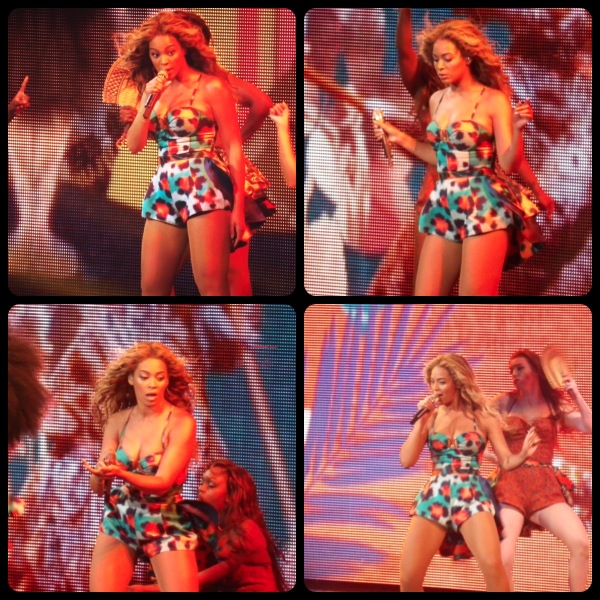 The rest of the evening was filled with other popular tunes like “Irreplaceable”, “Crazy in Love”, and “Single Ladies”, and she even busted out the Destiny’s Child hit “Survivor”!  At the end of the show, she sang the first verse and chorus of Whitney Houston’s “I Will Always Love You” (again, flawless), which then parlayed into “Halo”, where she worked the front row touching fans and even signing autographs while singing.  How she does it, I do not know!

If there is one thing I learned tonight, it is that Beyoncé is just BETTER LIVE, and that is a rare thing to say this day in age.  She did not miss a beat or a note, and there was no lip-syncing involved in this performance.  She is a born entertainer, and surprised even myself with how much she reached me.  I know everyone in the audience was feeling the same, with some people even brought to tears of joy (okay, I may have been one of those)!  If you get the opportunity to see Beyoncé on this world tour, I recommend it for at least once in your life!

hands down this review was EVERYTHING!! i went to AAA show. got up at 7am and stayed in line for hours! it was so worth it because i cried my eyes out and even managed to catch her towel! AMAZING NIGHT!

neighbors singing karaoke. How will I sleep?!