Review: Fall Out Boy at The Fillmore Miami Beach 6/5 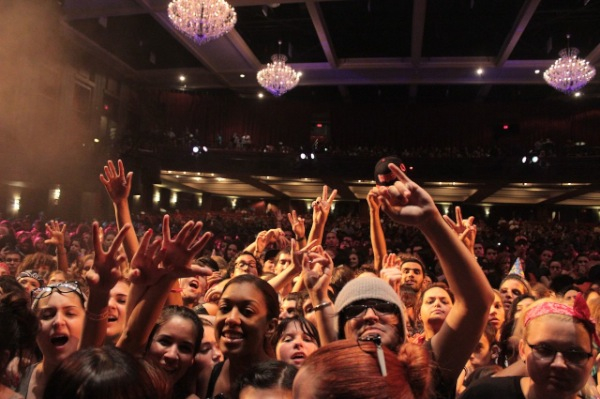 Listen. I love Fall Out Boy. I don’t love them in a purely nostalgic, “remember when this was our favorite song?” kind of way, I love them for their past, their present, and what is becoming their radical future. Some call them a guilty pleasure, but I am wholly unashamed. With albums like From Under the Cork Tree and Infinity on High they encapsulated everything that was right about an, albeit, underrated phase in rock music- the early 2000′s highly theatrical and most lyrically clever time for a glorious and yet ambiguous genre that is pop punk. Even in the name there is a contradiction, how can something be pop and punk at the same time? There was -is- an amazingly infectious quality to this music, and Fall Out Boy remain  the most umbrella-like in their quest to “Save Rock and Roll” by somehow blending the best aspects in all styles to create music too irresistible to not dance to, but whose blood and guts remain truly punk as they sing out the sexually frustrated, sticky and anxious songs of the rejects that will always be there to buy their records. There is a reason they were swept up and yet not lost in the mainstream, and as stated in the 1998 cult classic, SLC Punk, “we can do a hell of a lot more damage in the system than outside it”. 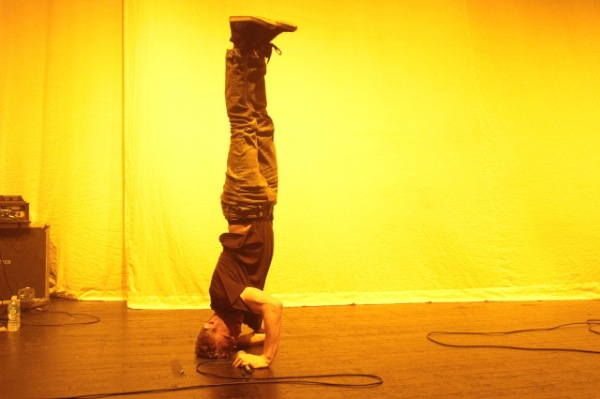 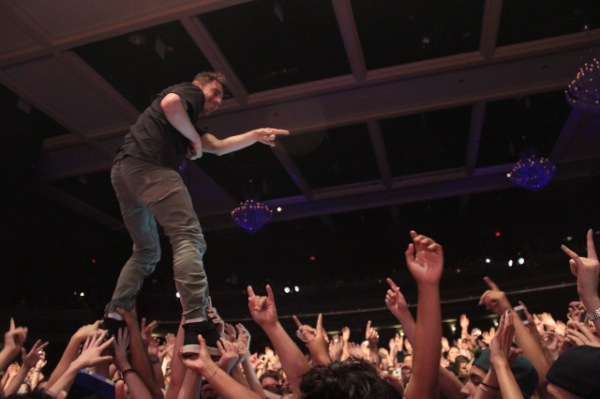 On June 5th, they played for a sold out Fillmore (sold out, that is, in only 3 hours after tickets went on sale) along with openers New Politics. The trio took to the stage with an unmistakable confidence that somehow never turned into arrogance, you could tell that they were seriously having the time of their lives up there. It made total sense that they opened up for Fall Out Boy, their brand of pop/alt rock was well suited for the audience, comprised mostly of teens to 20 something year olds sporting party hats in honor of Pete Wentz’s birthday (which I thought was really cool and made me proud of South Florida). Lead singer David Boyd seemed born to be a frontman, dancing and complimenting the “beautiful southern girls” who swooned in the front row, belting their danceable hits like “Harlem” and literally walking on the crowd as they welcomed him with eager arms. He was a heartthrob (think Dave Franco) and he damn well knew it. Towards the end of their set, he talked about how music brings people together, a prevalent feeling that dawned on me especially whilst singing surrounded by mirroring voices to “Dance Dance” and “Sugar We’re Going Down” during Fall Out Boy. At the beginning of their set closer, the suave New Politics’ ring leader preached, “Even though nothing in life is perfect, this is fucking close.” Which is pretty much how I felt all night long. 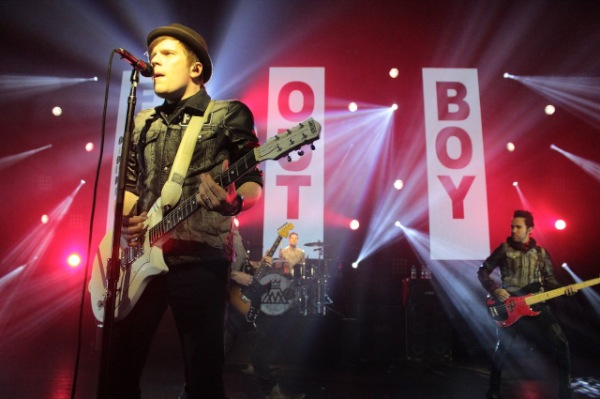 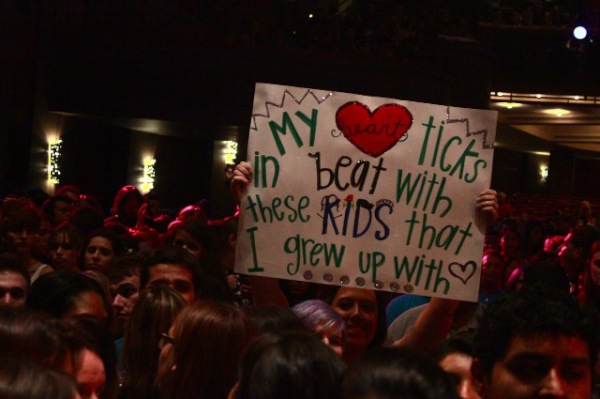 As New Politics left the stage, a white curtain was drawn obscuring all activity behind it. Then, the lights went up to reveal the silhouettes of the long awaited quartet, when, in one dramatic swoop, the curtain was pulled. Clad in vests with the word “YOUNGBLOOD” embellished on the back, Fall Out Boy looked more like rockstars than ever before as they dove into their classic opener, “Thriller”. You could tell right off the bat that the once baby faced lead singer, Patrick Stump, was definitely feeling sexy up there, holding a fresh confidence and showmanship to go along with his sleek new look-though I kind of miss his classic sideburns. In fact, the whole band looked like they’d had a sort of facelift, the years had done them well. They continued to slam through a set well mixed with some surprising oldies (“Tell That Mick He Just Made My List…”), quintessential favorites mentioned earlier along with my personally beloved “Hum Hallelujah”, as well as what I believe are the best tracks off their latest album (“Phoenix”, “Death Valley”, “My Songs Know…”). 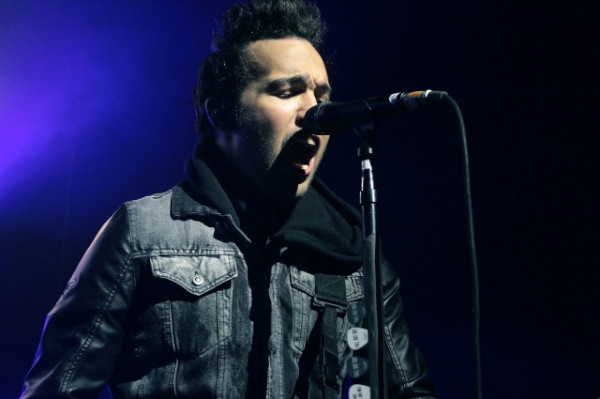 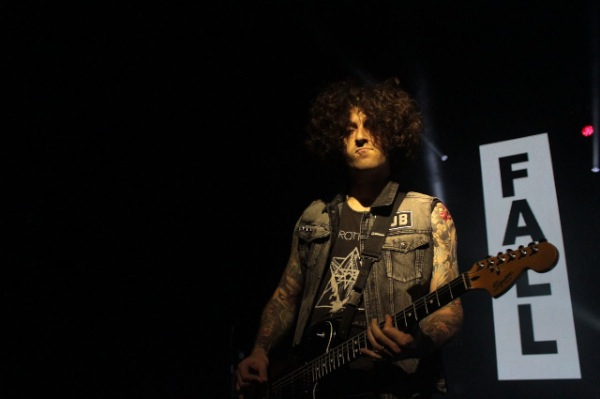 Perhaps a key factor in making the night so memorable was the fact that they seemed to be genuinely happy to be there. Obviously, it wasn’t the largest room of people they’d played for before, but they performed like it was- yet remaining personal and connected to the totally fawning crowd. Especially when at one point, Pete dedicated a song to the “tiny human” on his father’s shoulders towards the back of the first pit. It was Jack, aged 3, propped up by his father Robin, 34, who I swear to you knew all the lyrics to every song. When Pete pointed towards the seriously adorable child, he commented on how Rock ‘n’ Roll that was- and it really was very, very punk. Upon talking to the couple later, the mother told me that they had been at the previous show in Orlando, and that when their son overheard them talking about the next show at the Fillmore, he promptly told her he didn’t want a birthday party or presents, he wanted to see Fall Out Boy. If you don’t think that is the most beautiful story and still doubt that Fall Out Boy, in their own perfect way are at least somehow saving Rock and Roll and feeding it to the youth who deserve it, than I don’t know what else to say. 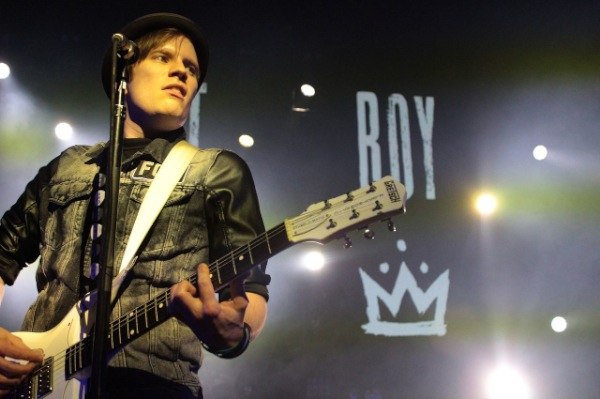 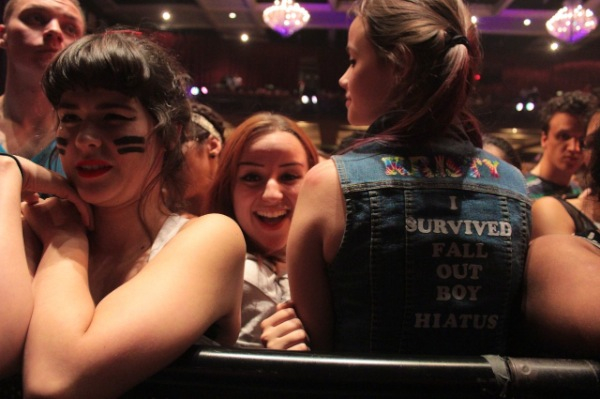 I can conclude though, that the show hosted the longest line of fans prior to doors opening (all the way around the block) than I’d ever seen before at a Fillmore show in Miami. Rather than lolling in after the opening band, which I see way too often, Fall Out Boy fans got there hours and hours before. Though many were teenaged and side bang-ed, they were dedicated as hell and went nuts when that band got on stage. It was electrifying to see that sea of people dance and sing along as one. No, they weren’t Pitchfork music critics and yes, most of them probably had a curfew, but does it really fucking matter? That night, they collectively represented an unhinged energy and bountiful adoration for rock music that is not unlike the bands that have gone down in Rock ‘n’ Roll history. The proof is all there, it’s as tangible as the sweat dripping from the fans faces, the hand that will go unwashed because a band member touched it. Fall Out Boy are doing it all right, you just have to open your eyes and see it. 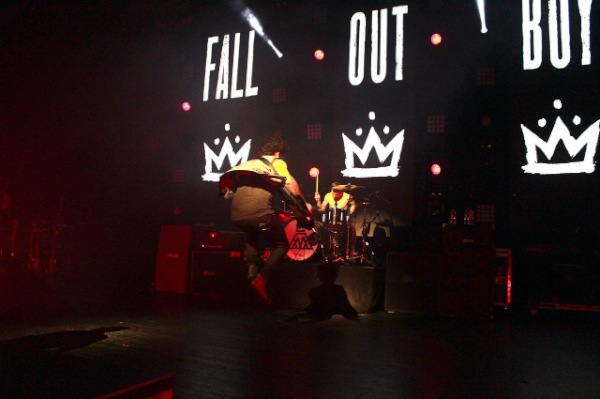 “Thriller”
“I Slept with Someone in Fall Out Boy and All I Got Was This Stupid Song Written About Me”
“A Little Less Sixteen Candles, a Little More “Touch Me”
“Disloyal Order of Water Buffaloes”
“The Phoenix”
“This Ain’t a Scene, It’s an Arms Race”
“Tell That Mick He Just Made My List of Things to Do Today”
“Alone Together”
“What a Catch, Donnie”
“Death Valley”
“Hum Hallelujah”
“Grand Theft Autumn/Where Is Your Boy”
“Sugar, We’re Goin Down”
“Young Volcanoes”
“Dance, Dance”
“I Don’t Care”
“My Songs Know What You Did in the Dark (Light ‘Em Up)”

One Response to “Review: Fall Out Boy at The Fillmore Miami Beach 6/5”

Hey there, I am Jack’s daddy, Robin, and I love the review. I am actually trying to find any video footage of Pete’s dedication to my “Tiny Human.” Does anyone have any footage of it or any pictures? Thank you.