Review: Charli XCX at The Garret at Grand Central 6/8 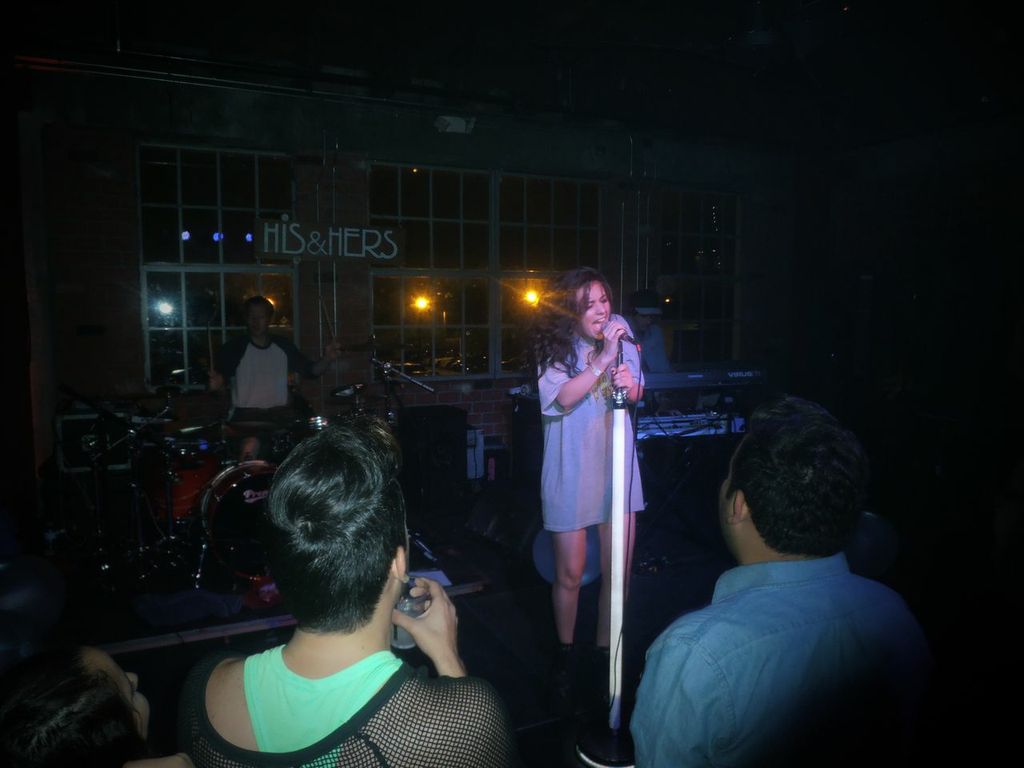 It’s not so often that a newcomer manages to capture the essence of contemporary pop music; the balladry, the infectiousness, and the squeaky clean production values, all while adding their own brand of personable earnestness to their lyricism that borders on brazen. Hailing from Hertfordshire, England, Charlotte Aitchison, better known by her moniker, Charli XCX, has already tapped into her proclivity for crafting songs that boast a tangible sense of hard-edged femininity in their lyrics. Having already notched a Billboard top 10 with Icona Pop’s breakthrough smash, ‘I Love It,’ a track that she both wrote and featured on, the twenty-year-old Aichison has already proven herself to be quite cognizant of what makes a great pop song.

This past Saturday, Aitchison made her Miami debut as Charli XCX, headlining the weekly His & Hers party at the Garret. From the onset, the ambience was rather subdued and tranquil, as resident DJ Ray Milian curated a fine assortment of danceable tracks that covered a broad spectrum of genres. The room glistened with shadows and shimmers that danced ubiquitously through the expanse of the space, taking on a life of their own that seemed to be a direct contrast to the rather unenthused mass of eccentrically-dressed twentysomethings that populated the dance floor. 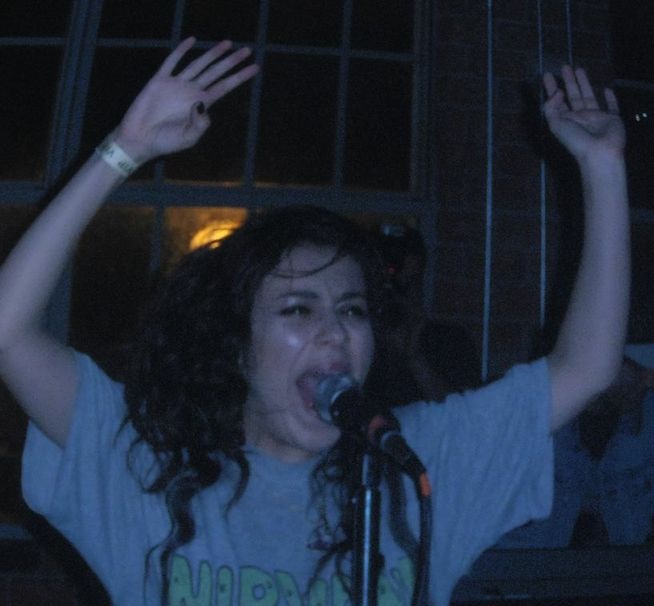 It wasn’t until sometime after 1:15 A.M. that the backing band and their crew began to make preparations for their performance, and one could sense that the anticipation, perhaps even frustration had begun to mount, as the crowd became increasingly restless in their activities. There was some shuffling in and out of the building, and by the time Aitchison took to the stage about 1:30 A.M., giddy either with anxiety or the effects of pregaming, the notion that she would have some difficulty motivating an already languid crowd suddenly didn’t seem all too far-fetched. 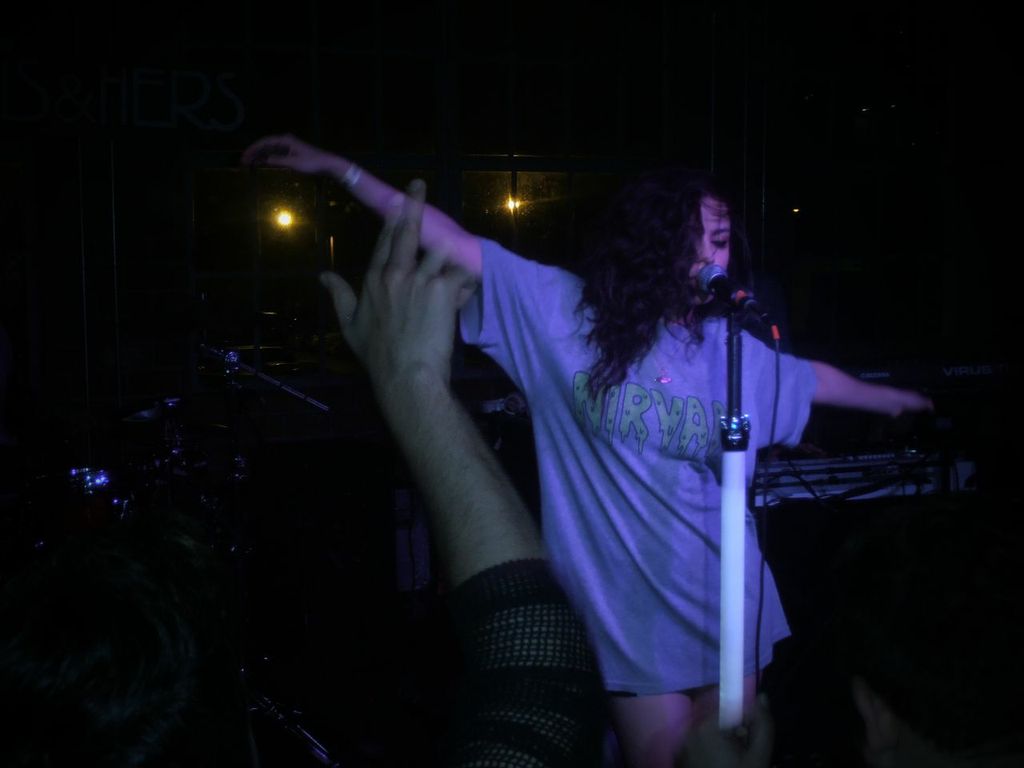 Introducing herself as Charli XCX, Aitchison radiated a grungy aura of spunk, offset by timidity that made her quite the charming stage presence, taken apart from her obvious good looks. Clothed in an oversized grey Nirvana tee, wearing some truly massive platform heels, her distinctive shaggy black mane flew back and forth during her vocal numbers, often covering face entirely as she clutched her lighted microphone stand. Eventually, large inflatable beach balls, or something or the sort, began to fly around the room, sometimes making their way toward the stage while the band was performing. The audience was suddenly reinvigorated. Charli ran through the bulk of her debut album, the critically-acclaimed True Romance, during her roughly hour-long set. She even covered the Backstreet Boy’s “I Want it That Way (the low point of the set),’ as well as throwing in her own rendition of ‘I Love It.’ 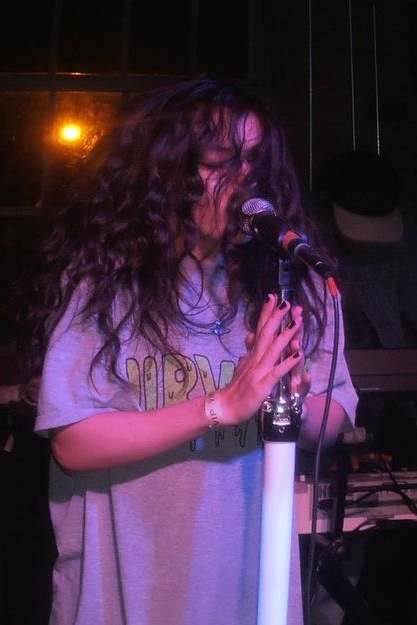 Aitchison’s vocals do benefit from a fair amount of manipulation on her studio recordings, but no less, when backed by a full band, she does sound very much like Gwen Stefani. She even channels the same sort of playful feminine rebelliousness that made Stefani’s songs with No Doubt resounding successes. She has the right combination of talent and looks to garner some success either as a songwriter or a performer; only time will tell which capacity it may be.

“I Want It That Way” (Backstreet Boys cover)

6 Responses to “Review: Charli XCX at The Garret at Grand Central 6/8”

I’ve been an avid reader of SFMO for a while now… Leave it to some inbred mouth breather to leave a comment like that!

Seriously George, have you ever even touched a girl? You redneck, small-penis, basement dweller?

Who cares if he’s gay?

“The room glistened with shadows and shimmers that danced ubiquitously through the expanse of the space, taking on a life of their own that seemed to be a direct contrast to the rather unenthused mass of eccentrically-dressed twentysomethings that populated the dance floor.” Very gay, very run-on. When you try so hard, it usually backfires. You’re in my world now Jose.

Woe to whoever gets stuck in that world or boring language, tactless uninspired comments, and what I perceive to be a lot of free time.