Review: AmericanaramA Festival of Music with Bob Dylan & his Band, Bob Weir, My Morning Jacket and Wilco at Cruzan Amphitheatre 6/26 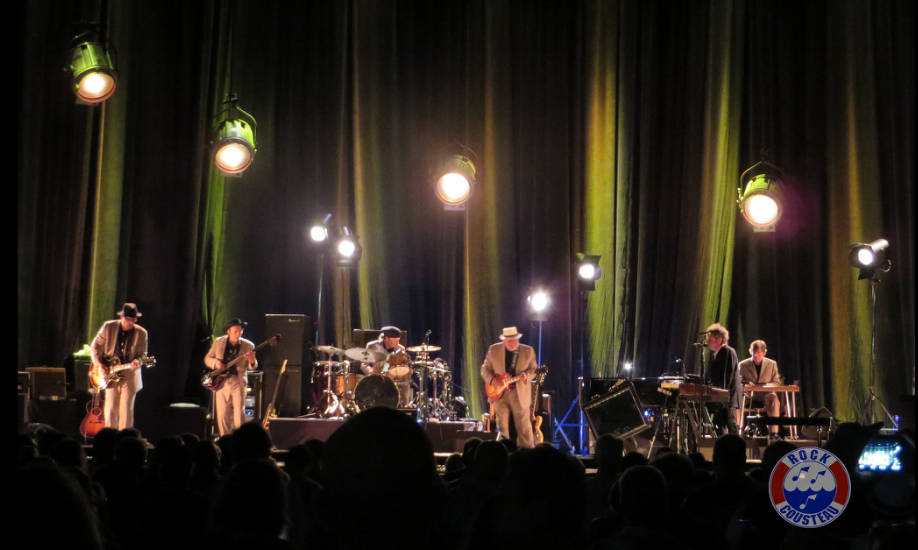 On Wednesday night, I saw Bob Dylan perform live. That’s a sentence I kind of never thought I’d be able to say, or, type, so I am extremely appreciative. The show took place at Cruzan Amphitheater, where it was hot as hell and smelled of sweat. Before Dylan took to the stage, Bob Weir, My Morning Jacket, and Wilco would perform, thus making the show start at 5:30pm. So, I was standing for about six hours- fun! Obviously this was quite the monster of a show, so we decided to tackle it in the form of a list. Here’s a breakdown of the night:

Number of times I saw a security guard tell someone to stop taking phone pictures: At least like, 27.

Number of times this one really tyrannical security guard actually yelled in someone’s face over the phone issue: 3. 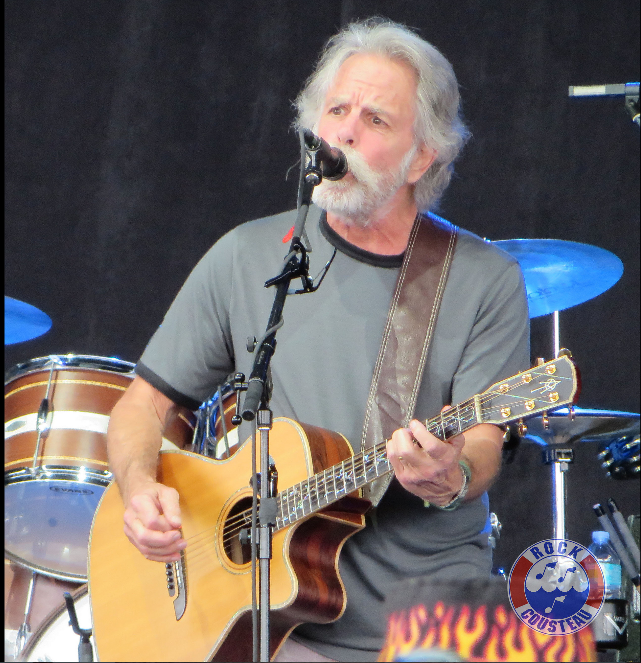 Most sung-along set: Surprisingly, Bob Weir. Those oldies sang their damn hearts out.

Longest version of “Dear Prudence”: Bob Weir cover. So many false endings. (Also, rather than “the sun is up”, he sang, “the sun is high”, which was appropriate I guess.)

Amount of tie-dye worn: My eyes may never recover from the sea of swirling colors. 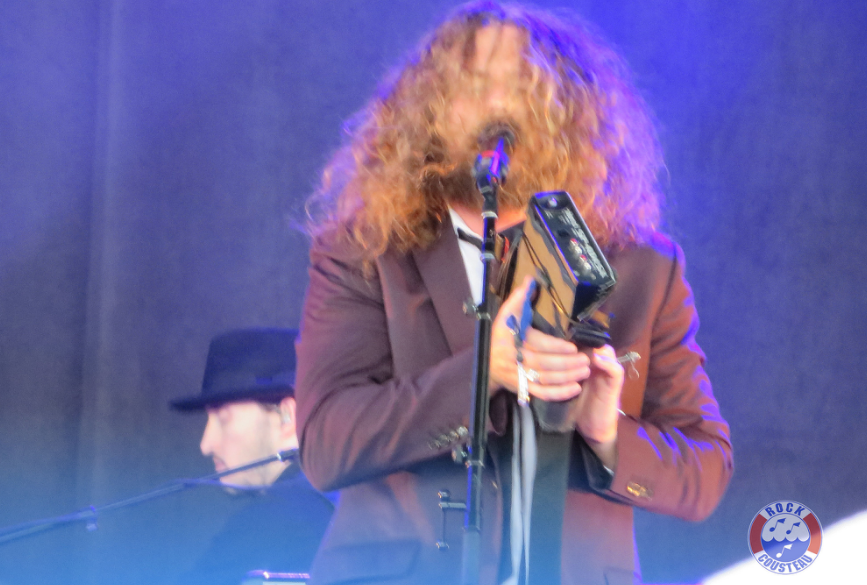 Most stylish band: A tie between My Morning Jacket’s classy suited up look, and Bob Dylan’s own embroidered two piece.

Best hair: Jim James of My Morning Jacket. He had quite the mane.

Best onstage collaboration: Well, it was the only collaboration, but Wilco bringing Bob Weir into their set to perform a lovely rendition of the former Grateful Dead’s classic song “Ripple” was a noteworthy moment.

Food that I ate while watching Wilco’s set, which I felt really bad and ass hole-y while doing: French Fries and “Chicken Tenders” (yes, I feel the quotations are necessary) 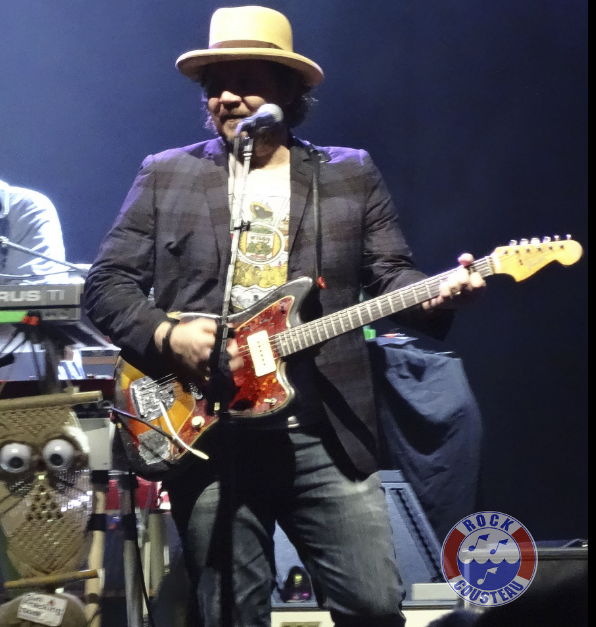 Food offered to Jeff Tweedy (Wilco) which he politely declined: French Fries. (for the record, I wasn’t the one who offered them to him, t’was the drunk man beside me, I swear!)

My favorite Bob Weir moment: Honestly, seeing all those dirty hippies wildly dance with their arms in the air and shouting along to nearly every song.

Amount of times I tried to see if Bob Weir was barefoot: 4. He was practically wearing pajamas, but I couldn’t see his feet from my vantage point!

My favorite My Morning Jacket moment: When they played “Victory Dance”. The bass driven track took on a whole new momentum and power onstage, and was the most unique of their show, it’s heaviness was totally bad ass and served for some hearty head-banging action.

My favorite Wilco moment: Besides the cover of “Ripple” and rejection of my leftover fries, which were obviously A+ moments, “Art of Almost” and a personal favorite of mine, “Via Chicago” was beautifully performed. They also had some pretty great guitar jams that almost turned into guitarbattles, with Nels Cline always shredding away.

Favorite thing shouted at Jeff Tweedy:  “WHAT SIZE JEANS DO YOU WEAR JEFF?”  Which I don’t really understand- am I missing out on some Wilco inside joke? Or was that guy just weirdly invasive? 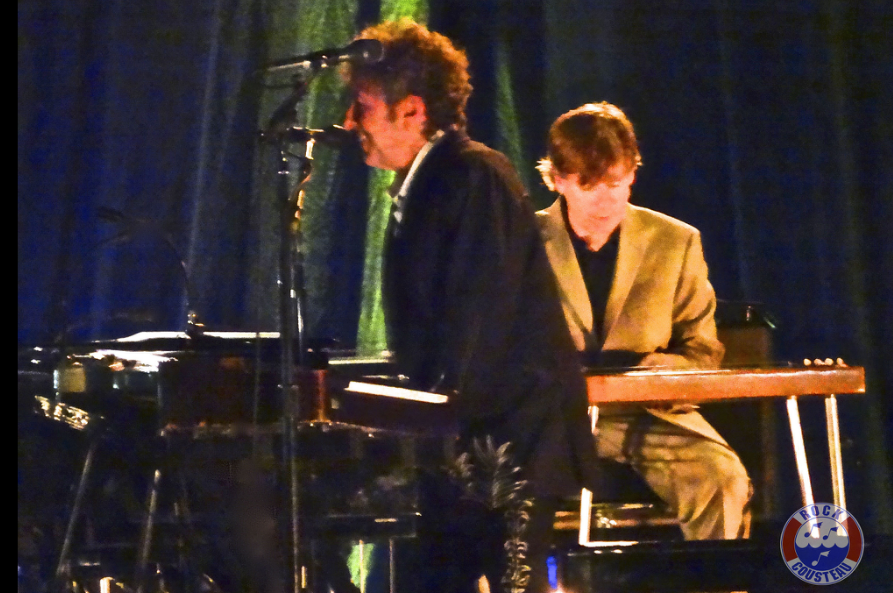 My favorite Bob Dylan moment: Every time he’d put a hand on his hip and bend his knees wide while tapping his foot, with a stern look on his face- he looked so sassy up there, like he was trying to teach us all a lesson.

General things about his set that would’ve monumentally pissed me off had it been anyone besides Bob Dylan: He did not interact with the audience even once. No “hello”, or “thank you” or anything. But I mean…it’s Bob Dylan so who really cares. If I were Bob Dylan I probably wouldn’t care to greet the greasy, sweat covered West Palm crowd- we probably all looked disgusting at that point. Besides that, his set didn’t contain many classics, rather it stayed primarily within the 2000’s era of his vast catalogue, which wasn’t too surprising.

Bob Dylan songs that I tried to sing along to but in the end failed because Bob Dylan decided to sing them completely different: Two of the only oldies, but also two of my favorites, “Tangled Up in Blue” and “All Along the Watchtower”. When I heard those opening chords, I was stoked- that was my chance to shine. That was my chance to sing as one with THE Bob Dylan, a musician I and many others have endlessly admired. But no. The pace in which the songs were sung made them sound like completely different tracks, the rhythm and accents all over the place, I couldn’t keep up with his spontaneous changes! Ugh, Bob Dylan. Couldn’t give me those two songs, could you? But whatever, he’s a legend so he does whatever the fuck he wants, as he should.

The sassiest stage exit I’ve ever seen: After encoring (still no comment to the crowd) with “Thunder on the Mountain” and “Ballad of a Thin Man”, Dylan and his band lined up horizontally on the stage and gazed out at the crowd. This pause took some time, and I was waiting for a curt little bow, or wave or SOMETHING, but instead he just looked out, and abruptly walked off the stage. It was kind of hilarious and awesome. That’s 72 year old Bob Dylan for you. He cares not for any other cheers and whoops. (Just kidding, he probably appreciates it! Right?)

“Thunder on the Mountain
“Ballad of a Thin Man

9 Responses to “Review: AmericanaramA Festival of Music with Bob Dylan & his Band, Bob Weir, My Morning Jacket and Wilco at Cruzan Amphitheatre 6/26”

Charming and witty. Though sweaty as well.

Merci Much obliged for moving me to go do my own my own analysis.
Yours was way more detailed than mine.

Can’t wait to see this show!!! What time did each act come out? Impressed with Bob length of set list

who is the dingus during “ripple” who asked if it was a Wilco song? #KnowYourRole

I saw Americanarama in Toronto. Wilco was the highlight. Sounds like your experience of Bob was very similar to mine! . Here’s a review: http://twopalswiththoughts.wordpress.com/2013/07/19/lessons-learned-at-americanarama/

I can’t wait to see this show tonight, your review was hilarious.

haha, I had just bought new jeans prior to the show and wasn’t sure I had bought the right size. I was mostly asking ’cause I had jean sizes on the mind…no inside joke.

i think Ryan Bingham is playing with them instead of Bob Weir here in SoCal, would that necessarily mean less tie-dye? Thank you for the review, very much enjoyed it!

Leave a Reply to Kristen