Review: Youth Lagoon with Majical Cloudz at The Social 4/30 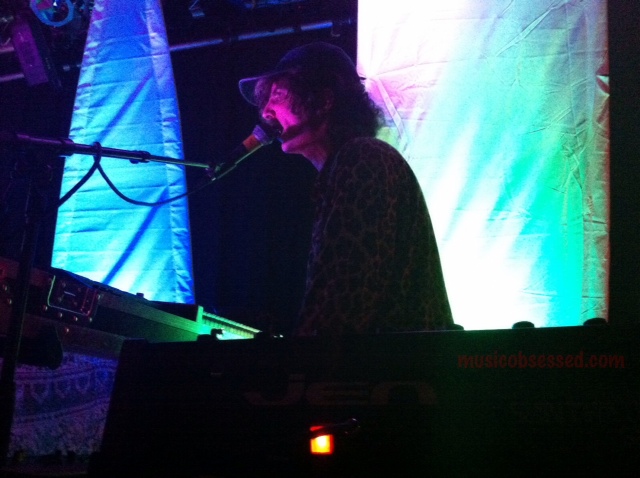 Taking the drive up to Orlando to see Youth Lagoon was a choice met with very minimal conflict or doubt. This was something that just needed to be done. I was a die hard fan of the debut album, The Year in Hibernation, and had missed his 2011 date in Orlando- there was no way I would pass up this opportunity. I loved Youth Lagoon like the music was a person I’d met long ago, a friend that I held dear to my heart. And I know it sounds cheesy but come on- we all have bands like that. I needed the night to be magical and perfect, I feared a disappointing show would destroy the perfect bond I had to those songs. But thankfully for me (and everyone else at the show) that connection was only made stronger, and the show proved to be everything I’d wanted it to be- and then some.

Flooding into The Social, a cozy and suitable venue, the stage was lit in multi color. Little by little more people- young girls in denim, stylishly indie quiet guys, and the occasional older folk (who were pretty hip considering their attendance)- crowded the stage until the space was packed. First up was a duo, Majical Cloudz. I had heard a couple tracks from this band, liked them, but didn’t think so much of it. I was in no way prepared for the powerful and magnificent show they would put on. Frontman, Devon Welsh, who’s look was reminiscent to the Fugazi front man, Ian Mackaye, was a striking image on stage. His look was intense, shaved head with white t-shirt and black pants, holding the mic in one hand and clutching it’s cord in the other. His presence was that of an 80’s punk, and even the way he moved on stage reminded me of the dark and  entrancing motions of Iceage’s Elias Ronnenfelt- he mimicked that fierce gaze. But the noise that came from his mouth was literally something of the heavens. 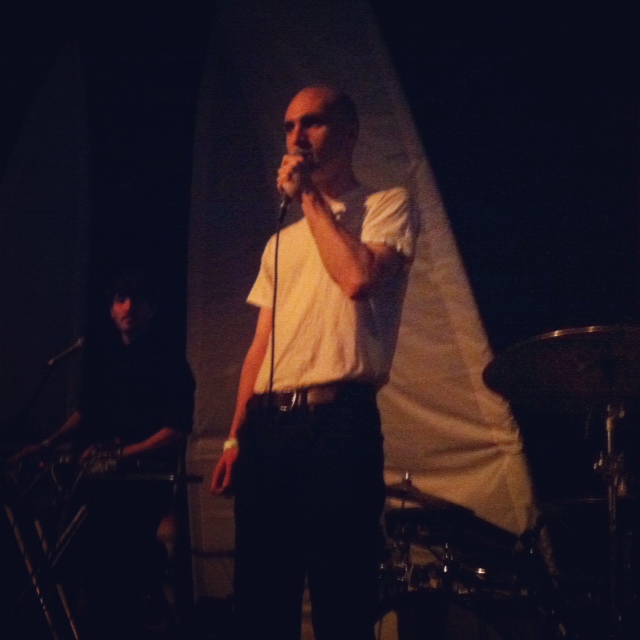 His all black clad counterpart was Matthew Otto, who swiveled and swayed mirroring his own twisting of knobs and tapping of keys that lay propped up by an ironing board. The actual music was minimalistic, presenting a mood and adding a hypnotic backdrop to Devon’s excruciatingly beautiful vocals. His words cut deep, each one sung with an enchanting poignancy, while soaring unbroken over a bed of reverberation. Maybe it was because I hugged the amp at the edge of the stage, but I swear you could feel the swelling sound of his voice that was so surprisingly pristine it transported you. I’m not usually one to dance all hippie-like with my eyes closed, but letting that music take over, I found myself fighting to keep them open as I drifted to another world with the sounds. I wanted to slap them for having such a silly name. This band was amazing, I promise, and everyone should take them VERY seriously.

If we wanted to be brought back to Earth, than Youth Lagoon would’ve failed miserably. But no one did, obviously. This show was an escape, in all senses of the word. With a full backing band, we were easily invited into the head space of Trevor Powers (Youth Lagoon), and let me tell you, it is a marvelous place. With the almost circus-like themes prevalent in his latest release, Wondrous Bughouse, the music moved in varying paces. Sometimes slow, and soothing, others quick and bouncing. You could see the sounds as they swirled around our heads, the colors reflecting a childlike glow. Trevor seemed to be in his own world too, which made falling into his words an easy and effortless thing. I was enamored by it all, his voice seeming to have a new and confident passion to it, calling on past memories and introspections to have us revel in their authenticity.

Though I would’ve loved to see more of a physical response from the crowd throughout, I couldn’t peel my eyes from the stage anyways. The sounds were so fulfilling and realized, the performance honestly couldn’t have been more perfect. It let us melt into the songs, making it a completely immersive experience- which I loved (shocker, right?).  Though the setlist was kept on the more recent side, he did dip into some of my favorite tunes from the debut, including the ever personal “Posters” (“This one is about when imagining goes too far”) “17”, and “July”. Towards the end, songs were dragged into a sort of heavy jam session, with steady buildups and climaxes, which during the last song resulted in an impromptu mosh pit- which was really fucking cool. My friend and loyal plus one lost a shoe. It was extremely punk. All in all, the Youth Lagoon show- including Majical Cloudz- was all I’d dreamed of and more. Maybe next go round I can experience it in my hometown, but for that, only time will tell.

One Response to “Review: Youth Lagoon with Majical Cloudz at The Social 4/30”

[...] you may recognize the name from their airplay on various SiriusXM stations, or from reading my raving words on them when they opened for Youth Lagoon in Orlando last month. Of course, this time around they [...]