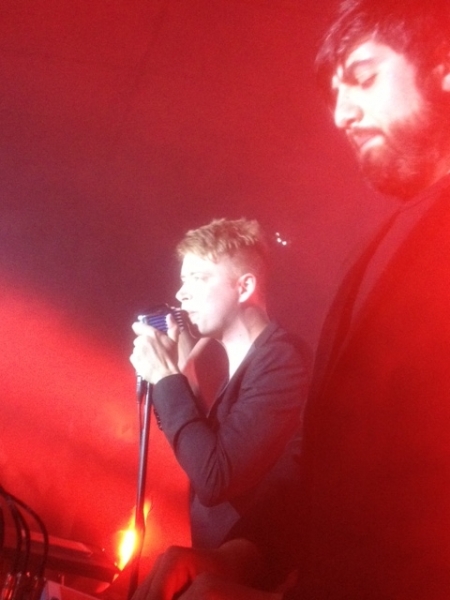 Where dance music has undergone the sort of sonic shift over the course of the past several years that engenders the sort of predictable conventionality that comes with the popularization of any genre in such a short span of time, there have been a number of acts that have retained their own sense of identity, even in the face of changing preferences. German electronic duo, Digitalism, has abided by their heavily synth-laden sound; one that vacillates gracefully between symphonic grandeur and mellowed danceability. They cannot help the efforts of the media to categorize them in the same vein as some of their contemporaries (namely French duo, Justice), who have likewise sought to meld the distorted aggression of rock guitar riffs with the synthesized electronic sounds of dance music. It is Jens “Jence” Moelle and İsmail “Isi” Tüfekçi’s adherence to this compelling fusion of genres that has been able to endear them to their loyal following, whilst yielding two albums of compelling dance music and even their own compilation on the storied DJ Kicks franchise.

This past Saturday marked the duo’s return to Miami, having last played a DJ set at  Grand Central, nearly a year ago. Wynwood’s Bardot immediately bounded with promise for their transition to the live format, as a large crowd poured into the relatively small and intimate confines of the dark, smoke-burnished speakeasy to catch a glimpse of the duo, who took to the stage slightly after 12:30 A.M., looking immaculately manicured, wearing black suits. The crowd, discernibly young, hip and in varying states of inebriation immediately took to dance as Tüfekçi manipulated his sampler, while Moelle controlled elements of the music independently from his laptop, occasionally retreating to the microphone adorning the middle of the carpet to belt out his half-sung, half-mumbled vocals, which complemented the billowing synths and towering guitar riffs with surprising ease. Moelle said very little while on the mic, yet as a duo, Digitalism’s proclivity for engaging the audience and inspiring them to dance has become so engrained in their live act that they need to do no more than raise their hands and smirk onward with mischievous glee as the crowd echoed their movements and jumped up and down in energetic motion. While the set time was a slightly over an hour, they managed not only to encapsulate most of the gems from their catalogue into it, (“Circles,” “Miami Showdown,”  ”Stratosphere,” and “Blitz all made the cut) but simultaneously delivered a performance that was an affirmation of the notion that there can be a live component to electronic music, and it can be in every way as engaging as it is in any other format.