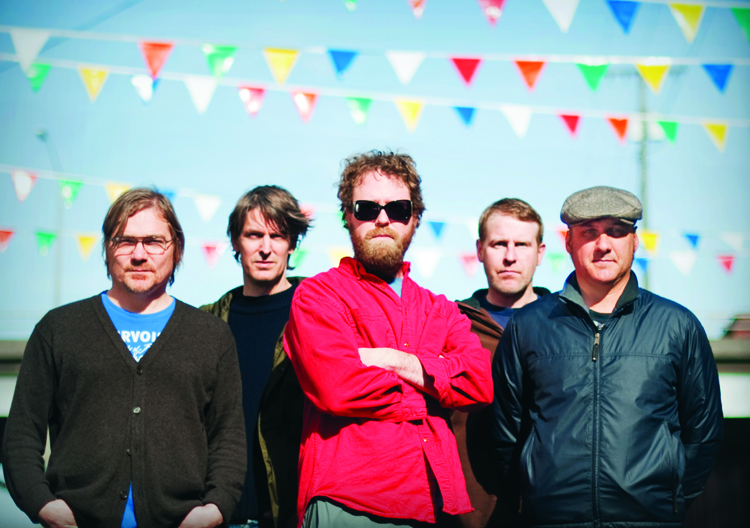 Oh, Pavement. Ooof. I love this band. A lot. Pavement is definitely one of my all time favorite bands, and if you don’t think Stephen Malkmus and his whole discography hasn’t pretty much sculpted the sounds of some of your favorite bands, you’re probably wrong. The 90’s are abundant in influential bands, from Sonic Youth to Daniel Johnston and Nirvana, and yet, Pavement seemed to have done just as much, if not more, while cooly staying in the underground, just barely touching the mainstream with their hit “Cut Your Hair”. The song I chose to highlight today is, in my opinion, their best song ever. “Grounded” to me is the pinnacle of their careers, a culmination of sorts- an epic in songwriting. From the twangy and emotive intro guitar, to Malkmus’ strained and desperate vocals, to the crisp and beautifully constructed narrative. I am, of course, an album listener. I value the whole package far more than just individual songs, but I’ll admit when I finally bought the vinyl (Thanks Radioactive Records) of “Wowee Zowee”, I immediately played this track- on full volume. The way it swoops in, seemingly grabbing you with firm and fervent hands, forcing you into the story of a privileged doctor, adorned with riches, aimlessly living while death plagues the streets. Everything about the song works together to create this sound- a cry for help. To play this song on the highest of volumes is to have every element of it seep into your skin, finding it’s way into your veins. I get goose bumps every time.

Don’t you just love how Stephen sings the line, “I know the medical world could KNOCK YOU OUT!”?  Gets me every time.

And the bedside morale.

We traipse around the table, talking sentences

Boys are dying on these streets”