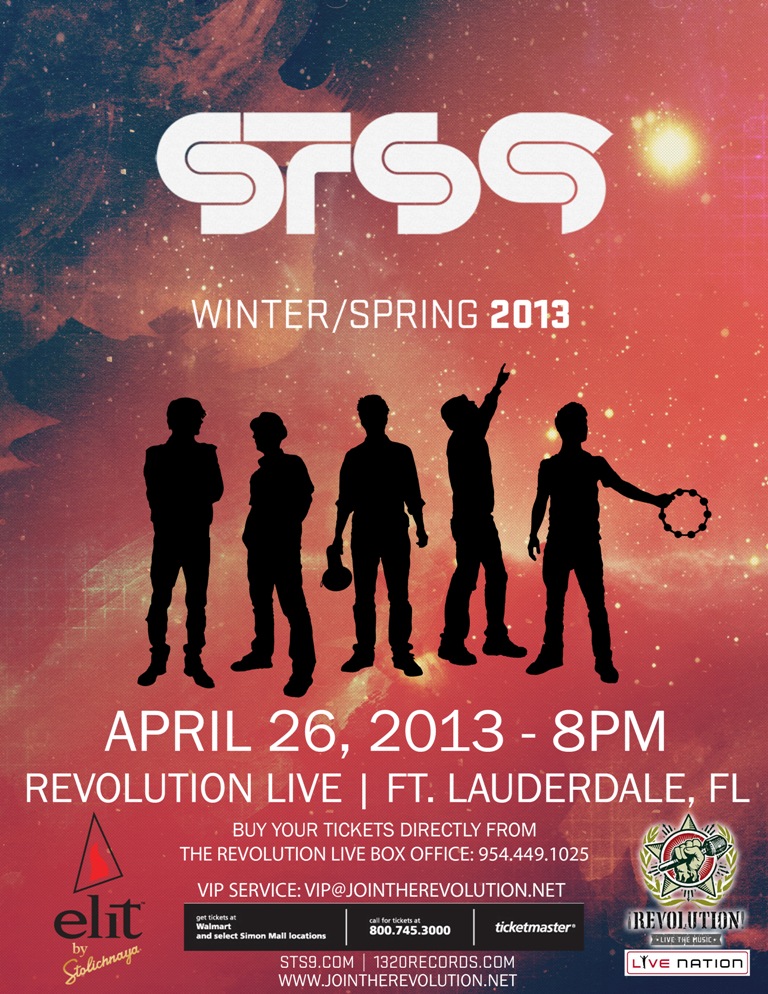 Formed in Atlanta over a decade ago, instrumental electronic rock band SOUND TRIBE SECTOR 9 (STS9) has risen to the forefront of the international music scene. Consistently ranked among Pollstar magazine’s list of top-grossing touring acts, STS9 boasts a genre-defying list of opening acts along the way including Snoop Dogg, Ghostland Observatory, Bassnectar, Thievery Corporation, Pretty Lights, Big Boi of Outkast and countless others. The now Santa Cruz-based quintet has sold out the legendary Red Rocks Amphitheatre in Colorado; performed at Ultra Music Festival, Bonnaroo, Lollapalooza, Outside Lands, Coachella and Electric Daisy Carnival among many other top festivals; sold out shows across the country as an acoustic set-up in opera houses or as an electronic act in amphitheatres; performed with Jay-Z in arenas; and have raised significant amounts of money towards activism efforts (including $150,000 to the Make It Right Foundation, paving the way to rebuild a house in the Lower 9th Ward of New Orleans). STS9 also run their own record label, 1320 Records, whose goal is to bring the music to the people in the most conscious, unique, innovative and savvy ways possible to lessen the distance between artists and fans.

2. Copy & paste this on your wall ( You will not be entered unless you tag our Facebook or Twitter page)

3. The winner will be chosen on Wednesday , April 24th at noon.

Yeaaa…. havent seen you guys in years. I posted. Would loveeee to win some tix!!! If not i will be there anyhow. Have to support ya’ll coming all the way down america’s extra miles to South Florida for a show. NOT all bands will!

Dude, right on there brrheto.

Leave a Reply to Brett Waldman