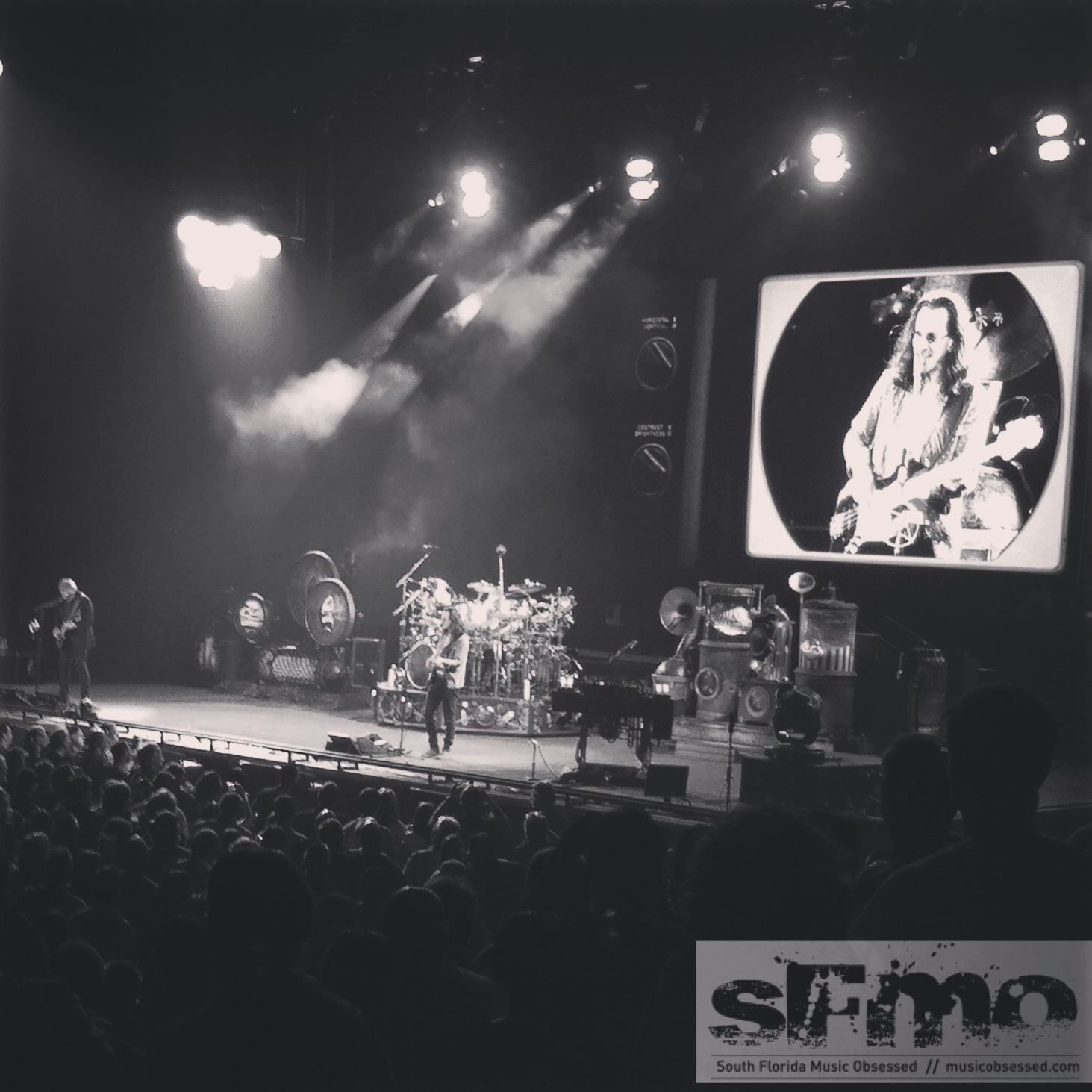 There is something desperately wrong with this generation of music. Amongst other obvious detractors, like a superfluous amount of indistinguishable indie bands with no real direction, there is a hole in the stitching of today’s musical blanket. There is no band like Rush. There is no straight up nerdy rock and roll, no grandiose and orchestral rock anthems. I mean, where’s the musical cajones now a days?! Don’t get me wrong, there are tons of bands that I adore right now, and I’m pretty much the biggest fan girl for them. So I’m definitely no hater. But when you see a band like Rush, who are 59/60 years old and can still jam out the most complex of songs and fill an arena with their enormous sound, you’ve got to wonder- will any band ever live up to the talents of Geddy Lee, Alex Lifeson, and Neil FUCKING Peart??

The mastery of each of their instruments is what drives a Rush show. Seeing Geddy Lee nonchalantly slap da bass, Alex Lifeson pretty much define what it is to SHRED on guitar, and Neil Peart crush the dreams of young drummers everywhere with his face melting drum solos makes going to a Rush show simultaneously amazing and depressing. I mean, why aren’t I that talented?! If you ask me, up and coming bands have some nerve to try and make music while Rush are still gracing arenas with their presence across the globe.

Throughout the night they played, as Geddy stated, some “oldies and newbies” for the packed BB&T Center. The “newbies” came mostly from their 2012 full length, Clockwork Angels. Admittedly, the vast majority- myself included -weren’t too knowledgeable of those tracks, though they were great in all their prog rock wonder. Rush played a pretty large chunk of that album, and though they weren’t extremely recent, in seemed like the “newbies” overshadowed the “oldies”. But we’re also talking about a band with 20 studio albums.

I think what set up some false expectations was their choice to kick off the show with the 1982 classic, “Subdivisions”. This would be considered an oldie, which I think put us all in the mood to hear some of our favorite jams that got us into Rush in the first place. But instead of ringing out hit after hit, some of the more unknown tracks made their way to the stage. Some, like the ecstatic couple at the front of the stage, knew pretty much all of the words to all of the songs. Those two were obviously some intense fans, and you could see Geddy and Alex gravitate towards them at the edge of the stage, which made the two probably piss their pants. It’s okay guys, I totally understand, no need to be ashamed.

Though I do believe some of the best Rush songs, like “Limelite” and “Fly By Night” shouldn’t have been left out in the cold like they were Friday night, who the hell am I to tell Rush what to do? They’re Rush and they’re bound to put on a fantastic show either way, which they did.