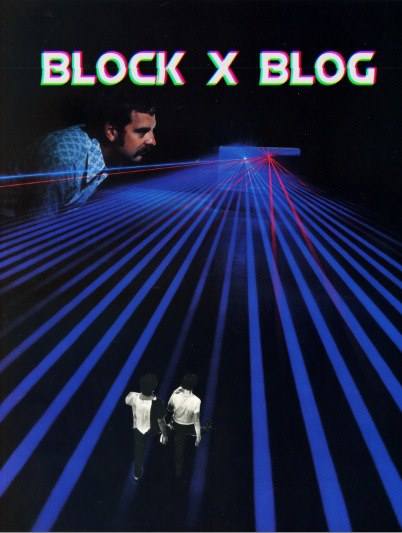 Dudes. We are almost there. Only TWO more days left till the Block x Blog festivities! Purchase tickets

KILLMAMA are some of the resident bad asses of Subculture’s Block x Blog lineup, and of the Fort Lauderdale area in general. Another duo, Sophie Sputnik and Rob Kingsley give five pieced bands a run for their money with their wild, unhinged and bluesy sound. Think the sultry ferocity of Alison Mosshart in The Dead Weather meets the two piece power of The Black Keys, with a dash of The Ettes for good measure. They recently premiered a beautifully shot new video for their track “Lost It”, which contrasts greatly with their gritty, sweat stained sound. Make sure to check them out if you like truly untamed energy and killer vocals. But who doesn’t?

On quiet the opposite end of the spectrum, I present to you, Boxwood. Jose Ferrer (aka Boxwood) crafts colorfully layered noises around each other, creating a whole new world of sound. With the help of looping pedals, his guitar, and vocals, when those hypnotic sounds meet your ears, they spin and swirl aimlessly, making the music a very immersing sort of experience. If you’re a fan of Animal Collective, Dan Deacon, or Zammuto, then Boxwood is definitely for you. His often trippy songs have infiltrated the Miami music scene, getting him a spot on CBS’s Best Local Songwriters list of 2012. Speaking of trippy, Boxwood also has a new psychedelic/diy video out, check it here for a taste of sounds you’ll be hearing on stage!

One of the tags on Rebel’s bandcamp is “arena band”, which I think pretty much sums it all up. Rebel knows who they are, and they fucking dig it. They have a confidence in alt songwriting that definitely could’ve grown as a result of the time they’ve spent as a band- starting up in 2007, Rebel have garnered a hold on their sound that has given them a self assurance that sets them apart from other South Florida acts. Be sure not to miss this one, their stadium sound will definitely satisfy.

No strangers to Green Room or to partying in general, The Goddamn Hustle seem to really know put on a show. I mean, did you see those pictures that Ian Witlen took at Night of the Living Keg last week?! If that’s at all a taste of what they’ll be serving up for us at Block x Blog, I shouldn’t even have to tell you why you should see them. But I will. The Goddamn Hustle makes a seductive blend of bluesy indie, with jangling rock intuitions. They’re a band that pretty much anyone can like, especially if you like seeing bands put on a show. You do? Yeah, that’s what I thought.