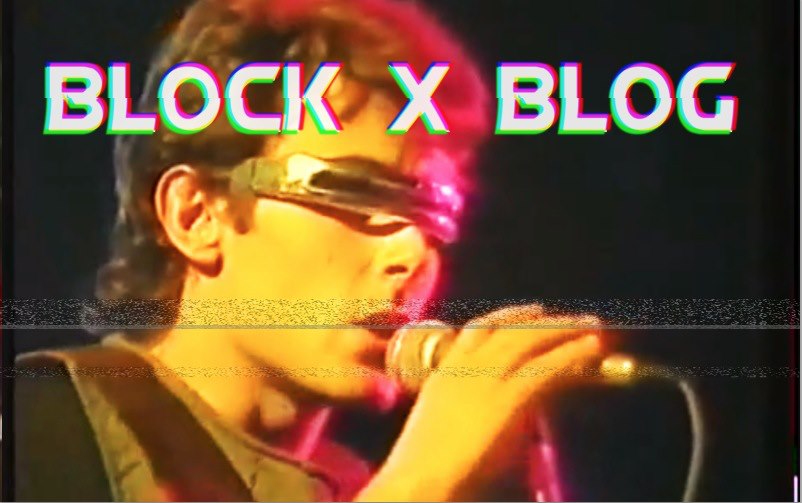 If you’re a fan of LCD Soundsystem, or DFA bands in general (we know we are) (very much so), then you may have heard of the throwback and dancey synthpop duo- turned-full-band known as Holy Ghost!. Listening to Holy Ghost! is like being transported to a full fledged 80’s dance party- think rave-y flashing lights, non stop moving, very New Order. Nick Millhiser and Alex Frankel, the original Holy Ghost!‘s, are some of the best at nailing the alt dance genre in the modern age. After many hit singles and numerous remixes of your favorite bands, in 2011 they came out with their first self-titled debut- and we’re still grooving to it in 2013. Block x Blog is lucky to have the New York band of such high acclaim, so be sure not to miss this chance to boogie the night away!

In a close vein, I present you with Krisp. This band takes a similar interest in alt dance sensibilities, but with a strong dash of a Miami 80’s disco groove, saturated in beach sunsets and tight flare paints. At the same time though, they don’t really stick to one style, making them ambiguous enough for music fans of almost all sides of the spectrum to bask in their purple glow. Don’t ask me why it’s purple- I just know it definitely is. Back in January, Krisp put out a new EP on the Sweat Records label, Sutro. You can now listen to that EP, entitled Mamani Vice on Spotify too! But to get a lil taste of what to expect on stage, you can check out their awesome studio performance for Wynwood Sessions, here.

No strangers to Subculture, Suede Dudes are a sonic hailstorm. Along with Lil Daggers, they produce some of the most delightfully slow moving yet tumultuous sounds, like grey clouds rolling in, they are dripping with the sweetest gloom. I can personally assure you that their sound will swallow you whole, seeing them live creates a whole other creature of noise- one buzzing and breathing with melancholic color. On Record Store Day, not only will they be bringing their music on stage, but they’ll also have new tapes for sale!

Wow, I’m realizing now how many two piece bands there are on this lineup! Obviously not a bad thing, Deaf Poets joins our ever growing list of power couples with a slick sound of hurried blues aesthetics. You might remember when they answered some questions for us back in June, which was around the time of their “This Pain” release, a popular 7’ distributed by Sutro. They’ve played all around town, including last year’s Audio Junkie Independence Day Bash at O Cinema, which was definitely one of our favorite events of 2012. Deaf Poets always get the crowd growing with their White Stripes meets My Morning Jacket kind of sets, and this weekend surely wont be an exception.

Today, while I was at work, my sister stole my apple ipad and tested to see if it can survive a 30 foot drop, just so she can be a youtube sensation. My apple ipad is now destroyed and she has 83 views. I know this is entirely off topic but I had to share it with someone! egecfkfdadcd