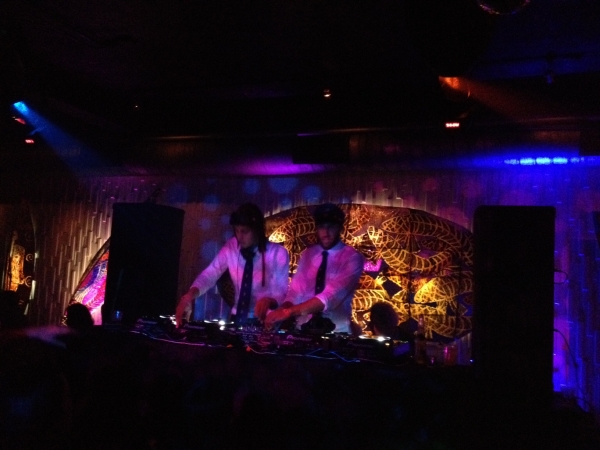 Friday night of WMC brought me the event that I had been waiting for all week: FIXED.  As a Brooklyn transplant, I know the FIXED parties to always be amazing, having spent pretty much every week of 2012 going to these parties around NYC.  The FIXED promoters know how to choose a flawless lineup and throw events without a hitch, and this weekend in Miami was no exception.  This year’s FIXED Miami featured Aussie extraordinaires, Flight Facilities, UK’s Tensnake, Bicep, and Maxxi Soundsystem, and our very own LA based duo, Poolside (DJ set).

I cannot praise The Vagabond enough for its functional design and booming sound system.  The Vagabond contains three different areas: a front bar room, a back main room, and an outdoor area that is decorated with palm trees, fire pits, and plenty of seating for all who need a little fresh air.  This venue was perfect for the FIXED event (or any event featuring multiple acts)… each doorway was a wormhole into another universe; one room having this DJ, the other room having that, and then running into your friends outside by the fire pit!  The possibilities seem endless in this domino effect of design.

The first act I caught was Flight Facilities, just after midnight.  These guys are an extremely lovable pair in the way they work the decks together.  They are always smiling and interacting with each other, plus their costumes are adorable – white button down shirts, black ties, and their old skool flight caps straight out of the Kitty Hawk days.  Their set included an awesome version of the Gorillaz’ song “Empire Ants”, house music with dark male vocals reminiscent of Frankie Knuckles, and the popular spaced out disco jam by Donna Summer, “I Feel Love”.  The most exciting highlight of their set was when they played their original song “Crave You” featuring Jess Higgs on vocals, live and in the flesh!  A stunning performance with unbroken pitch, Jess delivered the talent we all wanted to see with grace and integrity.

Next up was Tensnake, and I was so grateful for the opportunity to see him again because of the spacial arrangement snafu at Bardot earlier this week (see review here).  This time there was no disconnect between DJ and audience, and he was spot on his entire set, knowing exactly what to play and when.  A special song for me was when he played Aloe Blacc’s “I Need a Dollar”, bringing me back to my time in London and Ireland when this song was just hitting its stride.  He threw out his own track called “Around the House” with an electrifying bass that had everyone down to the floor.  His set also gave us a multi-layered mix of Him Self Her’s “Gone Too Long” which took us out into deep space.  Let’s not forget about all the hard hitting four to the floor beats and layered tracks of bass, bongos, and cymbals, rounding out his set with variety.  In closing, echoing his set at Bardot on Wednesday night, he closed with the Gigamesh remix of Radiohead’s “Everything In It’s Right Place”.

It was my first time seeing Maxxi Soundsystem, and his set was totally demented.  I look forward to digging into his material, and wait with bated breath until the next time I may see him perform.  At times his set gave us smooth grooves with an orchestral sounding bass, and other times it sounded like the melodic take off of an ATB song.  My favorite part was when he tossed out the new Breach track “Jack”, which I heard earlier this week during TEED’s set at Bardot (you can read about that here).  It is very telling that there is not much more I can say about this set because I was so enraptured with dancing; I didn’t take any notes!

The outdoor area had a perfect sound accompaniment with the DJ styles of Poolside.  Their booth was located just under some palm trees with Christmas lights, lending an ultimate “poolside” vibe to their shtick.  Their set was ridden with smooth grooves and easy listening, which could not have set the soundscape better for the vibe outside.  4:30am gave us their own very special version of Neil Young’s “Harvest Moon” which is a magical rendition of a legend’s classic. 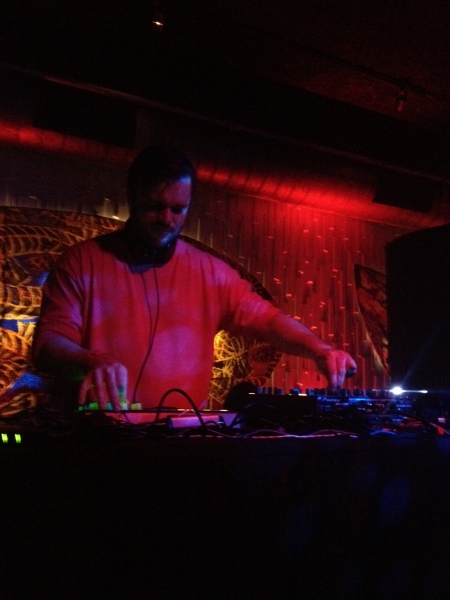 Last, but certainly not least, I was introduced to Bicep, who closed out the night in the main room.  This Bicep set was the icing on the cake for an utterly perfect night on all counts, including lots of disco, funk, and that early 90s dance music we all love so much.  There were moments of insulting bass, and moments of hands in the air glee, giving us all a great send off for the evening.

I have to give it up once again to FIXED and to The Vagabond for teaming up in producing such a stellar event.  It was such a positive night, with everyone’s auras buzzing and glowing.  I met so many amazing and humble people this night, which can be a rare occurrence in Miami, and I look forward to the next FIXED Miami… only a year away!  Thanks for bringing the good vibes, good music, and good people together!