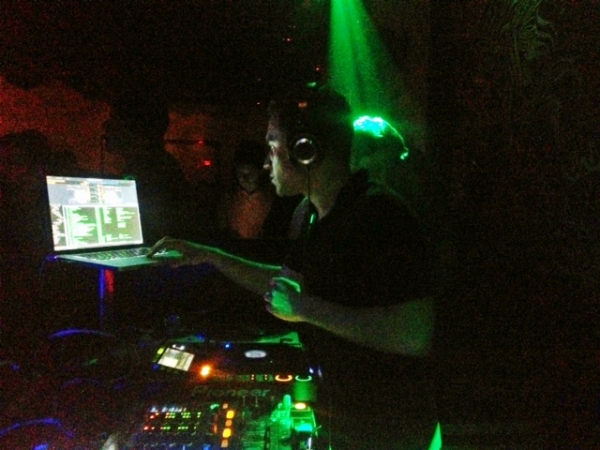 With all of the amazing events happening all over Miami right now, there was no doubt in my mind that I was at one of the better ones on Sunday night. Nurvous Records brought us a great showcase of Miami’s Pirate Stereo, NYC’s Will Buck, and UK’s Totally Enormous Extinct Dinosaurs. There was an unfortunate cancellation of contributor XXYYXX, although I selfishly didn’t mind, as the extra time afforded me the opportunity to get better acquainted with Pirate Stereo and Will Buck’s deck style.

The first song I caught from Pirate Stereo (aka Eyal Agai) was Paul Simon’s You Can Call Me Al (Flight Facilities remix), which has been spreading like wildfire through the SoundCloud community lately. Eyal and Will Buck did interchanging sets, playing about 15-20 minutes each and then switching. This was a really stellar was to keep things spicy, as the two had similar styles and were able to blend their sets with precision and equality. This portion of the evening was riddled with bass heavy spaced out jams, and a lot of 90s-dance influenced music. At one point Eyal threw out a song that was reminiscent of Crystal Waters’ “100% Pure Love,” which brought me back to radio days dancing in my bedroom 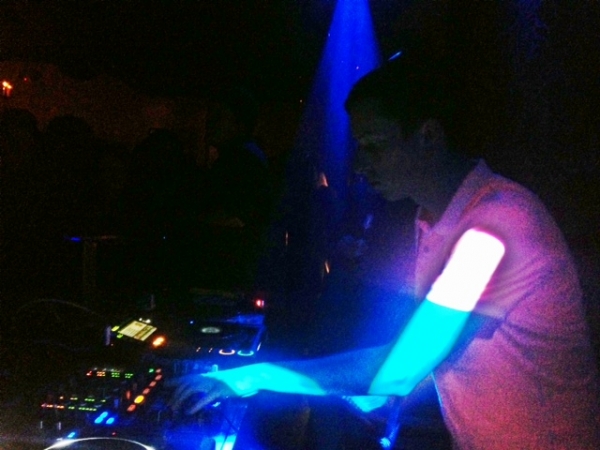 TEED hit the decks at 1 a.m. sharp, opening his set with a dark and moody mix of LCD Soundsystem’s “You Wanted A Hit”, a great choice to pop things off. A musician who opens a set with an LCD track says one thing to me and that is this: “You’re gonna get the good stuff.” And we did. One of the highlights of the evening for me was when he put on Breach’s new track called “Jack”. If you have not heard this song yet, run to your nearest Google machine and FIND IT. Looking around, everyone was completely intoxicated by the lyrics and sexuality that oozed from this track. It was a joy to see everyone getting their best freak on. The energy was infectious throughout the room last night, and for a Sunday night after the first weekend of Ultra Music Fest, I was impressed with the turnout. I felt the attendance was at perfect capacity; enough room to dance, enough heat to sweat, and enough love to go around.

More highlights of the evening included Frank Wiedemann & Ry Cuming’s sensual track “Howling (Ame Remix)”. It was my first time hearing a remix of this song and I was amazed at how great it works as a dance track. When I played back the original today, it all made perfect sense to me. He then played a dark cut of Frankie Knuckles’ “Baby Wants To Ride”, a haunting addition to the set. And what would a Sunday night dance party be without a little disco? TEED threw out a great mix of Inner Life’s “ I’m Caught Up” which was a great way to lighten up the set after so many deep tracks.

TEED did an ace job of incorporating various styles of 90s, house, disco, with choice nuggets laced throughout the set. Almost every track he played left a big impression on me, which makes me want to know where he goes hunting for his music. His taste is spot on and spooky, creating a tapestry of deep space around the crowd. His last night on his US tour and you could tell he was having a fun time, as were the audience. Each DJ provided amazing vibes at this showcase, and I look forward to future good times with these DJs as my soundtrack!

I completely agree with the comment on the Breach track. Its been stuck in my head since I heard it at the rudimental show as well as at TEED. Could you identify another track he played that night? It starts off light dissonant noise and its structure simplifies into a repetitive synth that undulates from short stabs to wider womping sounds. I heard it at ULTRA during French Fries’ set, and again when TEED played it. Its so catchy and I’m trying to find it but its impossible to search for a track with no lyrics. Luckily the same wasnt the case with JACK, since its lyrics lend it to an easier search. Would appreciate the help! Thanks and great review!

Great review, my stand out track was Boddika’s VIP of Mercy…I am a huge fan of Joy Orbison and that dark thumpy house coming out of the UK. To here these UK vibes out of Bardot’s system on a Sunday is something I can get used to down here!

hey guys! thanks for the solid feedback

tom – i wish i could tell you what song that is…sometimes it’s too hard to know! but i do have in my notes one track where it sounded like warped out bass slapping… maybe he will see this and help us out with that

thanks so much for the link JesseJ, great addition to the post :thumbsup: