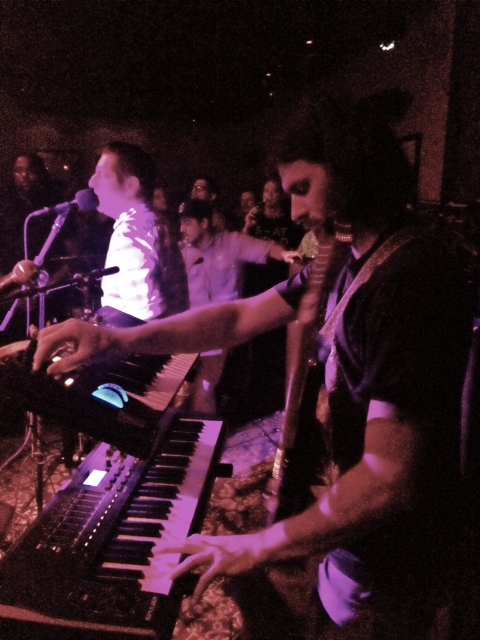 Yet another incredible night at Bardot for theme party “Gato y Disco” featuring Tensnake, PillowTalk, Azari & III, and Mano Le Tough. Upon arrival I felt the spirit of the evening, with ladies clad in bunny ears, and enough sparkles to feel like I was walking into Boogie Nights… I was pretty pissed I didn’t wear my sequin vest. I walked in during Tensnake’s set, which was scheduled to kick off the evening.

Because Pillowtalk and Azari & III are more than one man, they require more gear and instrumentation than what lies within the DJ booth. This was the cause of disconnect during Tensnake’s set, where the energy between audience and DJ was hindered by the gear spread out in front of the decks for the upcoming acts. This space between DJ and dancers was enough to make one feel a bit abstracted from the sounds that Tensnake was putting out. While I feel it would have been better to have the live acts go before the DJs, Tensnake overcame the challenge and gave us some great little gems. His set included his popular hit “Coma Cat”, which left him with a shit eating grin on his face when he built the song up for the drop. The biggest highlight for me was his closing track, a Gigamesh remix of Radiohead’s “Everything In Its Right Place”. I’ve been stuck on this remix since Juan MacLean threw it out on New Years Eve at Brooklyn Bowl, and this is the second time I’ve heard it live now. This remix is balls to the wall amazing, and I highly recommend a listen to everyone. 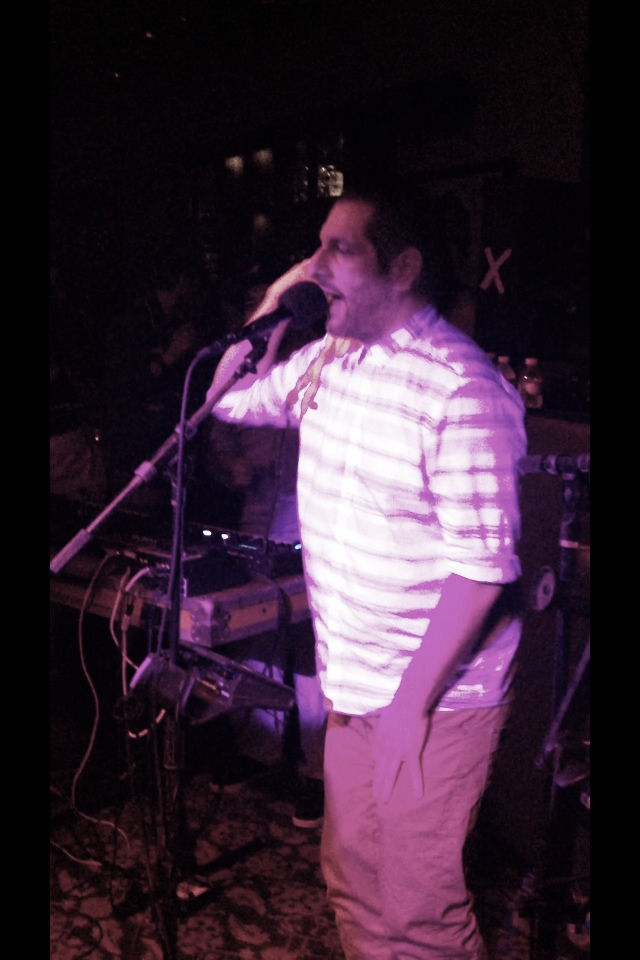 Next up in the evening was PillowTalk, a band I was not familiar with. I had never heard of them until last night, however, a fan in the audience assured me that I was in for a treat. That was an understatement. PillowTalk is Sammy D (vox), Ryan Williams (keys/vox) and Michael Tello (beats). The three of these guys had a verve that was explosive! Sammy D’s vocals were strong, on point, and original, with some songs being run through various vocal effects to create a really unique electronic sound. The lyrics of PillowTalk had me smiling big time, and reflect something we can all relate to: love, heartbreak, secrets, and sex. While Sammy D sang, “I wanna feel you, I just wanna get inside. I wanna squeeze you, and take you for a ride. Just let me touch you, touch you all night long,” Tello threw down the beats and Ryan did some great things with spaced out keys and a deep bass effect coming from his Novation. They’d played a track called “The Outcast” which featured a verrry dirty bass line, again provided by Ryan on his Novation. Singer Sammy D’s energy and aura wer genuinely kind and visceral, with sparkles of zest and conviction. When you see that in performers, you feel closer to them knowing that they still maintain some aspects of humility in their talent.

Azari & III took the “stage” next. I use the term “stage” loosely because it was really just an area rug laid out in front of the DJ booth. This layout had the crowd surrounding the band, and while it was fun to be so close to the musicians, Azari & III’s performance could have used more of a stage in order to showcase their lively dancing and performing style. A&III are a 4-piece house/EDM group from Canada which includes two producer/DJs and two vocalists. Their set drew upon high energy dance tracks reminiscent of the 80s and 90s, their personal style reflecting those eras as well. In a nutshell, their set was a celebration of dance and freedom, with singers infusing their dancing with African flavor while they sang their hearts out about music of the mind, peace and love, and the rhythm of our lives. Their set included their number one song “Reckless With Your Love” in addition to most other tracks from their eponymous album Azari & III.

Closing out the night was DJ Mano Le Tough, hailing from dance music center of the planet, Berlin. His set included house music with melting melodies and warm tones laced throughout. He played an XX remix that had everyone grooving, and a really cool track that sounded like we were transported to the Australian outback. Mano Le Tough was a perfect way to end the evening after such high energy acts – he brought things back down to a level that kept the room raving, yet prepared people for the end of the night. It is a true talent to know what tracks to put out which will complement the placement of a set in the evening.

Hey I am so excited I found your website, I really found you by accident, while I was searching on Yahoo for something else, Anyhow I am here now and would just like to say many thanks for a tremendous post and a all round enjoyable blog (I also love the theme/design), I don’t have time to browse it all at the minute but I have bookmarked it and also added in your RSS feeds, so when I have time I will be back to read more, Please do keep up the awesome job.
home page http://matsapa.co.za/index.php/component/k2/itemlist/user/49885