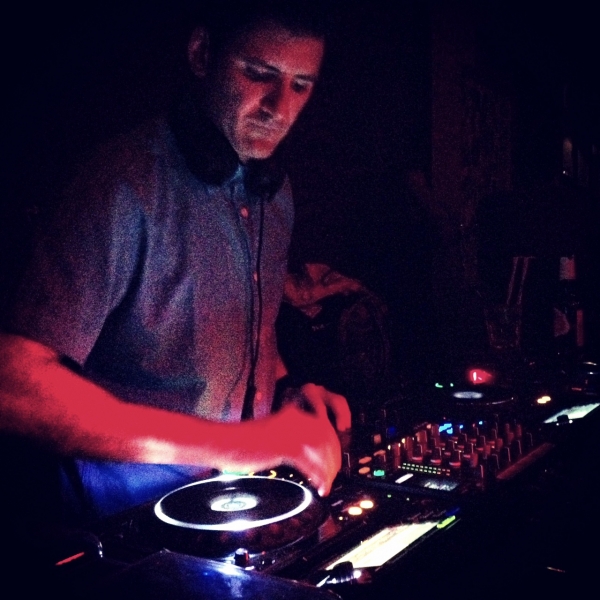 Last night Bardot had a stellar lineup for the evening, with DJs Alex Metric, Aeroplane, Destructo, UZ and Oliver. Each one having talents in their own respect, when rolled into one evening together they became the Fierce Force Five. It was obvious that all of them were having a great time together, gathering around the decks taking pictures, dancing, and socializing when they weren’t firing up the controls.

The night kicked off with Destructo as he opened his set with NiCe7’s “It’s Time to Get Physical” which was a crowd favorite right off the bat. Though attendance was sparse around 12:20am, the love for the music was not lost. Destructo chose tracks that warmed the room up in no time, while more people shuffled in to get loose. He dropped a remix of Lana Del Ray’s “Summertime Sadness”. I initially thought the vocals were that of Rihanna, but as the song continued I recognized the voice to be Lana Del Ray. While not really a fan of her, this song was incredible in lyrics, vocals, and remix value. The remainder of his set was filled with some nice little break beats and house tracks, bringing us into Aeroplane’s set which queued up around 1:30am. 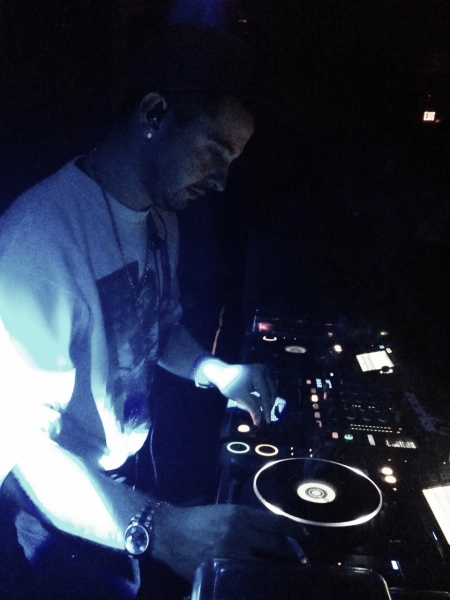 Belgian DJ Aeroplane, aka Vito De Luca, opened his set with a R&B track featuring catchy beats and the female vocals of Teedra Moses. “Just Wanna Be Your Girl” has got enough neo-soul infused in the track to get you moving. His set continued with more R&B grooves infused with house beats, to which a guy in the crowd yells, “Hey buddyyyyyyyy”… It was that good. There were lots of female vocals featured throughout his set, one of those tracks being his remix of Alex Metric’s “Rave Weapon”. Aeroplane’s version of this song features a voice that is reminiscent of Whitney Houston. Another highlight of Vito’s set was when he threw on some 70s porno funk infused with heavy beats, which turned out to be the H.O.S.H. remix of HNQO’s “We Do It”.

As if these two acts were not enough, the night was about to get hotter with the introduction of Alex Metric on the decks. A popular UK DJ/Producer, Metric is well known for his remixes of bands like the Gorillaz, U2, Depeche Mode, and Beastie Boys. Metric opened his set with his remix of the Gorillaz “Stylo” which features an absolutely kinetic interchange of disco and the original track. As if Damon Albarn’s voice wasn’t awesome enough, the production on this track makes him sound a million times more tripped out and spacey. Such an incredibly dynamic and vibrant track, it even besought an audience dweller to blurt out, “I LOVE THE DISCO MUSIC!” Hell yeah, kid – we all do! Metric dipped into a 90s instrumental jam that I feel certain was Black Box’s “Everybody Everybody”. Talk about memories! People had their hands up in the air for that one. 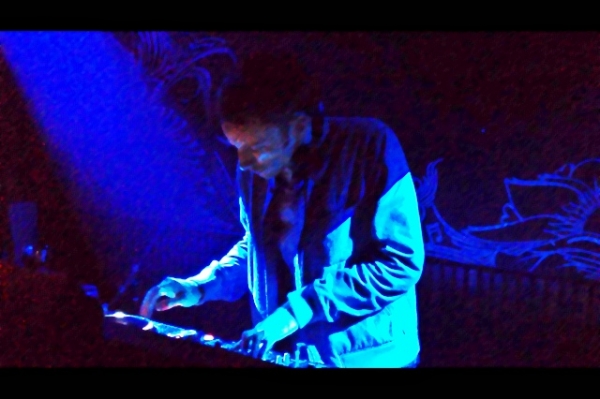 Other tracks included Duke Dumont’s “Need U 100%” which solicited a crowd sing-along, and his rendition of his own track “Rave Weapon” featuring male vocals this time. It was during “Rave Weapon” that the lights above the decks began flashing wildly to the beat and changing colors. I have to say that this was the most light action I’ve seen at Bardot, and it was wonderful. Adding this visual layer to his set was all aces in my book… perhaps Bardot should do more of that. He closed his set with a remix of New Order’s “Blue Monday” which segued into his own track called “Motion Study”. To put it simply: this is my new favorite song. He brought us to the tip of the iceberg on this track, exploding into a sensational dance party with everyone’s hands in the air and massive smiles plastered on everyone’s faces. Well done, mate.

Next up was Oliver who wowed the crowd with his knee deep bass tracks, and one of his own called “Control”. “Control” seduced an explosive reaction from the crowd, being one of the songs people recognized and loved. He also played one track that was straight up robot shit. I don’t know how else to describe it other than it was an illegible robot muttering about six different words, repetitively. To borrow a phrase from Little Britain, “Computer says noooo!”

The end of the night gave us UZ, a masked man with a bandana covering his face; the Banksy of the music scene, if you will. Apparently he never reveals his true identity, and remains the mask on the milk carton to most. I was able to catch him drop (once again folks) Alex Metric’s “Rave Weapon”. It was a great bit of comedy to have 3 different DJs in the night pay their respects to that song (and Alex Metric, essentially). Whether or not they were trying to play around and be funny, I found it entertaining. That being said, all good nights must come to an end, thus my adventures took me homeward bound after an epic night of music and camaraderie.

FYI if anyone is wondering what the Lana DelRay remix was, it is done by Lee Foss: http://www.youtube.com/watch?v=_RPD8-tjyBk

Excellent overcome! I will newbie all at once because you fix your website, just how might i actually subscribe for any blog site web site? This accounts aided us a appropriate cope. I’ve been a small amount comfortable on this your own broadcast offered outstanding obvious notion