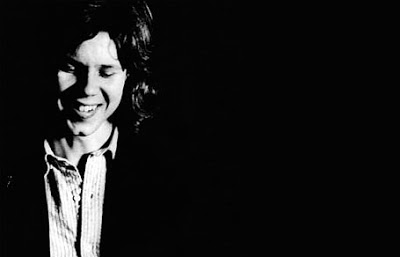 Last week, the first installment of Throwback Thursdays premiered with a pretty dancey track. This week, I decided to slow things down with Nick Drake’s emotional and poignant track, “Place to Be”. Nick Drake is one of those artists that, every time he pops up on my shuffled iTunes, I let out a dramatic groan of “Ughh, I love him so much” (seriously, ask anyone that is around me while I listen to music, it’s pretty irritating). His story is one of the most mysterious and tragic in music history, if you ask me. When he first started making music, (his first album debuted in 1969), his music was hardly on the radio. “Place to Be” comes from his last release in 1972, called Pink Moon.

Shortly after this release (2 years to be exact) at the ripe age of 26 years old, Nick Drake died of an overdose of prescribed antidepressants. Drake was noticeably despondent, a few years earlier having retreated to his parent’s home and refusing to participate in interviews or live performances. There is no footage of him in his adult life, only a handful of still photos that are tinged with an eerie glow of desolation. His music seems like a direct reflection of his reclusive nature- quietly beautiful, with a distinct acoustic texture that blends perfectly with his weary words. “Place to Be” is by far my favorite song by him, perhaps because it was the first time I experienced his music, it felt like my world had stood still to allow the song to take over. Cheesy, I know, but I mean #yolo right? Anyways, it’s the flawless balance of simple yet evocative lyrics and a god damn perfect, soul burning, melody that makes this song so timeless.