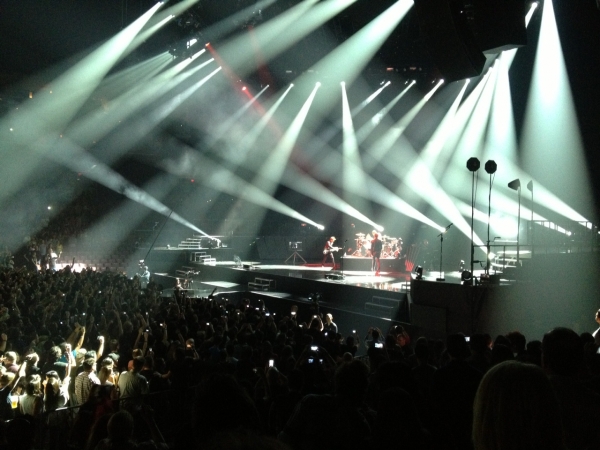 Last night, in support of their latest album The 2nd Law, Muse trekked their way to Sunrise to perform at the BB&T Center. It was a show full of rockstar moves and anthemic moments of musical splendor. To start the night off right, was opening band Dead Sara. All the way from Los Angeles, Dead Sara was a good old, no bullshit rock band. They weren’t messing with any low key underdog status, and frankly they didn’t seem to give a crap about “indie cred”. They had a stadium sound and definitely knew it. They took to the stage with a rockstar confidence that carried them on high ground throughout their set. They didn’t play like they were openers, they commanded like headliners- yet didn’t have an air of arrogance either, which is a tough card to play. I had a very Wayne’s World reaction to lead singer Emily Armstrong, (“Man, she can wail”). She carried herself like a true frontman and rather than relying on her sexuality, was uninhibited and bold which made her stage presence all the more appealing. Dead Sara knew exactly what they were doing, and by being loud and fearless, they stood out as openers. I see a great future for this band. 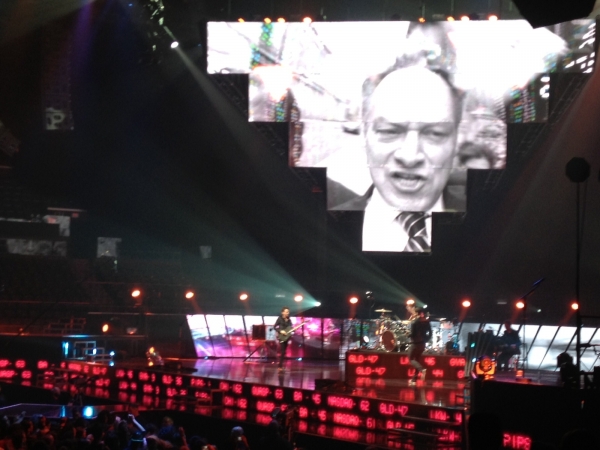 When more and more people flooded into the venue (as per usual, Miamians refuse to come together as a whole for an opening band) stage hands took to the skies on their harnesses, to set up what would be a spectacular light show to come. And it WAS a spectacle. From the beginning of their set, commencing with “The 2nd Law: Unsustainable” things took a turn for the cinematic. Even more so when they flew into “Supremacy” which sounds like it could be in a Bond film. The quality of their sound was on a whole other level than other live bands out there. Usually, I’d say I kind of hate stadium shows, but with Muse it’s a whole other experience. When they were musically water birthed, they must’ve swam straight for an arena. Their music goes hand in hand with HD screens that move around a stage, lasers that shine across thousands of faces, and sunglasses that spell out the lyrics of your songs in multicolor on the lenses for the entire stadium to see as you shove your mug into a tiny camera that is connected to one of the many platforms across the stage…(that actually happened). 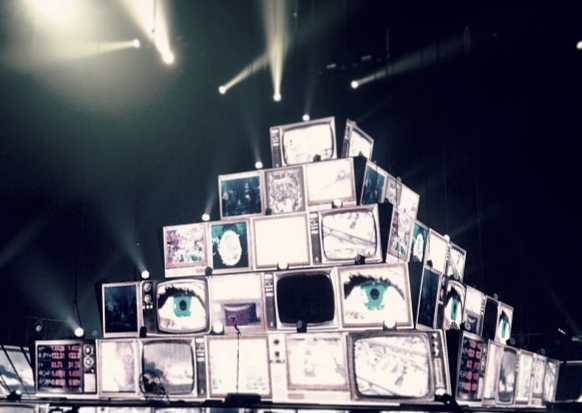 But besides the visual magnificence that was prevalent throughout the show, it did not overshadow the impeccable eminence of the noise they created on stage. I would say it was just as good as on record, but I feel that would be a bit of an understatement. Hearing Muse live is seeing all of their concepts realized to create one monstrous creature of sound. Each band member brings a quality with their instrument that, when compiled into one, manifests each song like a masterpiece. The theatrical nature of their music kept the band making (literal and figurative) leaps and bounds that kept the audience’s eyes pinned to the stage throughout. It was hard to look away from lead singer Matt Bellamy as he sprung about the stage and hit the highest of notes. He’s one of those singers who knows exactly how to pull away from the microphone enough to make his voice fluctuate in and out from quiet to loud. 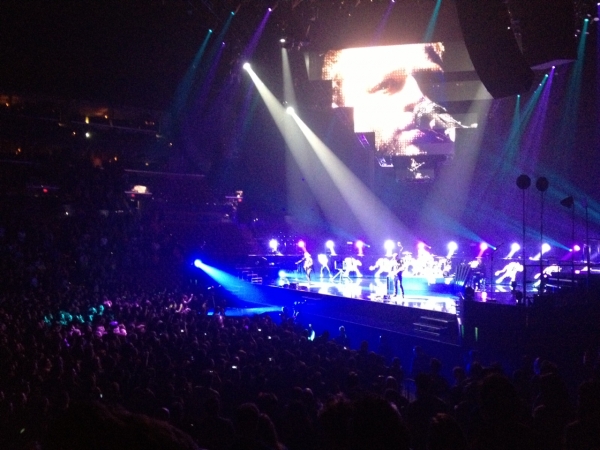 One of my favorite moments of the show though, had to do with the crowd when Muse left the stage. In encouragement of an encore, fans everywhere lit up the flashlights on their phones, and by illuminating the venue, made their own galaxy of stars. Soon after, Muse ran back onto the stage, and quite fittingly, played their hit “Starlight”. The energy of the band reflected back to the audience as we jumped and danced the night away. Not a bad way to spend a friday night. is it? 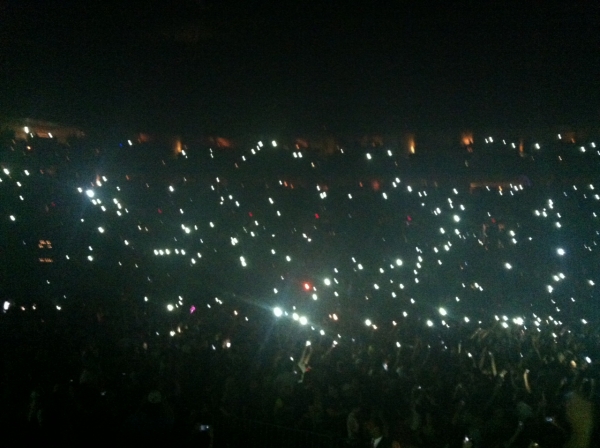 It was a lovely evening. Most talent I’ve seen in my lifetime and I’m old