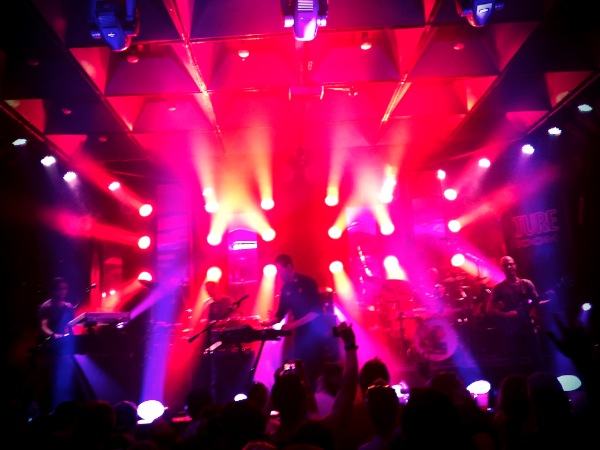 Oh, Lotus. Nothing makes South Florida squirm (in the best way possible) quite like you. We all know Lotus doesn’t come around here too often, but the lords of music had a special plan for many of us on Friday night: open up with the chords of Matthew Bellamy and the intensity that is British rock band, MUSE – but then scurry on over to Culture Room for two sets of the sweaty, healthy vibes of Lotus. 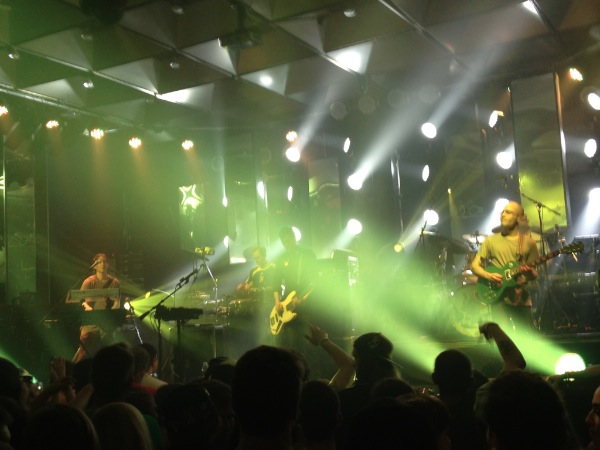 So here’s the low-down: tunes were thrown from all directions, both old and new, high and low. The melody of the crowd’s dancing feet was what made this show all the better. While the floors were packed closer than a can of sardines, I couldn’t help overhearing concertgoers both old and new scream in bliss, “This is the best show I’ve ever seen at the Culture Room!” While I couldn’t agree more, others could only wish that Lotus, while beaming from the stage (quite literally), could have picked a slighter larger venue. 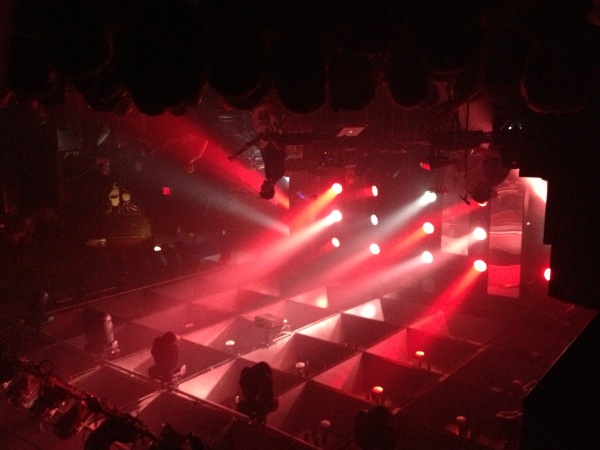 Second song in, “Suitcases” stole the show as being a notable throw-back. It was a moment where the crowd first lost themselves in a trance, and would hold true for the rest of the show. When the first set came to a close, it seemed like the entire South Florida music family filtered out from both upstairs and downstairs to get their moment with some good ol’ oxygen. Hugs were given (believe me, a TON of them), friends were made, and in-between set moonwalks were attempted. A few friends pondered about the opening song for second set, and big bets were placed on Spiritualize. Too easy, I thought, but we’ll see.

Second set seemed to start before the music ramped up, as people swarmed around the stage once again to secure their spot with a light-show that danced harder than their own two feet. Lotus opened the second set on a good note with new song, “What Did I Do Wrong?” Second song in, whatdoyaknow, it was time for some “Spiritualize,” at last! 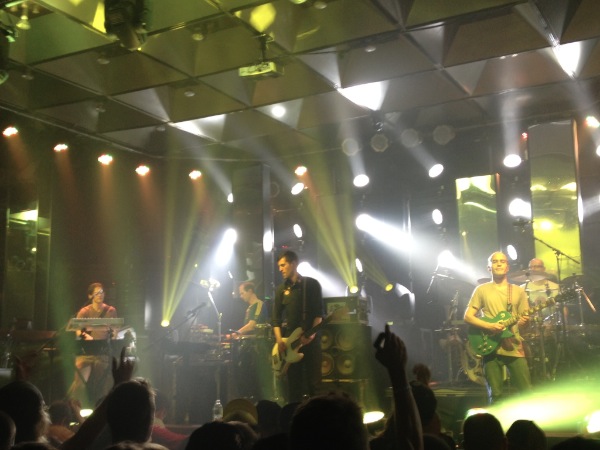 Overall, I would give Lotus at the Culture Room an enthusiastic two thumbs up, an awkward shimmy, and a rating of 9.5/10. The only thing lacking was room to breathe, but who needs that, right? Lotus put on a stellar show, but I can’t remember a performance by these talented musicians that was any less. My biggest hope from the night is that Lotus will see how much love they have down here in South Florida, and come rage with us more often. Let’s raise a glass to that!

“What Did I Do Wrong?”
“Spiritualize”
“In an Outline”
“Cannon in the Heavens”
“Lead Pipe “->
“Intro to A Cell”
“Behind Midwest Storefronts”
“Harps”

One Response to “Review: Lotus at Culture Room 2/22”