Review: Desaparecidos at The Beacham Orlando 2/19 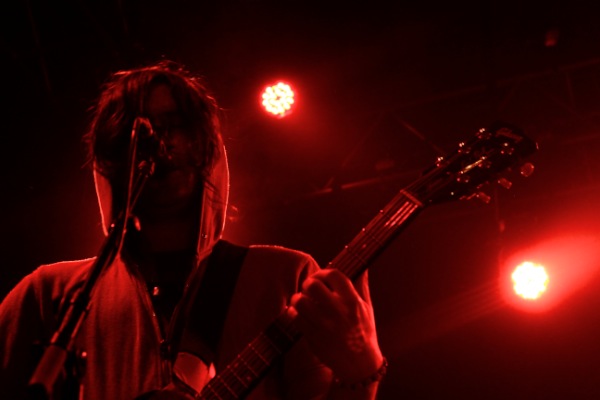 I don’t think I’m alone in saying that seeing Desaparecidos in Orlando re awoke something in my musical heart that has, for a while now, seemed burned out. With a not so sudden influx of mellow electronic and “indie” bands that have clogged the filters of good and bad music, I’ve got to say, I needed this kind of show- and so did everyone else. Feeling stuck in a pattern of sway dancing and monotonous head bobbing, it felt incredible to rekindle the fire that great punk music burns so scorching hot. 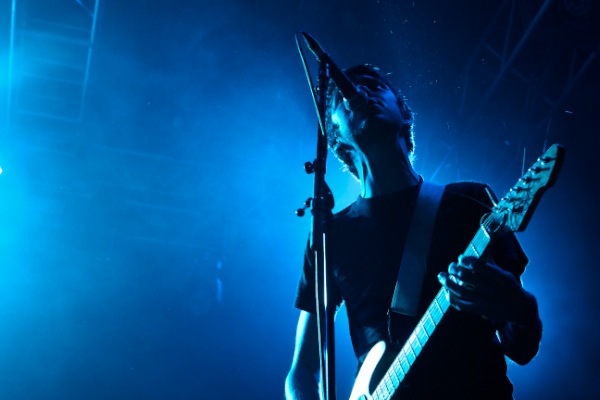 Tuesday night at the Beacham was a night of needed revitalization. Not only was it a long awaited return from Desaparecidos, Conor Oberst’s one album band of 2002 that seemed to disappear at the peak of what could have been the perfect start to years of angry clamor, but it was a revival of the passion and rage of punk music that has been obscured by all things pretty and acoustic. A key in throwing the show back to a time where people shouted their feelings rather then spelt them out on their laptop’s Garage Band program, was the opening band Joyce Manor, whose second album was released last year. 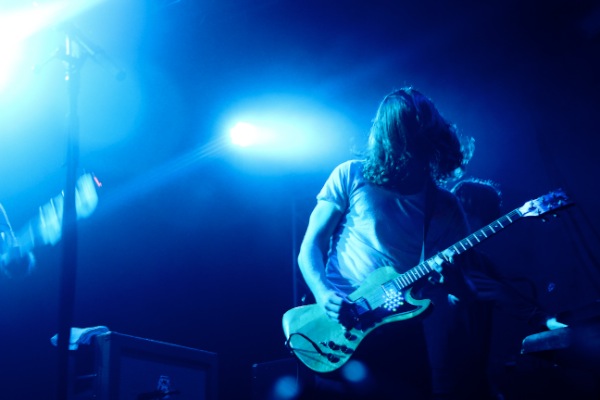 The California native’s presence on stage threw the crowd into a wild frenzy, and at the first word lead singer Barry Johnson bellowed into the microphone, had them crying out every single lyric. Fists punctured the air, vocal chords scratched, and bodies were thrown as fans crowd surfed and reached out with hungry fingers towards the band. Their music was a bullet of nostalgia caught by a clenched fist of anger and regret. They captured the angst and fed up frustration of youth unlike any other band I’ve seen as of late. Their live show was stock full of unpolished emotion, and simultaneously made me want to punch a friend, kiss a stranger, and scribble my worries on the face of the world for all to see. 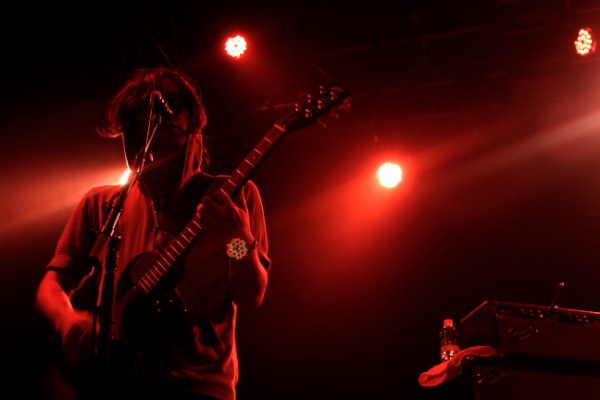 With Joyce Manor filling the venue with anxious energy, the audience couldn’t be more ready for Desaparecidos to take to the stage. When they finally did, they were played in by a prerecorded tirade that took hits at the NRA, Obama, and others (though most of the words ended up drowned out by the shrieks of ecstatic fans). The entrance set the tone for how the rest of the night would be; outrageously political, emotionally adrenalized, and seriously sick of the government’s shit. Throughout the show, Conor would dedicate songs to different figures of society’s current events, further more proving that Desaparecidos’ reunion was nothing of coincidence-but rather- a probable reaction to the times and the relevance their music has 12 years later. 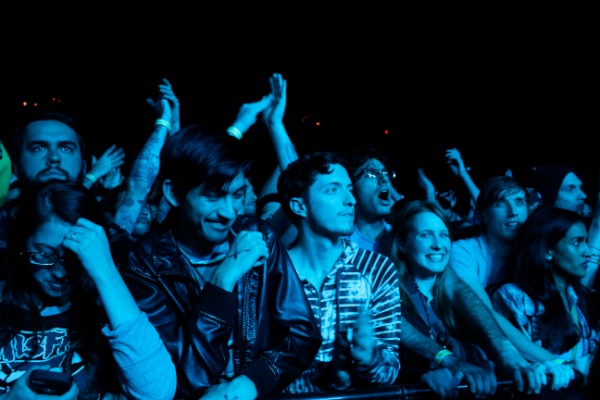 With long bangs shielding his eyes, Conor and the gang dove amp first into their recently debuted “Left is Right”, his voice straining as he sang the closing lines, “If one must die to save the ninety-nine, Maybe it’s justified. The left is right, We’re doomed”- furthermore reiterating the strength that such a voice can have when the words are sung in the context that needs it. The rest of the night ensued with unfaltering energy throughout the venue, from the band on stage to the front row fans who sang fervently along to the lyrics of their favorite band that once was. Mosh pits formed, and voices were lost. Though the themes that prevailed weren’t really ones of happiness and sunshine, Conor wasn’t all doom and gloom as he reminded us to love each other, otherwise none of it would really matter. Closing out the show with the album’s last track, “Hole in One”, The Beacham rallied up even more fire knowing that the band they’d thought they’d never see again (or ever) would soon leave the stage. But as they departed, fans were left with sore necks, battered ear drums, and a fortified sense of why Desaparecidos ever meant so much, and all that they can mean now. 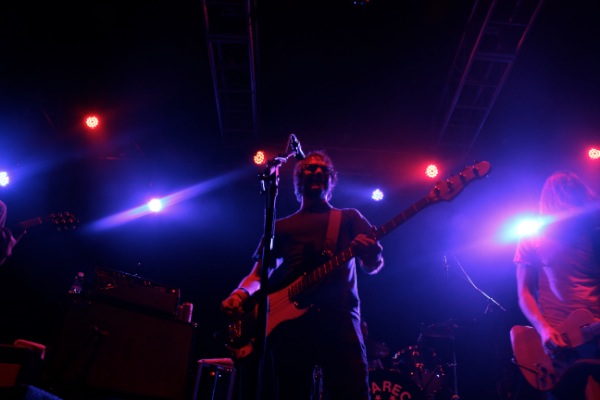 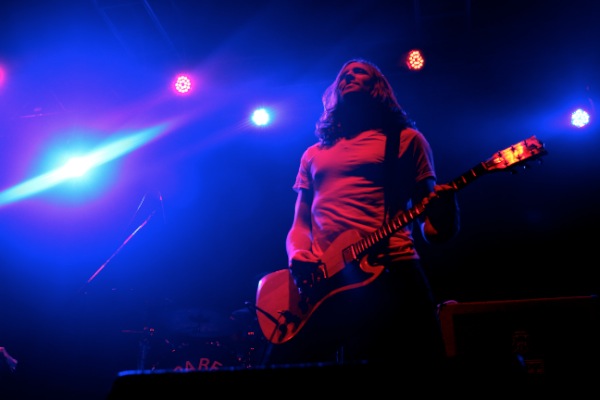 3 Responses to “Review: Desaparecidos at The Beacham Orlando 2/19”

A true punk band-refreshing to hear…

Thank you for the good writeup. It actually was once a amusement account it.
Look advanced to far introduced agreeable from you!

By the way, how can we be in contact?