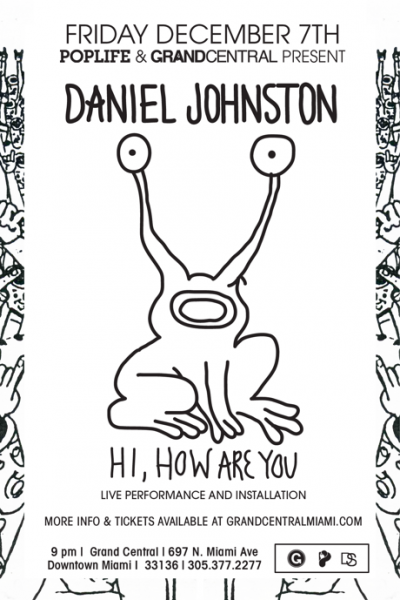 Daniel Johnston has spent the last 20 years exposing his heartrending tales of unrequited love, cosmic mishaps, and existential torment to an ever-growing international cult audience. Johnston is also a successful artist with showings worldwide. His most famous piece is his iconic Hi, How Are You? mural, which Nirvana leadsinger Kurt Cobain catapulted to pop culture familiarity by wearing a t-shirt version during the Nevermind tour. In 2005 the documentary The Devil and Daniel Johnston premiered to high acclaim in which the manic-depressive genius is revealed in this portrait of madness, creativity and love.

3. The winner will be chosen on Thursday, December 6th at noon.