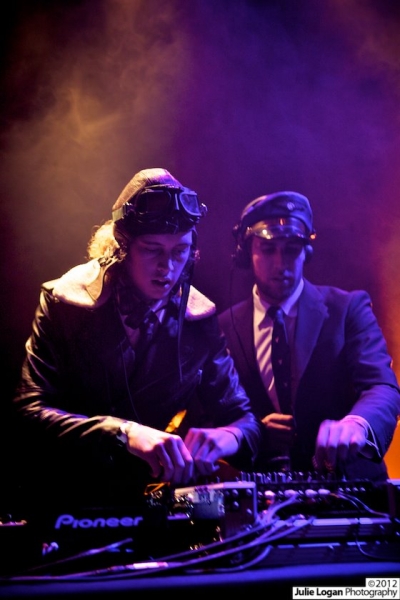 Last night the dimly lit living room-esque lounge in Midtown, more commonly known as Bardot, celebrated 3 years of showcasing unique musical talents from around the world. Most notably, Bardot is known for its ambiguous building that has no sign and sits quietly on the Midtown strip. Without the long line of industry playmakers, hipsters, artsy folk, and stylish citizens waiting outside in anticipation, you wouldn’t know this spot existed.

My experience with Bardot has been mostly good, but many complain that the people who go there don’t really care about the music. These people assert that the Miami socialites that regular Bardot are there to be seen rather than for the great music. Yesterday was special because it was a celebration of accomplishment and appreciation for a venue that has facilitated Midtown’s growth and success.

As I entered the club, Pirate Stereo’s DJ set inundated my ears; the place was packed with dancing bodies floating around. A great thing about Bardot that separates it from other Miami venues is their sound system. The bass is so crisp and doesn’t reverb off the walls like in many clubs; there’s no slap back, which makes for an enjoyable auditory experience. But if the music sucked, the sound wouldn’t matter at all…good thing they have a first-rate taste in music!

Pirate Stereo was awesome; I couldn’t have conjured a better opener myself. I was expecting nu-disco, but I was pleasantly surprised to hear funky house with a sexy Latin vibe. They really got the crowd going with a great selection of deep dance floor cuts that were well blended. Everyone was smiling and dancing to the infectious beats. “It was one of the best vibes I’ve ever felt at Bardot,” said local DJ Aleah Axiom. Pirate Stereo continued to get the crowd pumped and around 1 A.M. the fun-loving Australian duo Flight Facilities took to the decks.

Flight Facilities music can be best described as sophisticated and sexy disco that has a chill element to it. The duo played a mixture of genres, spanning from deep house to nu-disco, full of funky bass lines, sexy beats, and memorable vocals. They are best known for their remixes and the single, “Crave You” an incredibly catchy song with a “lesbian crush” storyline. They dropped a groovy remix of “Crave You” last night and everyone went nuts. “Why can’t you want me like the other boys do? They stare at me while I crave you,” sang all the boys and girls.

Interestingly enough, the duo is known for being quite mysterious—taking down their Wiki page, fabricating stories about their lives and where they’re from (Sydney, Australia) and other shadowy shenanigans. But the duo doesn’t care about all of that rubbish they just want to release music that people enjoy. Flight Facilities does not care if you know about them; they only care about making great dance music that people will enjoy. In the same way, Bardot is quite mysterious devoid of any signage that could attract patrons, but that’s part of its allure.

Although I wouldn’t call the music Flight Facilities played last night “chill,” they maintained a light-heartedness that made for such a great vibe. Their energy behind the decks was palpable and last night we all celebrated life and a deep-seeded love for dance music.