Review: Band of Horses at The Fillmore Miami Beach 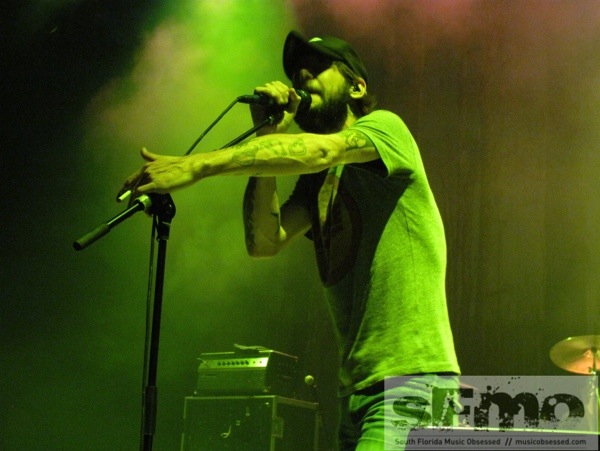 Before seeing Band of Horses last night, a friend and I jokingly predicted that it would be a “Dad concert”. Yes, then we spammed our Twitter with the hashtag because we thought we were OH so clever. But upon entering the Fillmore, we found out we were really onto something. Dads everywhere! Not to say that everyone in attendance was a father, but a hell of a good percentage of them definitely could’ve been. What I believe though, is that an audience filled with men (and woman) who had to find a babysitter to be there is a sure sign for a good show ahead, a pleasant foreshadowing. This is because, it could be assumed, that a musically conscious parent (as I like to call them, #hipdad #hipmom) has been musically conscious for quite some time now and knows a thing or too about good music. Yes, budding music bloggers- I wont exclude myself in this one either- Hipster Dads know they’re shit! There are definitely exceptions to this theory though, for instance just because there are copious amounts of dads at a Nickleback or Creed show (#brodads), does NOT mean it will be a good concert. Thankfully though, we were at a Band of Horses show where hearty beards outnumbered Ed Hardy t-shirts. 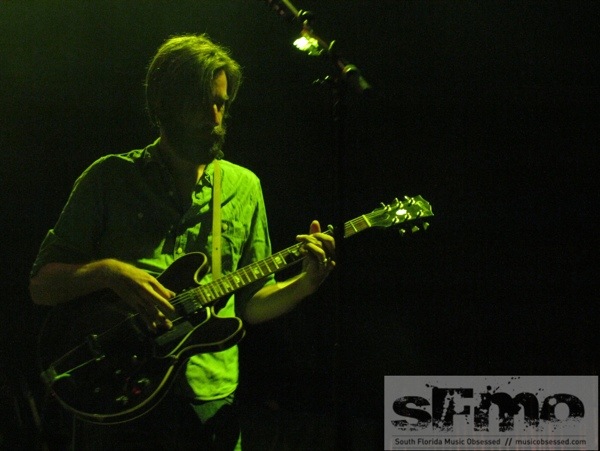 Prior to Band of Horses though, dads and 20 something year olds alike jammed out to Floating Action, a band who self describe themselves as “lo fi Carolina funk”, which is right on the money if you ask me. Each band member looked like they could either be your local librarian, barsita, hardware store employee, psychology student, or vegan cupcake store owner. They just looked like the nicest fellows. Though their melodies “floated”, if you will, smoothly throughout their set, each song had a very fixed bass and drum beat. Their bouncing rhythms combined with sweet and sour refrains made them folksy and funky- a treasured marriage of styles. They had two drummers who played in sync with one another which gave the songs a very full sound and also an engaging visual component. I almost wish they had more vocal harmonies though, because when they did, the music became a lot more layered and added a textural element that could work well with their sound. 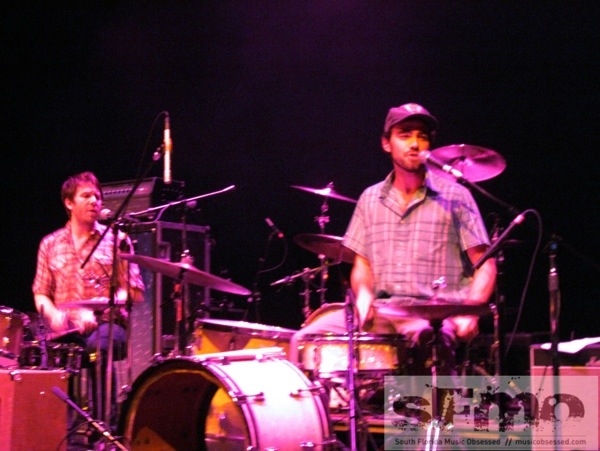 Quickly after their set, the two drum sets were dragged off the stage and replaced by patterned rugs, a backdrop of leafless trees appeared, and the Fillmore was transformed into a really really big cabin. Shortly thereafter, Band of Horses took to the stage, and dove into the new song “Motor”. They immediately emanated an organic and raw quality in their sound that is ridiculously refreshing in a new and sparkly world of electronica and artificial noise. In ways they reminded me of Nick Drake- not in musical style, but in the grounded quality that so many of their songs carry. Their music is very much in this real world, and so is their live show. Rather than using their music to manifest some fantastical place, they keep things at a human level which makes them extremely likable- through their music and while on stage. 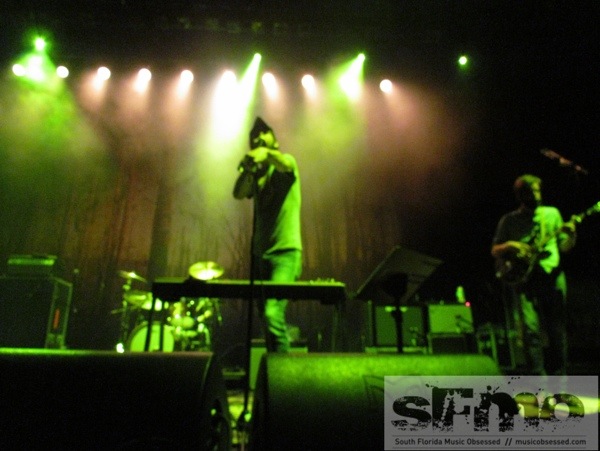 None of them wore a rockstar facade and there was no air of pretentiousness. During crowd favorites like “The Great Salt Lake”, “Laredo”, and “Is There a Ghost”, (as well as during every other song) one particular overzealous fan FLIPPED OUT. Hugging his bros, jumping frantically, dancing without a care and flinging his arms out like the biggest of fan girls, he got quite into it. Not everyone reacted in this same Beatles fan-esque way, but quite a few people did get down and jammed the night away as frontman Ben Bridwell sang in his soulfully striking style. They closed the show with the long awaited single, “The Funeral”, and things got explosive. With one of music’s best build ups, the quiet intro erupted, and the audience went wild. The turbulent power and the twists and turns of that song was a perfect way to end their set. Not long after though, Bridwell and lead guitarist Tyler Ramsey took to the stage and played two gorgeously delicate songs together (including “Ode to LRC”) before the rest of the band joined them to close out the fantastic with show with “The General Specific”.

One Response to “Review: Band of Horses at The Fillmore Miami Beach”

What a Show!!! I had such a good time that night. The bands were spectacular. Not only did they perform well, but they truly seemed to be enjoying themselves. The camaraderie between bandmates, as well as between bands, was evidently displayed and gave me an awesome vibe. “Before seeing Band of Horses”… I went to see a band, whose music I liked, but didn’t know all too well, aside from the “hits”. My wife and I expected the opposite, we joked that it would be mostly teens and twentysomethings. ( That’s right, we’re the “Dad concert” crowd, but I like the hipdad/mom reference better, lol). You see, my 18 year old son introduced me to the band through a skateboard video a few years back. Unfortunately, he had a class that night and couldn’t attend (bought him a shirt). So to sum it up, I went to see a group I liked and left a fan. Band of Horses is one of those bands that put out good records, but to truly appreciate them a live show is a must. I will never miss an opportunity to see them again.