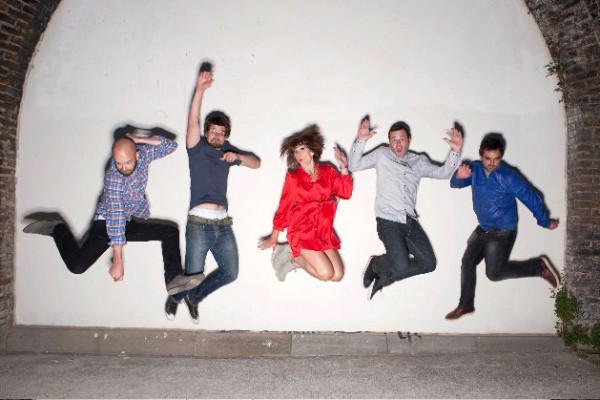 The Electric Pickle is one of Miami’s premiere spots to see the best talent in underground dance music—no exceptions. And as usual, they delivered last weekend with a double header consisting of a live performance by Crazy P Soundsystem on the newly renovated Pickle patio and Basti Schwarz, one-half of the legendary group Tiefschwarz, controlling the decks upstairs. The two artists have very different styles of dance music, but their differences played out seamlessly at the Pickle, creating a juxtaposition of day and night, light and darkness. Let me explain…

Crazy P Soundsystem’s live performance consisted of an improvised DJ set-up where he played his own tracks coupled with a keyboard and accompanied by live vocalist Danielle Moore. As the room filled with sounds of slinky underground disco and shimmery pop infused with deep house, the patio turned into a human dance floor. We had all caught the “soul” bug and once bitten, limbs flail uncontrollably and your booty shakes in frenzy. Crazy P was laying in the cut (old-school hipster talk meaning “finding your groove or staying deep within it”) and the crowd whistled and cheered in approval. I felt like I had gone back in a time machine to 1977 with a disco ball illuminating the patio and whimsical female pop vocals reminding me of Donna Summer’s “I feel Love.” It was a party celebrating bright funky dance music—a different sound then what we were to experience with Tiefschwarz—serious techno.

As we made our way upstairs and the heavy bass began to flood my ears, I felt like I was going from heaven to hell (in the best way possible). Compared to where we had just come from, the music Basti played was its shadowy twin sister—equally as groovy and oozing with sexiness, yet much deeper and darker. And this makes sense, because the group’s name Tiefschwarz  means deep black in German. Their passion for the darker side of house has made them a classic trademark at minimal techno/ deep house music festivals.

Even though it was only Basti on the decks (his brother Ali was absent), he represented the Tiefschwarz name by sending everyone in the room into an unknown dark abyss of bottomless bass. The more his set progressed, the deeper he brought us. His song selection had fantastic depth and many included enduring vocal samples, like Dan Ghenacia’s remix of “Distraction” by Anthea. The whole place went nuts when he dropped that track with everyone singing “I can’t dance when you’re next to me, oh no…” His dance floor weapons were lethal and trapped everyone in the room.

It was a great Art Walk after party with a fusion of opposing sounds in dance music—one full of bright funky disco and the other comprised of profound techno that dwells in the darkest of places. But in the end, we were all brought together by the relentless dance breaks that made us bounce, shake, hop and groove all night long.