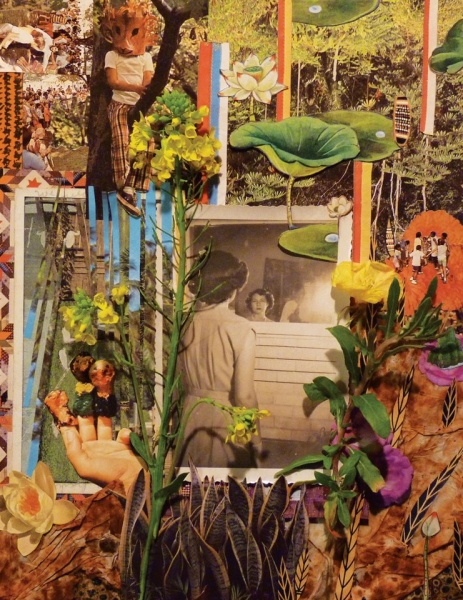 Imagine Simon & Garfunkel having a love child with the French band Air. Their beautiful sonic creation would be Levek, an intricate project named after the front man, songwriter, and musical factotum, David Levesque. But it’s not even fair to label Levek with just one or two bands because his profound sound is layered with genres spanning from 70s funk & soul, psychedelica, lo-fi dream pop, jazz, bossanova, singer-songwriter, electronica, and Indie folk-pop.

His debut album, Look a Little Closer, will be released on September 25 through Lefse Records. “My inspiration was to make an album that I’ve always wanted someone else to make. Something that I would enjoy listening to,” Levesque says. Well, he accomplished more than that—he created an album full of colorful sounds that anyone who has ears will enjoy. Seriously, it’s that good.

I read that you were obsessed with Disney as a child living overseas. Around the blogosphere, you’re known for developing a “Mickey Mouse tribal sound” as it has been deemed. What was it about the movies or music that influenced your unique and cohesive sound?

David Levesque: I’ve always enjoyed the idea of interpreting visuals. Listening to soundtracks played a big part in that love.

You mention that your debut album kind of came together through a commonality in the lyrics about a girl’s struggle with mental illness and how she overcame the odds through finding shelter and trust in family and friends. Was this a story that you created or are these lyrics based on a true story about someone you know? A loved one? How did this idea arise?

David Levesque: It was all based on someone that I know. Honestly, the idea came naturally. It seemed like a good time to get some closure and face my demons with this subject.

St. Augustine is where you resided when you created this album. What about that sleepy yet historic town got your creative juices flowing and provided a landscape for your distinct sound?

DL: Actually, I moved to St. Augustine right after the album. During the album I was living in Gainesville, which was a huge influence on the album. We are heavily involved with the creative community here and try to influence each other as often as we can.

With your debut album release approaching, what does the future hold for Levek as far as touring?

DL: We are doing a CMJ tour up the east coast from October 14th to the 27th.

5. Tonight you are performing at Subculture’s event By Way of Wes Anderson, an evening celebrating the talented director/ screenwriter. What is your favorite Wes Anderson movie?

DL: I feel like I get my best kicks from watching Gene Hackman stick it to Danny Glover in Royal Tennenbaums.

Are you planning anything special for the event?